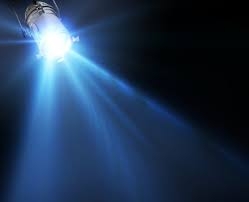 There is "less than vigorous" price competition between the Australian parents of New Zealand's big four banks in the residential mortgage market, the Australian Competition and Consumer Commission (ACCC) says.

The ACCC has released an interim report as part of a Residential Mortgage Price Inquiry. It notes "various references to not wanting to lead the market down," and says the big four banks - ANZ, ASB's parent Commonwealth Bank of Australia, BNZ's parent National Australia Bank, and Westpac - aren't often seen vying to offer borrowers the lowest interest rates.

Additionally the ACCC says many bank customers would be likely to benefit from either switching mortgage providers, or approaching their bank for a better rate and indicating they are prepared to switch to get one.

Are things any different in the NZ mortgage market?

Below is the ACCC's statement in full, and a link to its report.

The opaque pricing of discounts offered on residential mortgage rates makes it difficult for customers to make informed choices and disadvantages borrowers who do not regularly review their choice of lender, a report by the ACCC has found.

“We have seen various references to not wanting to ‘lead the market down’, to have rates that are ‘mid-ranked’ and to ‘maintain orderly market conduct’.”

The ACCC has found that discounts are a major factor in the interest rates customers are paying. Banks offer varying levels of discounts, both advertised and discretionary, but the latter are not always transparent to consumers.

The criteria used by different banks for determining the total discount offered to borrowers includes many factors, such as the individual borrower’s characteristics, their value or potential value to the bank, and their ability to negotiate.

During the two years to June 2017, the average discount across the five banks under review on variable interest rate loans was 78-139 basis points off the relevant headline interest rate.

“The discounting by the big banks lacks transparency and it’s almost impossible for customers to obtain accurate interest rate comparisons without investing a great deal of time and effort. But the potential savings from these discounts are immense,” Mr Sims said.

The report also found the average interest rates paid for basic or ‘no frills’ loans are often higher than for standard loans at the same bank.

“We think many customers who opted for ‘basic’ or ‘no frills’ loans thinking they are saving money would be surprised to learn they might actually be paying more.”

The report’s other key findings include:

“These findings suggest that many bank customers would likely benefit from either switching mortgage providers, or approaching their bank for a better rate and indicating they are prepared to switch to get one,” Mr Sims said.

“It seems existing customers are not being rewarded for their loyalty; in fact they are worse off. For example on a $375,000 residential mortgage, a new borrower paying an interest rate that was 32 basis points lower would save approximately $1200 in interest over the first year of a loan.”

“This is a significant saving,” Mr Sims said.

In addition to examining the way banks make their mortgage pricing decisions, the ACCC’s Residential Mortgage Pricing Inquiry final report will detail if the banks have adjusted their pricing in response to the Government’s Major Bank Levy.

As at November 2017, the five banks stated no specific decisions had been made to adjust residential mortgage prices in response to the Major Bank Levy.

Indeed, one bank considered whether the costs could be passed on to customers and suppliers at a range of different time periods, including after the end of the ACCC inquiry.

The ACCC’s final report will examine these issues further.

On 9 May 2017 the Treasurer, the Hon. Scott Morrison MP, issued a direction to the ACCC to inquire into prices charged or proposed to be charged by Authorised Deposit-taking Institutions (ADIs) affected by the Major Bank Levy in relation to the provision of residential mortgage products in the banking industry in Australia. The Major Bank Levy came into effect from 1 July 2017, and the Inquiry will consider residential mortgage prices for the period 9 May 2017 until 30 June 2018.

The ACCC’s interim report examines the motivations, influences, and processes behind the residential mortgage pricing decisions of the five banks during the period 1 July 2015 to 30 June 2017.

The ACCC is reporting on this period in order to have a baseline against which to compare pricing decisions for the review period set by the Treasurer.

The ACCC will continue to examine the banks’ mortgage pricing decisions and how they have dealt with the Major Bank Levy through to 30 June 2018.

The ACCC has used its compulsory information gathering powers to obtain documents and data from the five banks on their pricing of residential mortgage products. The ACCC has supplemented its analysis of the documents and data supplied by the five banks with data from the Reserve Bank of Australia (RBA), Australian Prudential Regulation Authority (APRA) and the Australian Bureau of Statistics (ABS).

This inquiry is the first task of the ACCC’s Financial Services Unit (FSU), which was formed as a permanent unit during 2017 following a commitment of continuing funding by the Australian Government in the 2017-18 Budget. Alongside the ACCC’s role in promoting competition in financial services through its enforcement, infrastructure regulation, open banking, and mergers and adjudication work, the FSU will monitor and promote competition in Australia’s financial services sector by assessing competition issues, undertaking market studies, and reporting regularly on emerging issues and trends in the sector.

Australian and NZ governments should legislate to stop banks having break fees on fixed mortgages and force them to complete on interest rates only.

Then we would see some real competition.

Not sure if you've considered the implications of this. No break fee on a fixed loan would mean there is no longer floating vs. fixed, as everyone would take the lowest rate and as soon as a lower rate becomes available would break and take that rate. If there was no break fees you would see interest rates rise to be around the floating rate, with fixed rates no longer being beneficial for banks to offer to customers.

When you call a call centre do you ask them for lottery numbers too?

They know that changing banks is a huge hassle and so assume you'll stay.