Recently released documents show why officials had "serious concerns" about the state of HNA, as they blocked the $660 million sale of UDC to the Chinese global conglomerate

Business
Recently released documents show why officials had "serious concerns" about the state of HNA, as they blocked the $660 million sale of UDC to the Chinese global conglomerate 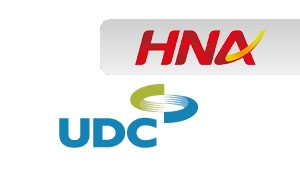 The extent of the Overseas Investment Office's (OIO) concern over the torpedoed UDC Finance sale to Chinese based TIP-HNA has been revealed, with officials citing issues with its level of debt and "well-known liquidity issues.”

In a statement released by the OIO in December, deputy chief executive for policy and overseas investment said HNA’s application was rejected because it “did not determine who the relevant overseas person was” based on the information provided about ownership and control interests.

ANZ announced its intentions to sell UDC to HNA for $660 million in January last year.

At the time, the bank’s New Zealand Chief Executive David Hisco said the sale was in line with the bank’s strategy to simplify its business and focus on its core banking activities

But the OIO’s full report into its decision to block the sale, now available on the Land Information NZ website, paints a bleak picture of the company's financial position.

The report reveals the OIO had “serious concerns” about a number of areas of the company, one of which was its level of debt.

“The secured interest include debt of the HNA Group, which appears to be substantially in excess of the value of the secured shares and underlying assets.”

The report says HNA, and its subsidiaries, have “well known” liquidity issues. “Taken together [with its debt], that increases the likelihood of a default event entitling relevant creditors to substantial ownership rights in TIP-HNA.”

Because of these issues, the company was being questioned by regulators in China, Hong Kong the US and Germany.

“We note that the practice of transferring significant tranches of shares (up to 77% indirect interests) in a company valued at, and owning assets in excess of, several hundred billion NZD for nominal consideration is not a customary practice.”

The OIO also had concerns about the use of charities as the ultimate owners of a corporate entity “obscuring [its] ownership.”

To make matters worse, while the sale of UDC was pending, S&P downgraded its credit profile from a B+ to a B, citing its “aggressive financial policy” and its “tightening liquidity.”

“HNA group has significant debt maturities over the next several years and its funding costs are meaningfully higher than that of a year ago,” the agency said in its report. “We will closely monitor HNA group’s access to capital markets and funding costs to determine whether additional actions are necessary.”

A ‘B’ credit rating, is classed as “highly speculative” and “non-investment grade” – also known as “junk.”

The use of "charities" to own and operate businesses primarily for the benefit of it's management/operators is an increasingly fashionable problem.

Yes prevalent in NZ too - Sanitarium and Maori "Charities" that are commercial operations!!!!!!!!!!

This is a tiresome myth regarding Sanitarium - go their website and you will see https://www.sanitarium.co.nz/about/sanitarium-story/profits-for-charita…

Also, if you donated all of your money to charity then you wouldn't pay income tax either.

Investigation: how Kellogg’s and Sanitarium infiltrated the medical profession

Sanitarium doesn't pay tax because it's owners are a church. It is time that churches were not exempt from income tax - there could be a special rate for them if need be, but they are businesses and Sanitarium is no different. If one looks at the charity works it says it does, it could be similar to what other NZ companies do, who are not owned by a church.

NoFax you are incorrect in your last statement. -
The maximum tax credits you can claim are set out below
You can claim the lesser of:
33.3333% of the total donations you've made, or
33.3333% of your taxable income.
http://www.ird.govt.nz/income-tax-individual/tax-credits/donations-taxc…

In regards to the last part I meant for any company. Any company could declare all their income for charity and, therefore, not pay company tax. Charities are well defined and not as easy as a lot of people think.

It seems that most of the "churches should pay tax" brigade are usually grossly misinformed regarding income tax and/or just anti-Church; the last acceptable prejudice in polite liberal company.

I’d imagine there’s probably a fair bit of auditing from the IRD if you’re a charity that doesn’t have to pay company tax. Certainly not a case of the church cooking the books in the name of Jesus.

The definition of charity includes "the promotion of religion" I think if you just remove that, then churches can still qualify as charities, so long as what they are doing is charitable.

This is no surprise from the OIO. I thought it wold be difficult to even fill in the application form for HNA.