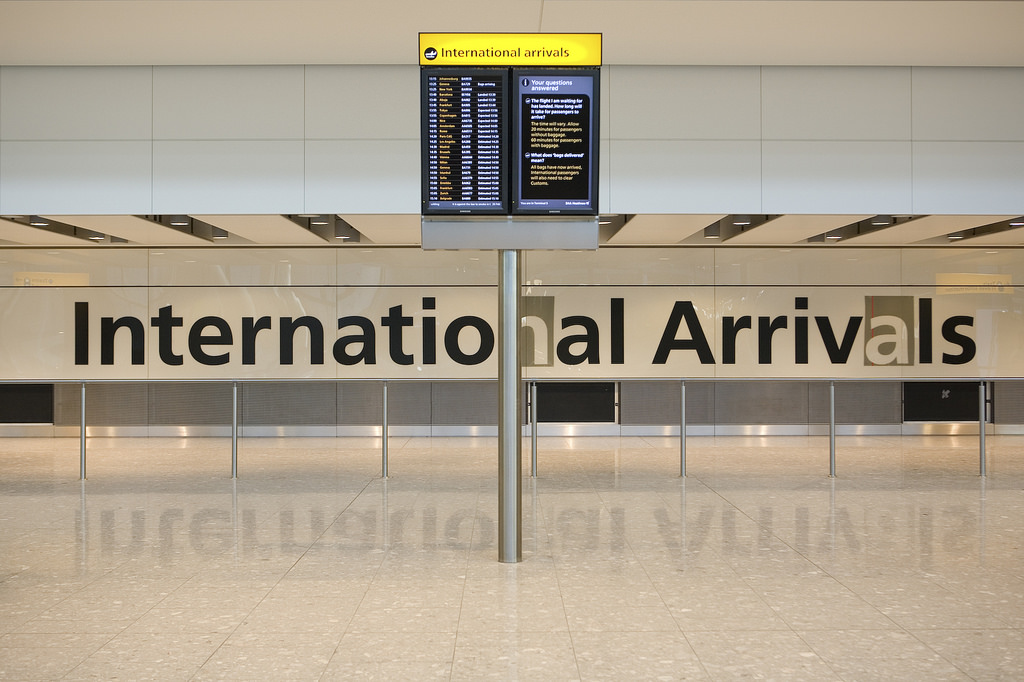 ANZ economists are predicting "an immediate dip" in tourist numbers in the wake of the Christchurch terrorist attacks, particularly from "traditionally more risk-averse markets in Asia".

"Those tourists still coming are more likely to avoid Christchurch for a time," the economists say in their New Zealand Weekly Focus publication.

They say the impact on tourist arrivals will be smaller than if tourists themselves had been targeted, as in some terrorist attacks overseas.

"...But the impact on tourist numbers will be noticeable nonetheless, and it will likely take at least a year to dissipate."

The economists say there will likely therefore also be a broader impact on business confidence in the services sector and particularly in Christchurch, given concerns that the hospitality sector in particular was already oversupplied.

"...After the toughest decade in [Christchurch's] history, it seems monstrously unfair that the city has now been struck by a new tragedy, this one man-made. Our thoughts are particularly with those who have lost loved ones and also those who no longer feel safe, in Christchurch and around New Zealand."

The economists say in the longer term, we can expect a "diversion of resources nationwide" towards essentially unproductive insurance-type activity: security guards, bag screening, cyber monitoring and the like – "probably not likely to have a meaningful macroeconomic impact, but a regular reminder that we aren’t as immune from the world’s woes as we thought".

The comments come ahead of December quarter GDP figures to be released on Thursday and which are expected to show the economy slowing further.

The ANZ economists say drivers of economic growth have shifted and this has been reflected in a changing economic landscape regionally.

"It’s currently a mixed picture. Auckland and Canterbury are not the engines of growth they once were. Conditions in Wellington are very favourable. Meanwhile, a number of provincial areas, like Northland, Bay of Plenty, Hawke’s Bay, Otago and Southland have been hot spots – boosted by favourable conditions in agricultural segments, strong tourism, buoyant housing markets, and population growth.

"However, challenges such as low confidence in the dairy industry are weighing in some areas. Despite regional divergences and strong performance in some places, businesses across a range of regions are wary about the outlook – and there is a risk that the landscape could shift from here."

The economists say that in Auckland, construction is at a high level, "but the housing market has weakened considerably" after strong outperformance early in this economic cycle.

"Prices have fallen more than 2% over the past year and it is taking the longest median time to sell a house since the 2008/09 recession, at nearly 50 days," they say.

While building in the Auckland region continues apace, the economists say there have also been some reports of softening in demand - while industry challenges are also very apparent in the region, including profitability strains, capacity constraints, lack of available land, and uncertainty.

They note that according to the most recent ANZ Business Outlook survey, firms are the least optimistic about the construction outlook in Auckland than any other region.

"Softening in the Auckland housing market is reported to have had some flow-on effects to household spending, affecting retailers for example, particularly at the top end, or those selling goods related to housing, such as furniture. That said, reports from other industries are quite mixed; services industries, for example, continue to be supported by population growth."

The economist say that  "for now" they expect that the economy will continue to grow "around trend", with recent regional trends set to broadly continue.

"However, we are wary about firms’ soft perceptions of the activity outlook, including in regions that have generally been performing well.

"Should buoyant conditions in these bright spots start to falter, the outlook for growth could soften more than we anticipate. We will be watching this picture closely."

"Auckland and Canterbury are not the engines of growth they once were. Conditions in Wellington are very favourable."

Ie govt expansion and pending out of control as usual under labour.

There may well be a drop in numbers but also there will be an affect on the type. The less adventurous and more senior tourists will have more to think about than before. That may well translate into less numbers arriving and spending at the higher end of retail and accommodation.

Let's just ignore all the coverage of the global economic climate, debt in NZ, the slow housing market since 2016 and instead just rant. Very smart.

what are you on about? that's just fact.

Does any body think tht NZers will retain their enthusiasm for overseas travel in the short term given events in CHCH.

...my fear that this act may stir up the radicals that exist overseas. Something we have always believed we were immune from (incorrectly or not). The peace loving image has been shattered. The image of NZ and thus the Kiwi traveler has been wrecked. very sad.

Why would that change? Things overseas haven't got more dangerous for Kiwis.
(neither have things here, but overseas visitors may perceive they have)

These horrible attacks might not have changed anything for White Kiwis. But thing has got a lot more dangerous for non-white immigrants to NZ.

Thats just faulty logic. What has increased the danger?

Nutjob #1 being behind bars has if anything lowered the danger, as has the increased awareness of the rascist underbelly in NZ. These people are being scrutinised more, not less.

you may be right purely from a statistical perspective (I guess you would also argue that the world was safer post 9/11 because quite a large number of nutters were eliminated. But that is not how the world has experienced that event).

But us humans are very emotional beings. How we experience this event is: before 15 March there has not been a serious fatal attack on non-white immigrants. Now there has been one very serious one. Off course the obviously immigrant people (including all NZ born people to non-European or Maori parents) will feel less secure now compared before the attack. I guess if we were computers capable of running statistical models, then you had an easier job selling your reasoning.

It will take more than a year to dissipate - especially for Asian tourists - this will not be forgotten for many years. A reduction in travellers on long haul flights will be good for NZ's carbon emissions. It will also reduce the ecological stress caused by ever increasing numbers of tourists. So we should take the opportunity to shed some of the low value back-packer tourism and push our tax-payers advertising dollar towards smaller numbers of higher value tourists.

Less 'saturation' tourism will do nothing but good longer term.
For both tourism and immigration NZ should price itself as a premium product.

a key indicator will be if the companies make statements revising down profits and tourism shares start to decline , thinking air NZ, tourism holdings, then we will know there is a decline before the stats come out

Lapun and BB3, while I agree with the general sentiment of both your comments (going low-volume, high-value) this is not gonna be easy to negotiate in the immediate future: it means a drop in hospo (broadly defined) employment, revenues, tax receipts, plus the downstream multipliers. Not an election-winning policy.....

It makes sense and the govt can blame our current reputation. Employment at low end tourism is mainly work visa not Kiwi and revenues lost may match the carbon cost of those tourist flights (depends on what the carbon emissions costs will be but I cannot see NZ meeting CO2 targets except be killing cows or reducing tourism).

Any thought on the medium to long term immigration numbers? If I am tossing up a move to a new country in 1 years time and I have 5 places to apply for, will I now pick NZ?

....if you are a professional NZ is already down at no 15. Maybe if you want to pick kiwi fruit we might be higher up?

US, UK and France all have more problems than NZ but they manage to keep their places on the list

NZ is hardly ever the most advantageous place for a professional career wise. Life-style is its main attraction. Security and safety is a big part of that life-style. So this is definitely a blow for NZ. NZ already struggles to attract highly skilled professional in literally every field the government believes there is a shortage.

These shootings are absolutely hideous and it is sad to see our reputation suffer as a result. However we really do need to rethink our approach to tourism. The number of tourists through the South Island is making life down there pretty unpleasant. Despite the massaged "truth" that we are told by the transport authorities they are a menace on the roads (Take a drive from Christchurch to Central Otago or speak to the emergency service people who pick up the pieces). The shear number of people overloading the towns and tourist locations is plain unpleasant. The Mayor of Queenstown Lakes gave figures that the area provides 5.5 million visitor nights accommodation with a population of 24,000; his words - the numbers just don't work. You cant drive through Arrowtown without tourists meandering and standing all over the middle of the road like wandering sheep. Queenstown - just don't go there, avoid it. As for freedom campers sh----- all over the place, don't get me started.
We need to increase our prices substantially and loose the bottom end of the market. We should not be facilitating low wages in the sector through immigration or any other devices. The tourist service sector should have no other option but to pay very high wages to retain staff and pass these costs on to the tourists That way staff may be able to afford to live in these towns.
If we want to encourage a positive tourist sector then, then the general public need to have a positive attitude to it. That means that they all have to experience a positive benefit from it and not have their lives impacted negatively by it. At the moment the vast majority are experiencing the opposite of this based on the opinions of the most people that I have spoken to.

Anz are correct on housing construction in Auckland. I think it's on a precipice. I expect the number of dwellings consented in the next 12 months in Auckland will at least 25% down in the last 12 months. Everything is out of whack - land costs, construction costs. Land values in Auckland need to drop at least 30% to reset.
But I don't think that will happen, in which case the government will need to start building much more housing.