Asian currencies double down on a Democrat clean sweep in the US. Alex Ross is also watching how central banks react to a slowing velocity of money, and whether a reflation is really coming

Currencies
Asian currencies double down on a Democrat clean sweep in the US. Alex Ross is also watching how central banks react to a slowing velocity of money, and whether a reflation is really coming 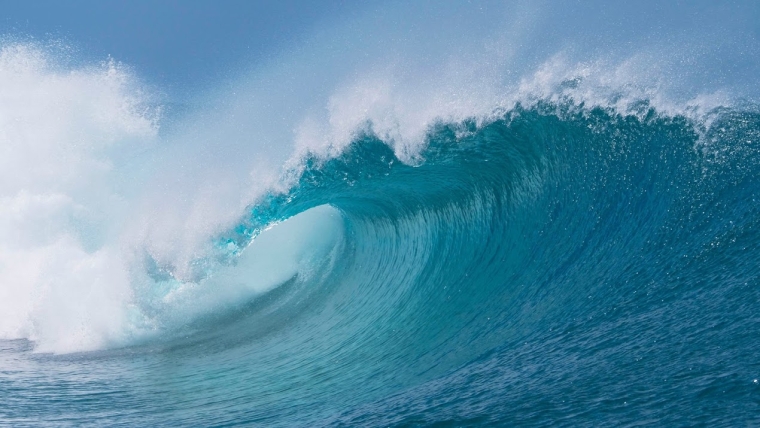 There’s a wave coming. And it’s a large blue one.

According to most US political polls, challenger Joe Biden is well ahead of President Trump, and the Democrats are on track to flip the Senate and control both houses of Congress.

Republican Senate Majority Leader Mitch McConnell suggested that the current wrangling over another round of stimulus is unlikely to be resolved in the next three weeks. However, markets seemingly shrugged off the disquiet - focusing on the likelihood for a much larger stimulus bill from the Democrats, if they are elected with a dual-house majority. The Dow Jones moved back into positive territory for the year, and Asia-Pacific currencies got a considerable lift late in the week.

The Korean Won and Thai Baht were big outperformers over the past five days. The Reserve Bank of India’s decision to hold on rates but increase liquidity saw the Rupee a relative underperformer.

But, the big headline story was the Chinese Yuan, which powered to a fresh 27 month high as the country returned from national holidays. Like most Asian currencies the Yuan is getting dual support at present, riding the weak Dollar - stronger equities reflation story of the “blue wave” - but also benefitting from the likelihood of easing trade tensions in a post-Trump era.

China’s Caixin services PMI outstripped expectations on Friday, while a Bloomberg report also suggested that 425M people had travelled internally within China on the first four days of their break that had begun on 1 October. That is around 80% of last year’s traffic and suggests that economic activity is improving in the Asian powerhouse. The Yuan story remains strong.

The velocity of money is slowing

While the reflation narrative may be gathering market focus, ironically, the speed at which money is changing hands continues to decelerate. Some of you may recall, from high school economics days, the quantity theory of money - or in its diluted form, the equation of exchange. That is that money supply (M) x the velocity of money (V) = prices (P) x the quantity of goods and services (Q). Central banks have noticed this. So, in an attempt to keep price stability and transactions flowing, they’ve pumped up money supply to account for its slowing velocity.

The problem is most of this additional money supply is finding its way into asset prices, be it stock markets or by virtue of new debt creation into the property market. Said buyer of property then saves to repay the debt and the velocity of money is not really boosted. And if the velocity of money was slowing prior to COVID-19 then it has really hit a wall with its onset.

Manufacturing numbers fell, although this is the first recession in which the services sector fell even harder. We were all having that morning coffee but much fewer were paying for the add on service of having someone else make it. Thus, central banks have further boosted money supply to counteract the extended decline in money velocity. 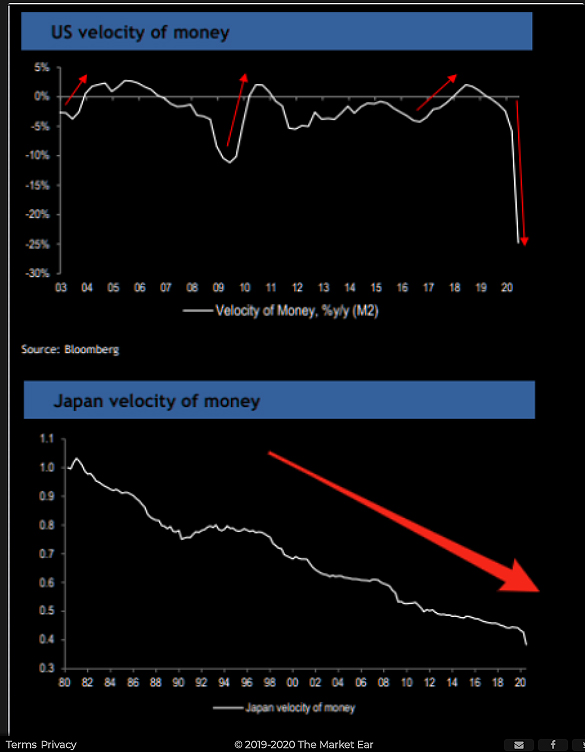 Of course, the equation is only relevant from a global sense. We no longer live in a closed national economy. And this is where foreign exchange comes in, as it can transfer the price and aggregate value of transactions from one country to another. In other words, a looser Federal Reserve supply of money might not actually boost the aggregate value of transactions or prices in the US. It could easily find its way into the Chinese economy as the supplier of those goods, or into Australia or New Zealand as the supplier of the raw material for said same goods.

In a currency sense, that’s the stage of the cycle we now seem to be at - the reflation stage, where into 2021 commodity prices and commodity currencies are the first to be boosted, until those increases feed into global consumer prices and predicate a need for tighter monetary policy. The big question remains: will any of this really drive an increase in the velocity of money, or will the “reflation story” just see central banks printing more trying to avoid a crash in both prices and the aggregate value of goods & services?

Looking at global events, you could easily forget that we have our own General Election this weekend – with early voting well and truly underway. I maintain a stance that Act and the Greens will gather votes from National and Labour’s “true believers”, but that overall, the currency impact should be relatively minimal.

Offshore, the US presidential campaign charade rolls on, while the UK’s self-imposed Brexit deadline arrives on Thursday night. Finally, keep an eye on Aussie jobs reporting - released on Thursday. The median economists’ forecast is for a reduction of 35K jobs and an unemployment rate to edging higher to 7.1%. This seems a low hurdle to clear for the Aussie Dollar, and the outlook remains bearish for NZD/AUD heading into this week.

My 2013 predictions. Interest rates would fall (Trend) downwards, as would interest rates. The Quantity of money would be inversely related and will grow. Essentially we are in a doom loop with no way out. There will be peaks and troughs along the way.

This based on the rework of the Quantity Theory of Money to accommodate interest.

The author appears to be Alex Ross and not Jones. Are the headline writers at Interest watching too much InfoWars?

Freudian slip and an intriguing one.

Which leader best personifies the spirit of the American people? People may say they are going to vote for Biden but come voting time many will find this almost impossible to do. Trump will squeak in just like last time.

Demographics appear to be in the Democrat's favour so it would make logical sense to give Trump one more chance before the "Blue Wave' snuffs the life and spirit out of America.

trump is a traitor to American values. The rise of hate groups is a direct result of his incoherent rantings. He is unfit and never has been fit for office. He is a failed businessman, a pathological liar, a maniacal narcissist. He is the worst possible thing for America to move forward. Everything in America has gone backwards since he got in, with a 3 million less votes than Clinton mind you (given the electoral college system). He has racked up almost 4 trillion dollars in debt since taking office, (before the pandemics cost) due to his irresponsible corporate tax reduction (he ran on a campaign of reducing debt!). He is running the country like his numerous failed businesses, using other peoples money and then walking away when it fails. He is doing exactly the same to the country and it will be upcoming generations that pay for his gross incompetence. And that is just the tip of the incompetent iceberg.
The fact that this even has to be explained to the uneducated tells you a lot about society today and their reliance on social media bullshit and the rantings of foreign influenced media such as the fox entertainment network, and their lack of ability to form their own opinion. Forget the media, all you have to do is listen to the grossly immature words that come out of trumps orange faced mouth and you know he a mentally ill person rambling to the sheeple. Support for him is very large indication of ones lack of independent mental ability. But in America, this lack of education is a sad fact.