During China’s shift toward a market-driven economy, in its trade talks with the US it can commit not to keep the value of the renminbi artificially low, but it must reject demands to keep the exchange rate stable against the US dollar

During China’s shift toward a market-driven economy, in its trade talks with the US it can commit not to keep the value of the renminbi artificially low, but it must reject demands to keep the exchange rate stable against the US dollar
2nd Mar 19, 10:12am
by Guest 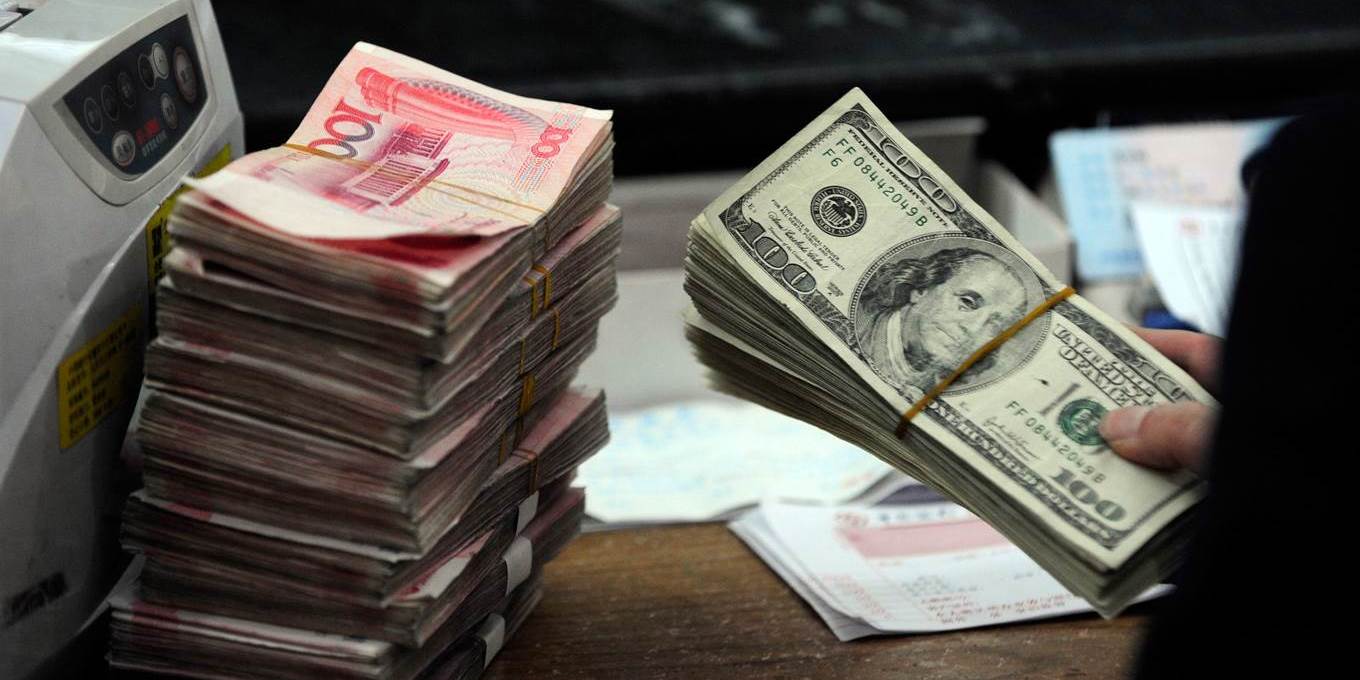 The United States is reportedly pushing China to agree to keep the value of the renminbi stable, as part of a deal to end the trade war between the world’s two largest economies.

It is a demand that China must think twice about before accepting.

The renminbi was undoubtedly undervalued for many years, including through a peg to the US dollar that was established in 1998. A undervalued renminbi was an important contributing factor to the trade surplus that China has run consistently since 1993, when its per capita income stood at just $400. In other words, even when China was a very poor country, it was exporting capital to the rest of the world, especially the US.

Though running a trade surplus benefits some sectors of the economy for some period of time, it is unclear that it benefits the economy as a whole in the long run. Still, two decades of maintaining a current-account surplus (which includes trade), together with a capital-account surplus (fueled by large inflows of foreign direct investment), enabled China to accumulate huge foreign-exchange reserves and a large stock of FDI. As a result, though China is one of the world’s largest creditors, it has run an investment-income deficit for more than a decade.

But, over the last 15 years or so, China has been working to correct its trade imbalances. Since 2005, when the renminbi’s dollar peg was eliminated, it has appreciated steadily. By the end of 2013, its exchange against the dollar had strengthened by 35%. In the same year, China’s current-account surplus fell to just 2% of GDP, from its 2007 peak of 10.1%.

Moreover, since 2014, when looser capital controls left China’s capital account more responsive to broader changes in the global economy, the country has started to run significant capital-account deficits from time to time. Sometimes, those deficits are large enough to put the entire balance of payments in deficit, despite the trade surplus.

On August 11, 2015, China took a major step to boost exchange-rate flexibility: instead of setting a daily midpoint for the renminbi independently, the People’s Bank of China began basing the midpoint on the previous day’s closing prices. Initially, there was only slight downward pressure on the renminbi in the foreign exchange market. But the poorly timed move ended up fueling expectations of currency devaluation, spurring a surge in capital outflows that drove down the renminbi’s value further.

Some – including former US Federal Reserve Chair Janet Yellen, in a recent interview – have suggested that China devalued its currency that summer, in order to offset the effects of an appreciating dollar on the economy’s international competitiveness. The truth is that China, precisely because it feared that a depreciation would trigger even stronger expectations of further devaluation (ultimately endangering China’s financial stability), abruptly canceled the reform just days after it was initiated and began to intervene heavily in the foreign-exchange market to arrest the currency’s decline.

When those interventions slowed in 2016, the renminbi began to depreciate again, spurring the PBOC to resume intervention. The PBOC spent some $1 trillion of China’s foreign-exchange reserves in less than two years to stem downward pressure on the exchange rate. In 2017, thanks to the tightening of capital controls and a fall in the dollar index, the renminbi exchange rate finally stabilized.

There is no evidence that China has intervened to weaken the renminbi since – not even to offset the impact of higher US tariffs on Chinese exports – even as the exchange rate has fluctuated in response to fears about the trade war. The Chinese government knows that it is not in its best interests to manipulate its exchange rate. And, given China’s financial vulnerabilities, devaluation is particularly unappealing.

So, while the Trump administration’s fear that China is manipulating its exchange rate to gain a trade advantage is not irrational, it is unfounded. Still, China cannot commit to keep the renminbi stable against the US dollar.

China’s economic cycles are not synchronized with those of the US. The Federal Reserve may raise the federal funds rate at a time when the PBOC needs to cut its interest rate, which would spur capital outflows and drive down the renminbi’s value. It is a country’s sovereign right to decide its exchange-rate policy, and the US cannot expect to dictate China’s. So, even as it listens humbly to America’s complaints, China must retain full authority over its approach to the renminbi and be able to loosen monetary policy when economic conditions dictate, regardless of whether that causes the renminbi to depreciate.

The US would disapprove, but what other choice would China have? It cannot forfeit its monetary independence, and it is not in China’s interest to block capital outflows to offset depreciation pressure. Nor can it continue to use its hard-earned – and limited – foreign-exchange reserves to prop up the renminbi’s value. How can China be sure the balance is enough to maintain exchange-rate stability indefinitely?

Complicating matters further, the relationship between the renminbi’s value and the US dollar is not just bilateral. China has already committed to cut its trade surplus with the US – which comprises the majority of China’s overall trade surplus. If the US dollar rises in this context, China’s current account is likely to swing into deficit. Again, is China supposed to cut its imports from the rest of the world by whatever means necessary, or sacrifice its foreign-exchange reserves? This is not a purely bilateral issue – exchange rate misalignments often require international coordination to resolve.

China’s authorities are committed to advancing the shift toward a market-driven economy, with a fully flexible exchange-rate regime. So, in the current trade negotiations with the US, it can credibly commit not to keep the value of the renminbi artificially low. But under no circumstances should it promise to keep the exchange rate stable against the dollar.

even as it listens humbly to America’s complaints

Humbly, really? I think we can see this authors bias.