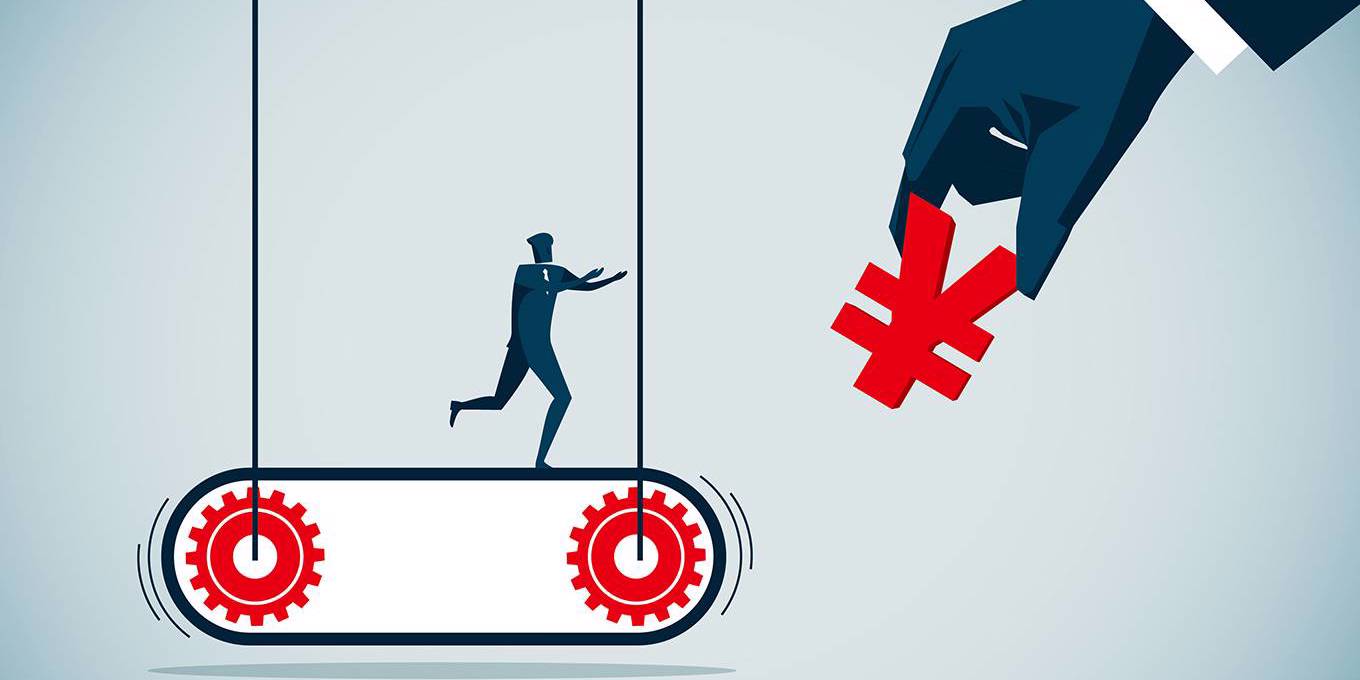 After a disappointing performance in 2018, China’s economy appears to be stabilising. In the first quarter of 2019, GDP growth, at 6.4% year-on-year, matched that of the previous quarter. But growth in industrial production exceeded expectations, expanding by 6.5% year on year (and by 8.5% in March). Even exports growth was positive, albeit weak, despite the ongoing trade war with the United States.

Moreover, fixed-asset investment (FAI) grew by 6.3% – 0.2 percentage points higher than in the previous quarter. Investment in real estate grew the fastest (11.8%), followed by manufacturing (4.6%) and infrastructure (4.4%). Growth in both real-estate and infrastructure investment was stronger not only sequentially, but also year on year. As usual, consumption growth was stable. All of this has inspired confidence that the Chinese economy can reach its indicative growth target of 6-6.5% for 2019.

Most Chinese economists seem quite comfortable with this targeted range. One explanation is that China’s potential growth rate is 6-6.5%, and a target should be set accordingly. Another is that a lower growth rate would give the economy more room for structural adjustment.

From 1978 to 2008, China averaged an impressive 9.5% annual growth rate. Then the global financial crisis struck, causing growth to plummet from 9.7% in the third quarter of 2008 to 6.6% in the second quarter of 2009. A CN¥4 trillion ($640 billion) stimulus package, introduced in November 2008, soon brought about a powerful rebound, with GDP growth reaching 12.1% in the first quarter of 2010. But, since then, China’s economy has been on a continuous downward slide, partly because the government withdrew its stimulus. Last year, China’s GDP grew by 6.6%. Nevertheless, it is difficult to separate cyclical elements and external shocks from the long-term trend and to conclude that China’s potential growth rate really is between 6-6.5%.

Many Chinese economists cite long-term supply-side structural factors – such as demographic aging, environmental degradation, and a lack of progress on reform – to argue that China has simply entered a new stage of development, characterised by significantly lower potential growth rates.

This may be true – everyone in China agrees that 9-10% annual growth rates are a thing of the past – but there is no clear indication of how much China’s growth potential has actually declined. Long-term supply-side structural factors do not explain, for example, why the growth rate fell from 12.1% in the first quarter of 2010 to 7.4% in the third quarter of 2013.

Not only are there missing links on the causality chain between long-term structural factors and actual economic performance; it is unclear how long those factors would take to constrain GDP growth to a particular level. In fact, 20 years ago, the same long-term factors were used to warn of a possible fall in Chinese GDP growth.

Because of the complexity of China’s growth trajectory, many economists seem to base their assessments of potential on performance. After every drop in China’s GDP growth since the second quarter of 2012 – when growth fell below 8% – economists have emerged to declare that performance was in line with potential.

To be sure, there are various estimates of China’s potential growth rate, ranging from 5% to 8%. But it is difficult to determine which is reliable. For one thing, there is reason to believe that most estimates fail to discount cyclical factors adequately when calculating the long-term trend.

The danger here lies in the fact that excessively low growth targets, based on excessively low estimates of potential growth, lead to lower actual growth. For an economy the size of China’s, a difference of even one percentage point has a huge impact on welfare.

Many economists would counter that a conservative growth target is useful – or even necessary – to create space for structural adjustment. But this claim is unconvincing. Reducing China’s excessive reliance on real-estate investment – one of the economy’s most serious structural problems – does not necessarily require a reduction in FAI growth, let alone GDP growth. Nor is slower GDP growth a prerequisite for improving financial stability.

In my view, because no one is sure what exactly China’s potential growth rate is, the best strategy is to try to achieve as high a growth rate as possible, so long as it doesn’t worsen inflation and hinder structural adjustment.

True, the first quarter of 2019 yielded better-than-expected results. But the higher rate of FAI growth was to a large extent driven by a strong increase in real-estate investment, which is likely to weaken sooner or later, owing to the government’s commitment to cooling China’s “real-estate fever.” And, given enduring trade tensions with the US, China’s export performance for the rest of 2019 is highly uncertain.

To compensate for declining real-estate investment and weakening exports, China must maintain reasonable growth in infrastructure investment. To that end, the government should pursue higher spending (taking advantage of a strong fiscal position), supported by accommodative monetary policy (amid very low inflation).

Fiscal and monetary expansion may be out of fashion among China’s mainstream economists, who insist that structural adjustment must be the priority. But it could go a long way toward bolstering China’s economic performance in 2019, without impeding structural reform. The challenge is to strike the right balance.

But who believes the GDP figures? In 2010,Li Keqiang,the then Party Secretary of Liaoning Province admitted to the US Ambassador that China's GDP data was basically manufactures. Premier Li then said that all of China's official statistics are "for reference only". As the old adage says; Numbers make officials,so officials make up numbers".
Don't get me wrong,i think the China story is amazing,but it faces the very real possibility that it will grow old,before it grows rich.