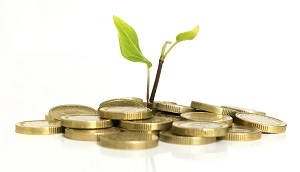 Treasury warns there are no incentives for KiwiSaver providers to drop their fees.

“This would mean a provider which reduced its fees materially would not be compensated for the loss of fee revenue by an increase in new customers,” says the Treasury report writer, Andreas Heuser.

“This would especially be the case of larger providers as the total lost revenue from reduced fees across a larger number of members would be greater. Providers (especially the larger ones) therefore face few incentives to compete aggressively on fees.

“It is entirely rational for the existing providers to maintain the status quo, in the absence of a consumer base that is willing to switch because of price changes.”

Yet Heuser points out there is in fact room for KiwiSaver providers to drop their fees.

“Improvements and technological advances in monitoring, day to day management and even provision of financial advice should have made the business of funds management more efficient…

“There are also very clear economies of scale in the funds management industry which should be putting downward pressure on costs and therefore fees on a per customer basis.”

At $87 or 0.87% per annum, the average KiwiSaver fund management fee has only changed slightly since KiwiSaver’s inception in 2007. Since then, KiwiSaver has clocked up $32 billion of funds under management (as at March).

“Competition on fund performance also appears weak. This could be due to the relatively low levels of variance between fund returns,” Heuser says.

He recognises this could also be due to people recognising it isn’t good to switch funds based on their recent performance, as funds will fluctuate in the short term.

Treasury stresses the efficiency of the fund manager market is critical to the long-term success of KiwiSaver.

“The scheme relies on competition between providers to generate optimal outcomes (net returns) for members.”

Six KiwiSaver providers already hold 86.3% of the market, with concentration only escalating as the banks ramp up the growth of their funds.

“Some anecdotal evidence suggests that some providers are enticing KiwiSaver switching with the pricing of other products such as mortgage rates, credit card fees and deposit rates,” says Heuser.

“The convenience factor linking everyday banking services (internet or app-based banking) to KiwiSaver also attracts consumers. Banks have grown the fastest of all providers, which is probably due to the marketing advantage of a bank branch network and sales discussions between bankers, mortgage advisers and customers.”

Furthermore, Heuser doubts a new entrant into the market would drop fees.

“This is especially the case as new entrants would not have the advantage of the economies of scale enjoyed by incumbents.

“There have been new entrants into the KiwiSaver market since the scheme began, however, our analysis indicates their success was contingent on an existing financial services brand. Customer growth appears to be driven by an ability to cross-sell KiwiSaver membership from other financial products.” 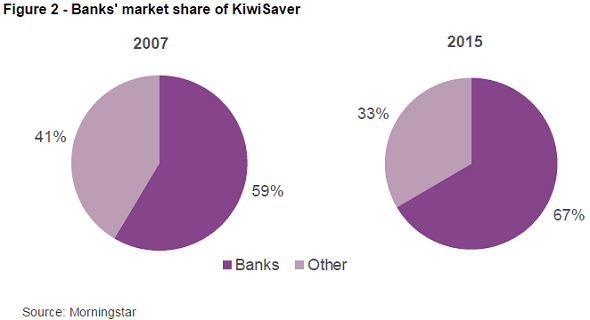 Heuser maintains consumers aren’t responsive to fees and returns, as they simply don’t have the financial literacy.

“Individuals probably, on average, view the Government subsidies and to a lesser extent the employer contributions differently to deductions from their own salary - it is ‘free’ money as opposed to ‘earned’ money. Therefore the extent to which fees and performance affect the net account balance matters more or less for different people.

“As KiwiSaver matures and the balances of savings sourced from individuals’ own contributions grows in proportion to the subsidies, members’ attitudes to the fees deducted from the balance might change.” As for KiwiSaver providers, Heuser maintains “any incentive to improve consumer knowledge levels is not aligned with the economic incentive to retain customers and revenue”.

However Treasury maintains a policy intervention won’t improve the situation, as the existing framework does enough to support competition between providers.

“The appointment of nine default providers in 2014 (up from five) resulted in lower fees and more providers benefiting from the default status.

“IRD’s role as a central administrator simplifies the transmission of contributions and processing of transfer and switching transaction.”

Heuser says regulations around disclosure also mean providers have to report to the Financial Markets Authority for its publication on a quarterly basis, which enables funds to be compared accurately. He also credits the Commission for Financial Capability for the educational work it does.

Treasury concludes government policy can only go so far, so boosting competition among providers is in the hands of consumers getting clued up and shopping with their feet.

See this opinion piece for more on what’s driving those in Gen Y to opt for one provider over another.

So, anyone aware of major differences in fees between the providers?

edit: From Craig's spreadsheet below

I find the sorted comparison tool to be the most useful way of checking them out. Can be some substantial differences across the providers/plans.

There are massive differences in some of the fee structures and the best way to compare fees is on a total expense ratio (TER) which the managers have to publish each year. This TER takes into account the performance fees some managers charge and is more inclusive than comparing solely on headline management fee numbers.

The file can be found here http://fma.govt.nz/assets/Spreadsheets/KiwiSaver/FMA-KDS-WEB-Annual-201… (it's an Excel binary file so you have to save first and then open from your saved location)

Hey Craig, I can't seem to find a column in the spreadsheet which refers to TER. Is it the last column? And what would you say is a value for money TER range?

The column is AH = p_synExpense. What I'd be doing is lining up the performance against this synthetic expense ratio and say to my self does the performance justify the fee. If you looked only at fees you'd discount some pretty good performers. The end column is the total fees of the fund and this can be less than the TER

I might look at around 1% to 1.25% as my maximum target range for an expense ratio. I tend to focus on other qualitative and quantitative factors in my assessment of funds. Fees are important but not the be all and end all when assessing a fund in my opinion.

You wouldn't normally go above the 1% to 1.25% range unless you were going to get some abnormally high positive risk adjusted returns and could justify paying more in fees.

Keep in mind too that ASB take a passive approach and the others are actively managed. I would have thought ASB's TER would be much lower than AMP's given they are passive and also are the 2nd largest provider on a FUM basis in the market behind ANZ

Kiwisaver was government driven, they should have limited the fees that could be charged.
No default scheme should be allowed multiple fees, or percentage based fees. The 6 default schemes should all just be a single annual $ value.

I would go further to say any fee should only be payable on increases in value to the fund. Seems poor form to clip the ticket when losing cash hand over fist.

Dead right. Either you regulate or you leave it to the market. If you regulate don't moan when market functions ceased to work in the way you expect.

It's not like you can take your money out or anything.

There is always a way of getting your money out....you may have to be in severe financial difficulty or using for a first home but you can get it out.

There should be a rule for Service Providers : - YOU MAY NOT TAKE FEES FROM CAPITAL CONTRIBUTIONS .

Fees should only be deducted from earnings as a % and nothing else .

What about charging a flat dollar fee per annum per investor regardless of contributions or returns? I presume you would only want fees coming out in positive earnings return periods too?

So it was OK for Gareth to overcharge and then leverage a capital gain from the selling of GMI, but woe you property investors who do the same thing with a different asset.

Whoops am I in the wrong thread!