KiwiSaver providers will soon be made to start disclosing their members' projected retirement savings and incomes; Commerce and Consumer Affairs Minister announces rule despite banks issuing warnings over move

Investing
KiwiSaver providers will soon be made to start disclosing their members' projected retirement savings and incomes; Commerce and Consumer Affairs Minister announces rule despite banks issuing warnings over move 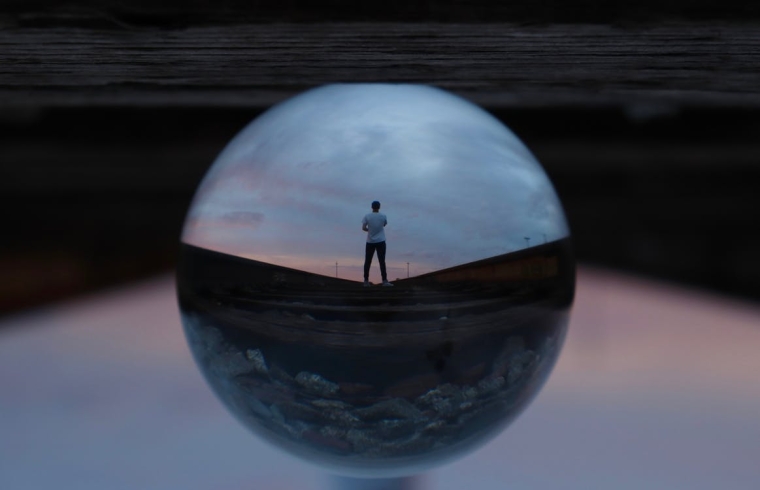 Dean on Wednesday announced KiwiSaver providers will soon have to start including projected retirement savings and income figures in their annual statements.

In other words, they will need to say something along the lines of: ‘When you retire, you’re expected to have X dollars in your KiwiSaver, which translates to an income of X per year’.

Dean says: “We want New Zealanders to be able to ‘project forward’ and understand how their current KiwiSaver contributions are likely to translate into retirement savings. These are complicated calculations and the more we can do to assist people with these, the better.

“We are committed to raising levels of financial capability to ensure more New Zealanders have financial security in retirement. My hope is that people will have a better understanding of their retirement savings after receiving the projected figures and this will lead them to make more informed decisions to positively influence their savings.”

The detail of the requirements, including the timing of implementation, are subject to further discussion between the Ministry of Business Innovation and Employment, the Financial Markets Authority, the Commission for Financial Capability and KiwiSaver providers.

Goldsmith had the opportunity to require providers to make these disclosures when he in December announced that from 2018 all KiwiSaver providers will have to disclose fees in dollar terms in their members’ annual statements.

Yet at the time he said he would make a decision on projections once he received more advice, particularly around their “unintended consequences”.

“Including a projection on the annual statement would have high implementation costs for providers,” he said in a Cabinet paper.

“During consultation a number of providers also noted the significant investment they had already made into their existing online retirement income calculators.

“They also expressed concern that part of their unique offering was their bespoke retirement income calculator, which used their own set of assumptions.”

However Goldsmith acknowledged: “A number of countries require a personalised projected pension balance to be provided to members. The United Kingdom and Ireland prescribe the method of calculation, while other countries allow providers more flexibility.”

He admitted a projection could be a reality check that encourages some members to up their savings, yet feared it could “dishearten” others, and “make them less engaged”.

It is also worth noting that the Retirement Commissioner, in her three-yearly review of our retirement income policy released in December, didn't mention projections even though she called for KiwiSaver fees to be disclosed in dollar terms.

As for the New Zealander Bankers’ Association, it warned, in its submission to an MBIE discussion document on KiwiSaver sent out in October: “a number of detailed and technical assumptions need to be worked through to achieve accuracy, consistency and comparability of this information [projections] for consumers.

“Without guidance on this issue, or sufficient time to test and implement the Retirement Income calculation, these projections are likely to be misleading and confusing.”

The NZBA warned providers need to ensure their members know projections are not promises.

It said providers would need to consider the fact 42% of KiwiSaver members do not make regular contributions, peoples' incomes could vary significantly over their working lives, their contribution rates could change, and they could make lump sum contributions.

The NZBA pointed out regulators would need to consider whether retirement income projections were appropriate for all members. For example, projections for under 18s, the self-employed or those on parental leave, are likely to fluctuate year-to-year.

It concluded that while its members wouldn’t be able to provide projections by 2017, they would by 2018.

OMG. What a minefield!
The report that people get will have to start with: If you don't withdraw money for a house, if you don't withdraw money for hardship, if you don't change your fund allocations, if the find earns X rate of return for 30 yrs, if banks don't experience an OBR event, see what I mean. Absolute minefield.
And also, if the govt requires banks to provide this info then the govt would have some liability in the event that the kiwisaver balances tank immediately prior to withdrawal.

Oh rubbish. A suitable disclaimer to say this is projected based on x,y,z. They can project using current contributions and show what you will have at retirement based on an average rate of return and compounded growth if you keep putting in the same. They could even show if your contributions dropped, increased, fund's performance changed (up or down).

It is not that hard. It just requires rules/guidelines so everyone projects using the same calculation.

So what do you think of the government providing budget guidance for next year given they dont yet know what might happen? Donald Trump might declare war on us for one, that would distrupt trade and thus the tax take and budget wouldnt you think?

They already have their calculators so the framework is in place. This would be a relatively simple clip on module. Chuck in a suitably worded disclaimer to cover the scenarios you outline and they are there. Life insurers already provide projected end benefit calculations for some policies.

I suspect concerns from the providers with the fanciest calculators losing a competitive differentiator, is behind their reluctance and the 'unintended consequences' is mostly a patronising smoke screen - Kiwis consumers will never understand that markets rise and fall or if you take money out for a house it won't be there when you retire. Dumb thickos every one. Not like us smart money people.

Funny how when it wasn't Kiwisaver, there was no problem them providing forecasts to sell their retirement savings products prior to kiwisaver. Maybe they know that they can't get away with making overly optimistic claims now and are worried.

go Jacqui Dean and congratulations. At last a commerce minister who will wield a stick. (mind you once the Sir Humphries get hold of it they will turn it a blade of straw.)
Funny isn't it how these providers cites costs and impossibility when asked to something they don't want. But they are in the business and this is part of being there.

Its a dumb idea. The big mystery is what the buying power of that money will be, They can predict how much you will have on todays interest rates, but what will that money buy?
People who aren't making their own investments don't learn how money works. If you tell your average fluff head that they will have $500,000 when they turn 65 they will think they are rich. They won;t get it that that might be what a toyota corolla is worth by then.
Just look how much kiwi saver funds have depreciated in the last 5 years if wanting to buy a house.
The government wants the fluff heads to get excited and put more money in kiwi saver so that the government has a larger resource of saved money to spend.
I encourage my kids to put the minimum into kiwi saver for highest return $1040 and then go halves with them in real investments so that they can learn how money works.

Putting money into kiwisaver fullstop is a dumb idea.
Retirement funds are a quaint notion that belonged to the cheap energy era.

C'mon, it's Friday.
Just for once, stop saying dumb stuff.

You do know what a rate of return is calculated on, right?
What you mention - "The big mystery is what the buying power of that money will be" - isn't that exactly why we have the RBNZ inflation target?

It's pointless to reference the Auckland housing market as an example - there are plenty of other places in New Zealand where the cost of living hasn't outpaced general inflation..

Hi nymad, If you want to trust someone else to invest your money (kiwi saver) and then have no access to the money until your 65 you go for it.
My kids have got Kiwi Saver as well as what I have gone halves on and they are about twenty times ahead on alternative investment. The son in law is hopefully going to sell bricks and mortar to now invest in a dairy heard while dairy prices are still in recession. If he had his money in Kiwi Saver he wouldn't have this flexibility to change investment with changing markets.
The big picture is they are learning to work there money so that they don't have to be cogs in the system until they are 65.