NZ earned $0.5 billion more than it spent in transactions with the rest of the world in the June quarter due to the sharp slowdown in international trade because of Covid-19; annual deficit was just 1.9% of GDP

NZ earned $0.5 billion more than it spent in transactions with the rest of the world in the June quarter due to the sharp slowdown in international trade because of Covid-19; annual deficit was just 1.9% of GDP 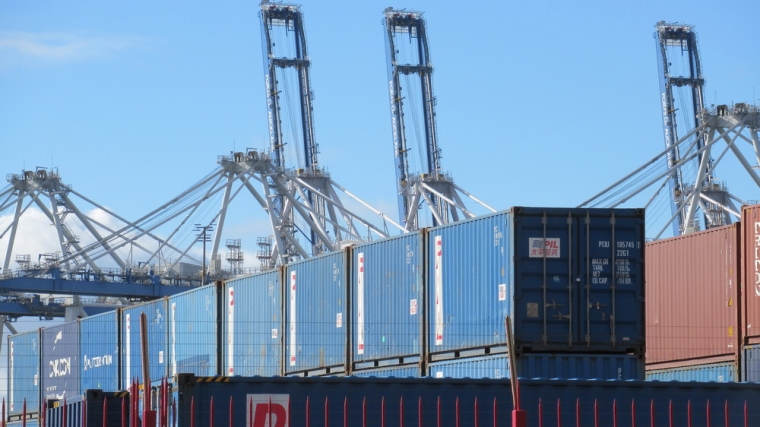 The country had a record current account surplus for the June quarter, while the annual current account deficit for the year to June fell to just 1.9% of GDP, which was better than economists' forecasts and was just half what the deficit was a year ago.

This is the smallest the current account deficit has been as a percentage of GDP since the year ended June 2010, when it was 1.7% of GDP.

In terms of the quarterly figures, Stats NZ said our Covid-19 lockdown saw imports fall more than exports, leading to a record seasonally-adjusted current account surplus of $482 million in the June 2020 quarter.  This is the first seasonally adjusted surplus since 2009.

“New Zealand earned more than it spent in transactions with the rest of the world due to a sharp slowdown in international trade because of Covid-19,” international statistics senior manager Peter Dolan said.

“This reflects a slump in demand for oil imports and in spending by international tourists, while dairy exports held up in the June quarter, boosting the current account into the black.”

The current account surplus was driven by the goods balance turning from a deficit into a $2.2 billion surplus. Exports fell $0.8 billion in the quarter but imports fell much more, down $3.2 billion.

New Zealand’s seasonally adjusted current account surplus of $482 million in the June 2020 quarter is the biggest in the series since 1971, and compares with a $1.4 billion deficit in the March 2020 quarter.

“This is only the 11th quarterly seasonally adjusted current account surplus in the series. New Zealand typically runs a deficit, spending more than we earn – the last time we had a surplus was 11 years ago.”

But in marked contrast to what happened with goods trade, New Zealand’s services balance was in deficit in the June quarter for the first time since the September 1998 quarter.

Imports of services were also down in the June 2020 quarter, by $1.8 billion. At $4 billion it is the smallest quarterly value since the March 2014 quarter.

“Overseas tourist spending on travel and transportation services took a big hit in the latest quarter as border crossings were restricted. However, there were still international visitors in the country from before the lockdown and the limited number of flights increased the cost of transporting freight,” Dolan said.

“Crude oil imports were much lower than usual from April to June 2020, with much less travel by road and air," he said

"Oil imports fell to zero in July, just after the end of the June 2020 quarter. With only essential businesses allowed to operate during alert levels 3 and 4, wholesale and manufacturing trade also shrank, reducing the imports required for production and further hitting related suppliers.”

This is not for economy reason that NZ does not need to import but may be because world was shut down so supplies from other part of the world were disrupted and unable to export to NZ or may be demand has fallen in NZ.

When everything remains constant and based on fundamental demand and supply, NZ is exporting more than importing is not same as current surplus.

Just like QE and it's affect on economy, will only know in future if helped or screwed in the long run.

Hasn't RBNZ's decision to suspend NZ-operated banks from paying dividends to their shareholders led to much of this CA surplus? I don't see Orr's name in the credits.

"Hasn't RBNZ's decision to suspend NZ-operated banks from paying dividends to their shareholders led to much of this CA surplus? I don't see Orr's name in the credits"

That has zero impact on this calculation, capital returns by foreign owned entities like banks have no impact on import/export amounts.

That's incorrect - dividends are not classified as capital returns (capital outflows) but rather return on capital (investment income on portfolio), which is very much calculated in current account. Here's a Stats NZ release from a previous year talking about dividends on foreign investment in NZ affecting our CA.
The only interest and dividends that are excluded from calculations are those paid out by investment funds due to the complexity in shareholdings. For example, company X operates in country A pays dividends to fund manager in country B who then pays interest to fund investor in country C. Only fees for such transactions are included in calcs.

Yes you are correct.

Yes, I just think about it as just being included in capital flows for easier intuition.

I remember the Finance Minister just couple of months ago stated "the NZ is heading towards huge budget deficit" . Is the "budget deficit" and "current account deficit" the same things ??

no, they are completely different.

They are linked at the level that the Government deficit encourages private sector consumption, which boosts imports, and that a current account deficit must be matched by offshore inflows of the equivalent amount (which usually go to Government bonds or other securities). So it's a bit of a merry go round that just sees total foreign money here go higher and higher.

An explanation of sectoral balances here. https://gimms.org.uk/fact-sheets/sectoral-balances/
The economy is divided up into three sectors, the private sector, the government sector and the foreign sector and all financial flows between these sectors must net to zero as surpluses and deficits must balance out.

thanks for the link. The article says

so that means if we have budged deficit then privat sector will not be indebted . Are we expecting major salary raises , or tax cuts??? how on earth private sector is not going to be indebted

Andreas
As individuals we are impacted by both the private and government sectors. Your situation in in relation to the private sector depends on whether you as an individual are a net saver or spender in your private activities. Independent of that, we all bear the costs of Government deficits one way or another, for example through future taxation required to pay it off. Alternatively, by inflation if the debt is taken out of the market by QE.
KeithW

NZ has a large problem with high levels of household debt and low levels of savings, this is in part because our government is always trying to run budget surpluses. Sectoral balances tell us that a government surplus must be equal to a private sector deficit, taxing more money from us than it is spending into the economy. Economist Bill Mitchell wrote about NZ on his blog a couple of years ago where he mentions this fact. You can read it here. http://bilbo.economicoutlook.net/blog/?p=38819

A very complex way of saying that new Zealand as a whole saved some money for the first time in ages. Why,? Because we weren't driving our cars around and burning imported fuel. Is it a good thing? It's neither good nor bad, it just is. What would be good would be if the rest of the economy grew relative to the tradable goods sector. That would imply healthy demand and a functional domestic economy.