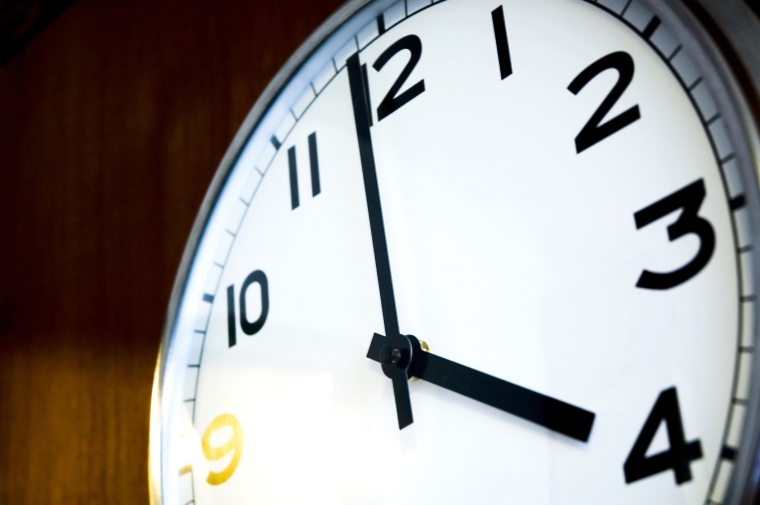 CREDIT CARD BALANCE TRANSFER CUT
Kiwibank changed its balance transfer rate for its Visa credit cards from 1.99% for six months, to 1.00% for one year.

AVERAGE RENTS CHALLENGE AFFORDABILITY
Average rents in Auckland range from $505 a week in Franklin to $675 in the eastern suburbs. Overall they now average $595/week. To afford that where rent is no more than 40% of take-home pay, you need a household income of at least $109,200 pa. gross (for someone on a M tax code with minimum 3% KiwiSaver deductions).

AUCTIONS RULE
Activity is already heating up at residential property auctions, and there's plenty of activity on the commercial property front too. Residential auction success rates are historically very high. Commercial property yields are in the 5.25% to 5.50% range in Auckland, and 6.5% to 10.1% in Christchurch.

SNEAK? VERY WELLINGTON
A major climate report, which has the potential to radically change the New Zealand economy, is to be released on Sunday, January 31. As this is when 40% of New Zealand will be on holiday, perhaps the Wellington bureaucrats are hoping it will go relatively unnoticed and they can sneak it through without as much scrutiny as releasing it when more folks are taking notice?

PAUL CONWAY BNZ'S NEW CHIEF ECONOMIST
BNZ has appointed Paul Conway as the bank's new chief economist. BNZ CFO Peter MacGillivray says Conway "breaks the mould of the traditional bank economist who typically focus on house prices, interest rates, and the state of the business cycle." Rather, Conway, who worked for seven years at the Productivity Commission, will focus on "the potential to improve productivity and wellbeing in New Zealand through digital transformation."

INSURERS CAUTION
Are you buying a new home attached to others? Is it being sold without a body-corporate to reduce costs and issues? The Insurance Council of New Zealand is urging all potential or existing owners of multi-unit property to check they can adequately insure their property.

AUSSIE CPI UP
In Australia, their December CPI came in at +0.9% pa above the same period in 2019, and higher than markets were expecting (+0.7%). However it seems this was driven by Federal and State government actions rather than real economy price changes. Despite that, the rises are still very low in any event.

CONFIDENCE HIT EVEN THOUGH CONDITIONS GOOD
Australian business confidence fell -9pts to 4 index points in December, while business conditions rose +7pts to an above-average 14 index points, a level last seen in August 2018. The slip in confidence is because of uncertainty around pandemic responses. The rise in conditions shows most businesses there are actually doing ok.

PROFITS UP
Profits at Chinese industrial firms, many of the SOEs, rose +4.1% pa in the year to December and that was way better than the +2.4% rise in 2019. It is also better than analysts were expecting and supports the view that the Chinese economy is doing well at present.

GOLD PRICE SLIPS
Gold is trading in Australia, and soon in Asian markets. So far today it is down -US$5 from this time yesterday to US$1849 which is -US$2 below the closing New York price and -US$8 below the afternoon fix in London.

SWAP & BOND RATES MIXED
We don't have today's swap rate movements yet. If there are material changes when the end-of-day swap rates are available today, we will update them here. The 90 day bank bill rate is unchanged at 0.29%. The Australian Govt ten year benchmark rate is up +3 bps at 1.06%. The China Govt ten year bond is up +2 bps at 3.20%. The New Zealand Govt ten year is up by +2 bps at 1.06% and well above where the earlier RBNZ fix was, at 1.03% (unchanged). The US Govt ten year is soft at under 1.04%.

NZD FIRMS AGAIN
The Kiwi dollar is now at 72.4 USc and firmer again than its open this morning. On the cross rates we are marginally firmer against the Aussie at 93.4 AUc. Against the euro we are slightly firmer too at 59.5 euro cents. That all means our TWI-5 is up over 73.6.

BITCOIN HOLDS
The bitcoin price is very little-changed from this time yesterday at US$32,251, just a -1% slip.

'Melvin Capital, to file bankruptcy as soon as next week according to sources.

The bailout they received yesterday from Citadel and Point72 went “poof” today as the GameStop ( $GME ) momentum continued.

The fund was forced to liquidate its Alibaba ( $BABA ) position after hours.'

I'm not a great fan of hedge funds shorts and leverage, this is fascinating

Going to be interesting tomorrow. Looks like they're into Blackberry and Bed Bath and Beyond too.

If I had money in a hedge fund I'd be wanting it back and fast.

"I'm taking my money out of Melvin! and I'm not even a client."

It's all very interesting. I can see the thrill in destroying a hedge fund.
Who's left holding the bag, though, on what is a business with very poor prospects? Maybe it doesn't matter if the crap is spread across millions of players on reddit.
It'll be fascinating to see the response from Wall St to this development. Will they gang up and try to fight the next WSB move front-on? Or use stealth methods to turn the mob to their own ends? Or just stop publicly shorting -- take the ball and go away?

Liquidity would dry up. All this collateral rehypothicated 30-60x would vanish overnight.

There are also a bunch of other funds long on GME. WSB don't own that much overall. Probably a few other funds are making money off Melvin's greed too. WSB seems to have had a big effect because it got the word out wider and because Melvin and others were greedy enough to short GME way too far.

Institutional sharks vs. an army of millenials. Should be a movie one day. Thank the government for the stimulus checks, thank the Fed for creating a situation where valuations are not based on anything real anymore. What a time to be alive!

Imagine they all bought gold stock and demanded physical delivery simultaneously. That would be so sweet.

God I would love that!

Snider on the Repo market,

“There’s been an awakening,” Tim Collins wrote. “A large group of retail traders have realized if they work together, using market tools such as out-of-the-money call options or low-float stocks, they can overpower any institution or short seller in the world, outside of the Fed, of course.”

Cramer himself admitted on CNBC that he’s “never seen the guns like this. They can break shorts."

Indeed - the option market maker has to delta hedge the written call sale, with underlying share purchases, which are not always liquid.

An extreme theoretical case could be:

Let us say there are 100 outstanding shares of company X held by investor A. Investor B comes in, borrows these 100 shares and short sells them to investor C.

Investor B borrows these 100 shares again from C and short sells them to investor D.

So now, short interest is 200 and outstanding shares is 100.

Those big banks would be forced into the market to buy physical, that would be interesting. Blow gold through 10k.

Surely you'd just start fighting over extraction stocks, which would be massively undervalued if they were selling all future production into a shortage?

I'm still gobsmacked that one word from Elon Musk can mobilise $3B.

Where does the control lie?

A lot of the appeal could be that he's not establishment

#wallstbets is its own culture now, and Musk is their God, for sure. At the moment it’s all fun and games for them, they’re taking the piss, making money, and getting up the nose of Wall St. It’s an interesting new element of chaos in the market - an anarchist dreaming of disrupting capitalism couldn’t really come up with anything better.

I'm not that surprised. It's all about awareness.
Anyone who wasn't aware is now, when they search for more info there is a long history on reddit for all to see.
It was happening anyway and so a bit more publicity from elon just gave it a boost.

Melvin Was also aggressively shorting Tesla previously, so Elon has a bit of a vendetta against that bunch. Cant blame him for getting in on the action :P

The Governor and the Treasurer have agreed that the appropriate target for monetary policy in Australia is to achieve an inflation rate of 2–3 per cent, on average, over time.

Equally, I am sure yield curve control will remain the mechanism of choice to achieve this goal, regardless of whether it fails, as it does now, or not.

No mention of the new trade agreement with China ? See SCMP for details

Had that mention yesterday. (We beat SCMP!) It is not really a big deal for 'today'. It is just the formal end of the upgrade agreed for all practical purposes back in late 2019. It was real news back then.

Does that mean the virus can be spread via fart?

Just caught up with my cousin from Melbourne. He is single and renting in CBD. $280 a week gets you a nice place to yourself including all bills. You can even get a nice permanent hotel room including Foxtel for $280 a week.

How much for the same in our CBD now that rents have dropped?

There is a housing shortage with a lack of roofs over heads but noone wants to live in apartments? Strange type of crisis I'd say...