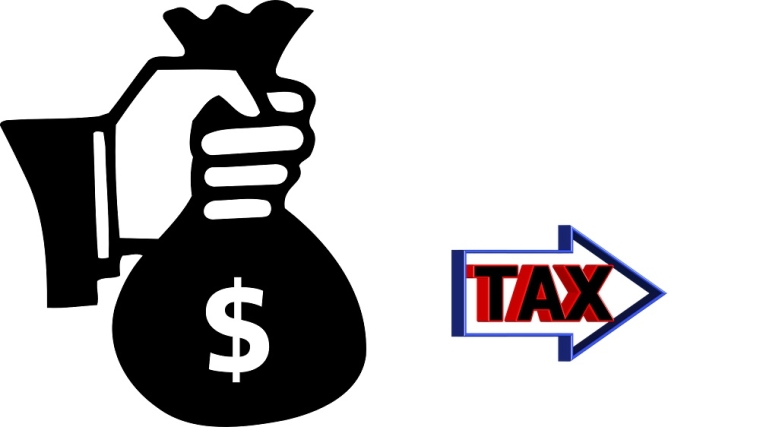 Westpac economists say the Government's likely to take in much more tax revenue this year than has been forecast, which means that some spending and support measures might have been delayed unnecessarily.

In Westpac's Weekly Economic Commentary acting chief economist Michael Gordon says the most recent batch of economic indicators have generally been on the positive side, "in line with our forecasts of a steady lift in activity over the rest of this year".

Gordon noted the release last week of the Government’s financial accounts for the 10 months to April.

"This was the first monthly report since the Treasury updated its projections in the May Budget, and we weren’t surprised to see another strong result. After just one month, government revenue is already more than $3 billion (almost 1% of GDP) ahead of forecast."

Gordon said that as the Westpac economists had noted in their review of the Budget, the issue was not with the Treasury’s economic forecasts, "which are now pretty similar to our own". After a soft patch during the summer period, GDP is expected to grow steadily over the rest of this year, with a further pickup in 2022 as international travel is gradually allowed to resume.

"The issue, rather, is around how those activity forecasts translate into government revenue. The Budget projections assumed that revenue, relative to GDP, would fall below average and remain there for years to come. This assumption was little changed since the Half-Year Update last December, despite the monthly accounts repeatedly coming out stronger than forecast since then.

"Our view is that, by the next fiscal update, the Government will again find itself with much more revenue than expected. That will again provide scope to both increase spending and reduce its borrowing requirement."

Gordon said while the Westpac economists acknowledge that tax forecasting is a difficult task, "we would point out that this is one area where forecast errors have real consequences".

"For one, it suggests that the current fiscal stance is far less stimulatory than was portrayed in the Budget: rather than a positive impulse on growth over the coming year, it’s likely to provide a negative impulse, as more tax revenue is taken out of the private sector than was planned.

"It also suggests that social spending or economic support measures that would have been of value over the coming year may have been delayed unnecessarily."

This sham of a government will only go hard and go fast if it looks like slumlords and parasites are going to lose any money..... literally anything else can wait.

"It also suggests that social spending or economic support measures that would have been of value over the coming year may have been delayed unnecessarily."

You have to be kidding me. Absolute joke out there as the welfare system is getting rorted to bits. Everyone is getting some sort of assistance now. The amount of vacancies verse those on benefit evidence in itself of the over generous nature of our welfare hammock.

We have UBI by default.

And are you also enraged by the hundreds of thousands in tax free capital gains freely given to parasitic landlords and property owners by the RBNZ's corrupt manipulation of its monetary policies... or is that ok because you benefitted?

You are clearly a newbie to the site. I have been calling out the housing ponzi for years. It is an avoidable mess caused by loose credit. In spite of having property and assets my vote has constantly shifted to try and change the rort. i.e form national to labour and last election TOP.

A large problem is the lethargic youth. TOP could solve this for you as could a well organised rent strike.

But all I see is rave and rant on social media.

As for parasites..yes landlords are at the top of my list.

With respect to beneficiaries I do not blame them, I blame the ridiculous policy settings. I wouldn't pick apples either if I lost 70% of my benefit. I wouldn't buy a second hand bed if I could just get money for a newbie form winz.

Correction there is a large amount of people denied work opportunities and a great number of employers who refuse to hire disabled people who have struggled to find any work for years. Did you actually believe the fruit picking at bare minimum with no accommodation nearby was an actual job someone with physical disabilities could do. Did you believe the government when they said all disabled people could start and run profitable companies with no investment income and no housing. Silly puppet.

Even worse you thought someone recovering from a severe heart attack could immediately rejoin the workforce while they are paralysed significantly and unable to read or speak adequately. How daft do you have to be to not think things through like that. There are over thousands currently with significant chronic medical illness needing daily nursing support and you think unlike completely able bodied and still in employment over 65s with their own homes that get more than double the amount of benefit support that those suffering severe medical illness and trauma could easily walk into a work role when most cannot even walk unaided. The last budget rolled out some actual significant funding cuts to disabled people and most could not afford basic living costs as it was to begin with.

Last week I met a guy who would earn less than $3 an hour legally (although that pay is further taxed) but would have to pay over $40 A DAY for his ONLY OPTION for transport to that work. Try living on incomes like that and get back to me after you have lived it for ten years.

The headline here could just as easily have been: 'Increased Govt spending delivers higher than expected tax revenue'. This should hardly be a surprise - especially with increases to benefits, minimum wages, social services, and infrastructure projects which have a particularly high multiplier effect (with tax being taken every transaction).

Yet there is money available.

Yes unfortunately it is cyclists before the sick, vulnerable and necessary workers as the recent nursing wage offer showed. $13mln to fund those with severe disabilities transport to homes, work, medical centres, community parks and education and the govt still denies the funding and denies them basic access. Unfortunately for most they only have one transport option at all and for in home care they have practically no time for transport to the clients in the first place and then when they get there the parking and street access has been removed so the clients themselves often are without access to medical support. Cue surprise on the national mental health outcomes getting worse. When you remove access to the community there is very little community spirit.

They say they can’t afford to pay nurses more because they are fiscally constrained but this is clearly untrue. If they are doing their best to keep a lid on wages to reduce the risk of inflation then why don’t they just say so? At least that would be a credible reason.

High income earners are already carrying the low income earners. Only more heavy lifting in the future given the new 39% top tax rate. How about the poor get an education rather than getting knocked up and then holding out their hand. Free education and tube ties are the way forward.

Robertson is Machiavellian in tactics. Borrowing lots to spend lots and when the tax take is so much higher he says "look how well I've done - the books are in even better shape. I'm such a good steward of the economy"!