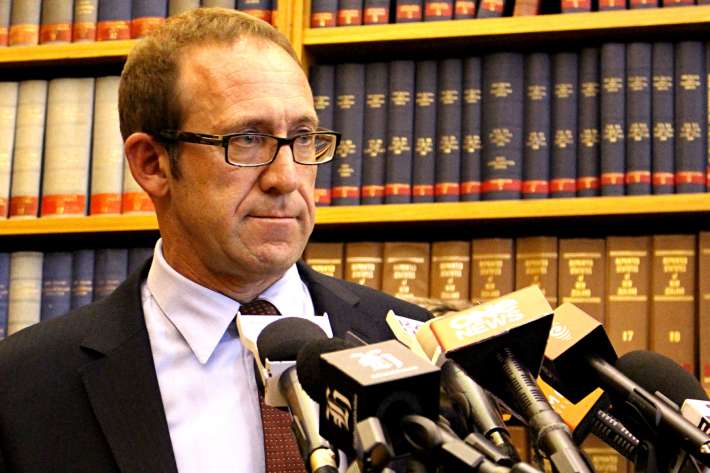 Labour Leader Andrew Little has reshuffled his shadow cabinet into the line-up he says he plans to take into the 2017 election to win Government.

Little elevated Auckland's Phil Twyford and Jacinda Ardern in the lineup, giving them the Auckland Issues portfolios. He also elevated Manukau MP Jenny Salesa into his shadow cabinet from the bottom of the previous list. Twyford rose from 5th to 4th in the list, while Jacinda Ardern, who has risen in the preferred Prime Minister polls in recent months, was lifted from 9th to fifth.

Twyford kept his housing portfolio, but was also given the Auckland Issues portfolio previously held by Phil Goff, who is standing in next year's election for Auckland Mayor. Ardern keeps her Justice, Children, Small Business and arts portfolios, but is also given the role of Associate Auckland issues. Goff moved down from 13th to last on the list.

Little said the changes reflected the talents of Twyford and Ardern and the importance of addressing Auckland's issues of housing supply and affordability.

"We wanted to make sure Auckland was strongly represented in that front bench, but it also reflects the hard work they've both been doing -- Phil on housing and Jacinda on children and justice issues," he said.

Cunliffe's position was dropped from 17th to 23rd and he loses the regional development portfolio to David Clark, who was also elevated from 10th to 9th on the list. Little said however that Cunliffe would be the under-secretary for superannuation issues and work with Little on Labour's pension policies. Little described the pension role as an "expression of confidence in him."

Trevor Mallard, a former Labour cabinet minister, was relegated from 18th to 20th on the list, although Little made clear he expected Mallard would be appointed Speaker in a Labour Government, while fellow long-serving MP Ruth Dyson would be deputy speaker.

One surprise elevation in the list was former interim leader David Parker, who rose from 15th to 11th and was given the Environment and Water portfolios, although he did lose trade and export growth to David Clark. Sue Moroney was elevated from 22nd to 18th and given the Transport portfolio.

Other movers included Kelvin Davis, who was lifted from 8th to 7th and given Maori Development, which had previously been held by Nanaia Mahuta. She dropped from fourth to 12th on the list.

Christchurch MP Megan Woods moved up from 13th to 10th. She will cover Climate Change and Associate Trade and Export growth.

Labour are going to have to do a lot better than shuffling these ageing losers around to even dream of forming a Government in 2017 .

Can they give me just ONE reason to vote Labour ?

Frankly , they a cobble-together of Chardonnay lefties , academics , couch communists who have never experienced the tyranny of communism , and idealistic dreamers all wrapped up in a nice rainbow blanket .

Their voters were :- Labourers who don't connect with their caviar and champagne tastes, factory workers like my late father in the 1960's, truck drivers ( who they want off the motorways) , youth who are too lazy to vote , and the unemployed who get enough benefits for overseas travel holidays from John Key already.

Mate, you'd never vote Labour so nobody's going to waste their time giving you any reasons.

I doubt rising inequality, failing state services (CYFs, Health, Prisons), Auckland's housing embarrassment and a decaying natural environment matter to you at all - you're just commenting to try and satisfy your right wing bias.

Get off ya soapbox.

My heart lifted when I heard that awful Mallard was gone. His only use has been as a nasty insider brawler, who has been there too long and forgotten the real world and the purpose of being in parliament.
Sadly - reading this I see he is likely to stay, as labours offer for Speaker even. WTF. I cannot think of anybody who has made it more clear they are unsuitable for such a post.
I am getting more than annoyed with the third term Nat government, but with this sort of thing labour can never be an alternative.

He can't be worse than David Carter!

He can't be worse than David Carter!

Labour's looked steady recently and John Key increasingly shaky and desperate (that rapist call - WTF??). Andrew Little on the other hand has been saying the right things. He talks very well and think he'd make a good Prime Minister.

I'm unsure about Grant Robertson as a potential Minister of Finance though. Stuart Nash has much better experience in the business world - I'd prefer to see him in that role.