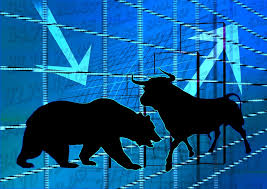 The Switzerland-based Bank for International Settlements (BIS), the central banks' bank, has issued its annual report. In a statement accompanying the annual report BIS argues for "policies that we will not once again regret when the future becomes today."

There is an urgent need to rebalance policy in order to shift to a more robust and sustainable global expansion and address accumulated vulnerabilities, the Bank for International Settlements (BIS) writes in its 86th Annual Report, calling for prudential, fiscal and structural policies to play a greater role.

“We need policies that we will not once again regret when the future becomes today,” the BIS says in the report, released today, which describes a broad-based economic realignment as financial cycles mature, commodity prices fall, the dollar strengthens and global liquidity starts to tighten.

In its flagship economic report, the BIS argues that growth rates are not far from historical averages. Still, it identifies a risky combination of unusually low productivity growth, historically high global debt and shrinking room for policy manoeuvre, which leaves the global economy highly exposed, not least to shocks and political risks.

The recommended policy rebalancing should be incorporated into a long-term framework with a stronger focus on preventing costly financial boom-bust cycles, the BIS says. Prudential, fiscal and structural policies need to work alongside monetary policy, with a clear delineation of responsibilities.

The structure of taxes and subsidies could be adjusted to remove the bias towards debt accumulation, for example by eliminating the tax advantage of debt over equity, and the quality of public spending could be improved by focusing more on investment. Throughout this process, prudently assessing fiscal space and maintaining sound public finances are key. Safer and stronger banks will also contribute to a more resilient economy since better capitalised banks lend more and stronger market-makers mean more robust market liquidity.

Over the last year, major economies’ interest rates – adjusted for inflation – have edged further into negative territory and the stock of sovereign bonds trading at negative yields has hit record highs. The persistence of such exceptionally low rates has raised questions about their impact on the profitability and resilience of financial institutions, the sustainability of asset prices and the broader economy.

Other new research in the Annual Report discusses anomalies in financial markets; how financial risk-taking can undermine the traditional impact of currency moves on an economy; the role of global value chains in the globalisation of inflation dynamics and the treatment of sovereign debt on banks’ balance sheets.