Wholesale rates may be falling fast toward record lows but risk premiums are rising. Mortgage rates may fall, but it is unlikely to be in the next week or two, although Kiwibank cuts today

Wholesale rates may be falling fast toward record lows but risk premiums are rising. Mortgage rates may fall, but it is unlikely to be in the next week or two, although Kiwibank cuts today 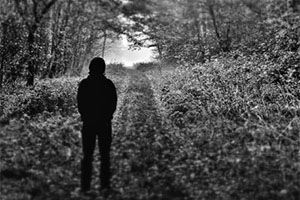 Could Brexit affect our mortgage rates?

Clearly it is too early to tell.

But if the sharp fall in wholesale swap rates we saw on Friday are sustained - and there is likely to be further downward pressure on them today when markets open - it is entirely possible.

Bank treasurers will no doubt want to wait until some of the dust settles. Wall Street won't open until tomorrow and while sharp falls in equity prices are already priced-in in the options and futures trades, you can be sure cashed up bargain hunters will be out in force. (And this will no doubt include the NZ Super Fund and many of your KiwiSaver fund managers.)

Wholesale swap rates may have dived lower, but risk premiums have risen at the same time. They rose +10% on Friday for Australasian investment grade corporate debt. They may rise some more today. But this only puts them back to the same risk premium we saw in May, and in fact these risk premiums are still -6% lower (after the jump) than they were at the start of the year.

Wholesale swap rates on the other hand are either at or near record lows.

This wait-and-see situation will probably only last a week or two, then some will undoubtedly break ranks.

After all, mortgage demand is unseasonably strong and opportunities exist for market share gains among the challenger banks.

In the meantime, we will probably only see some minor tweaking in home loan rates.

And in the meantime, expect bank spokespeople to talk up the possibility of retail rate hikes based soley on the rising risk premium (and conveniently ignoring the base wholesale rate falls).

In fact, there have been three institutions who have moved Friday or Monday.

Kiwibank has dropped its one year rate by -10 bps to 4.19% which gives it the market leading rate for this term, in conjunction with HSBC.

This makes their six month rate the lowest of any bank except ICBC, who has a 4.39% rate for that term.

Their new one year rate of 4.25% ends their 4.10% 'special' promotion, and resets it to match many other rivals as the market low.

More odd, Sovereign has raised its variable rate, now to 5.75% from 5.65%. It is unclear what has motivated that change especially as parent ASB is not indicated a similar shift. Maybe its just an opportunistic margin grab.

Updated with details of Kiwibank's ne one year 'special. And rates marked (*) were incorrect in an earlier version of this story.

If I were loaning money to people I thought were a risk...I would ask for a higher interest rate return.

Unfortunately, many central banks work in reverse! , thus leading to perpetual debt bubble financing to save us from the inevitable slippery slope THEY themselves created.

I think its pretty clear the banks are raking it in on floating rates, while many borrowers wait to see what will happen . They don't realise while they are waiting , they are paying more than any gain they may get from netting a lower fixed rate more than 3 months in. Get a 6 month rate below 4.5%, (Its just a matter of asking ), I would think it would need a drop of nearly 1 % in the next 3 months for you to lose out.

Be aware that when you ask a bank to go from floating, to fixed, they will review your facility. Make sure you can withstand the new criteria ie: 20% equity and the capacity to service a P&I loan at, say, 7% if necessary. It may cost many floater more to fund, but do they really want to provoke a review?

Not the normal course of action when clients asking to Fixed a Floating Rate for any Bank I have come across (and I have worked in the industry for 28 years). Unless of course you are also wanting to increase the term and/or change to Interest only etc?

Floating mortgage rates will remain high in NZ regardless of global conditions, as bank churn increases, and banks need to lock in the borrower at tempting 2 year rates.
The 2015 two year fixed rate of 4.69 is now a high rate when 4.2 is now available. So either way the bank wins: lock in at a higher rate now than will be available next year, or stay on the high floating rates.
6 month is the new floating.

I note that while they lowered their 1 year rate 0.10%, Kiwibank have also increased their 2 year rate by 0.14%

Sounds like the .1 drop is a bit of a loss leader to get the free advertising. Brexit though may mean rises

not necessarily.. did you notice that some banks have 2yr rates lower then 1yr? That means they want peole to lock for longer terms, few times before we've seen this... just before rates dropped..