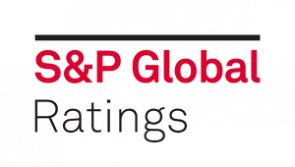 Against a backdrop of weaker net interest margins and a gap between what New Zealand households are borrowing and depositing, local banks have been tightening lending standards, S&P says in its annual NZ banking outlook report.

"Banks have indicated a bias toward tightening lending standards across household, business, and agriculture lending. This has included a tighter stance on pricing for capital and risk. Overall, we expect this bias to continue into the first half of 2017, particularly in light of the aforementioned headwinds. Despite the significant economic tailwinds behind Auckland and surrounding regions, we expect credit extension to the business sector to slow, particularly as we understand some of the larger banks are operating close to their internal limits on commercial property," S&P says.

The credit rating agency estimates a housing supply shortage of between 30,000 and 40,000 dwellings in Auckland.

"With banks reporting a tightening in lending standards for property development, it's conceivable that new construction will slow, despite the rollout of the Auckland Unitary Plan, applying further upward pressure on house prices," S&P says.

'Entering the latter part of the current credit cycle'

Overall S&P says NZ's banking system is showing signs of entering the latter part of the current credit cycle. It's forecasting debt growth will slow because of recent increases in residential mortgage rates, which should continue as banks' wholesale and retail funding costs edge higher.

"Tighter risk-based pricing and margin recovery are also factors, in our view. We expect this to reduce both the demand and supply of credit. The outlook for slower credit growth also comes off the back of the need, in our opinion, for banks to close the funding gap - the difference between credit and deposit growth - that has been building for the last year or so, and, to a lesser extent, the recent tightening of macroprudential restrictions," S&P says.

"We expect the performance of New Zealand banks to remain strong in 2017, on the back of low credit losses aided by historically low interest rates and solid economic growth. In our base case, we forecast housing-related imbalances - namely inflated house prices and, more recently, rising household debt levels - to stabilize in 2017, with both credit growth and house prices to slow, albeit modestly."

"In our alternative scenario, we believe there is a low probability risk that credit growth remains elevated around current levels. Less likely, in our view, is the prospect of house prices resuming another leg upward. The increased risk of either scenario playing out would place downward pressure on banking sector creditworthiness, in our opinion," S&P says.

Why am I not in the least surprised ?

Quite simply they whole way in which we do things needs a makeover .

Everything from immigration to money supply , the RMA, the way we tax (or dont tax) blatant land speculation , and the exhorbitant costs of infrastructure , the oligopoly in the building materials supply chain , the weak half-hearted efforts to dampen housing supply with LTVR 's , to name a few

Lower incomes / less jobs / less wealth sounds like a vote winner for Labour & Greens! Great comment Rastas, and mark my words Dec 31st this year Median Auckland house prices will be higher than they are now.

Against a backdrop of weaker net interest margins and a gap between what New Zealand households are borrowing and depositing, local banks have been tightening lending standards, S&P says in its annual NZ banking outlook report.

Isn't it the case that nearly every bank loan approved and extended to a domestic borrower results in an immediate thin air deposit in their account offset by a bank mortgage asset, irrespective of the tiny and improbable chance that someone might pop into a bank and deposit some portion of the ~$6.5 billion circulating currency pool, previously residing in a mattress?

At the end of last year $1.3 in new mortgage debt was being created per month. Applying the capital requirement calculation using the low end of the requirement the following would apply.

Somehow all of our banks are unable to retain $36.4m per month to enable lending to occur when they are making $375m per month in profit (ignoring principal repayments). Where are the term deposits going and where is the bank capital going?

Put in law that immigrants have to buy new builds. Problem solved

For that to happen in fact for any solution to start first have to vote out supporter of speculation policies.

And even before that, we need to address the supply issue.

Why does the supply issue have to be first? The new builds are already too dear for FHBs and young Kiwis to afford. Only speculators, investors and foreign buys can afford them; the people we are trying to discourage from being in the property market.

Why discourage speculators and foreign buyers in the property market?
You do realise that without increased supply prices are still going to be excessive, right?

That would reduce demand, without buyers for the current stock the supply will increase.

I just think you people overestimate the impact of foreign ownership.
The immigrants we are getting aren't rocket scientists, they are doing the most menial jobs at (or below) minimum wage. These people are not buying houses.
Australia has the new build rule and stamp duties - look at the Sydney market.

The key to reducing price in New Zealand is cutting costs/increasing capacity in the supply chain. We already have the demand issue that we can't do anything about - these people are here to stay. Just stopping new immigration/foreign ownership is not going to do hardly anything for incumbent prices, given a fixed housing stock.

"We already have the demand issue that we can't do anything about."

Aye? Capital gains tax, reducing immigration, stamp duties, removing the ability to claim against rental properties, increasing the LVR for speculators and investors... There's plenty that can be done to curb demand.

"Just stopping new immigration/foreign ownership is not going to do hardly anything for incumbent prices, given a fixed housing stock."

True, but it is a start. A multi-pronged approach is needed focusing on both supply and demand, not just building more houses for the wealthy to buy; which is what you seem to think.

All these issues do nothing for addressing affordability in the medium term, until wage growth catches up with stagnated property value.

Immigrants are not the same as foreign buyers.

True.
So, what are the figures on truly 'foreign buyers' then..?

Good question. Ask the Guvmint. Oh wait, they lie about the number of foreign buyers in the NZ housing market and manipulate the data to suit their agenda.

Everyone lies.
It's all about which lies you believe.

By most reasonable analyses, unknown, but between 3 and 30% - as industry feedback suggests a massive amount of purchases on short term visas, student visas etc., which are not recorded in the government's pretend figure of 3%.

We also have the examples of other markets where Chinese capital flight has been a major figure to go on, e.g. Vancouver and Sydney. Like here, people there pretended for the longest time that foreign demand was not a factor, however their foreign purchase stamp duty of 15% seems to be having some interesting effects so far.

My guess is only a few now believe that it's all about a shortage of supply of dwellings for people to live in, versus a bubble of speculative demand and capital flight. See also the drying up of auction rooms with fewer bidders since China's clampdown on capital flight.

Speculators because they contribute nothing except to enrich themselves (look at the thousands of empty homes around Auckland), and foreign buyers because of money laundering and revenue/capital flight overseas instead of staying in New Zealand.

Yes I do understand that, but I believe that building thousands of extra houses first without dealing with the demand side will accomplish nothing. The new houses will simply be bought up by foreign buyers or Boomers and will not increase home ownership rates for the under 35s and continue to lock FHBs or young OOs out of the market.

That is a very simplistic view..

Speculators provide an essential amount of liquidity to the market.

Nope. That is only one of many problems which are causing house prices to rise. So it is one of the keys, but not the only thing that needs doing.

Another failing of the Auckland City Council - to produce price forecast research on the dichotomous supply and demand elements of the unitary plan.
It's not like they don't have the data to do this. Hell, even send it to econometricians at the universities. At least put it to work somehow. God knows the team of two economists at AC aren't up to the job.

Timber, steel up 5% to 13% in February, Pink Batts up too! Banks tightening up development lending which serves the purpose of increasing existing house prices and keeping equity levels high. These bankers have a vested interest in keeping house prices up by keeping the developers pinned down!

Timber, steel up 5% to 13% in February, Pink Batts up too! Banks tightening up development lending which serves the purpose of increasing existing house prices and keeping equity levels high. These bankers have a vested interest in keeping house prices up by keeping the developers pinned down!