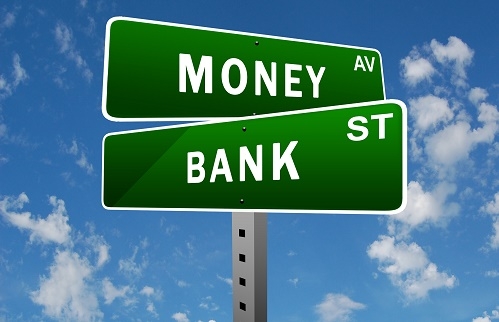 The growth in New Zealand household borrowing surprisingly picked up pace again last month after taking a pause for a couple of months.

The RBNZ's monthly sector credit figures for December show that total household claims (mostly mortgages, but also including consumer finance) rose a seasonally-adjusted 0.7% to $246.877 billion from $245.163 billion in November.

After the monthly growth rate had hit multi-year highs of 0.8% between June and September, this growth rate moderated to 0.6% in October and November and was seen as likely to continue dropping. So, the rise to 0.7%, with the rate of annual growth blipping up to 8.7% from 8.6% will have come as a surprise to the market and the RBNZ, which looks closely at these figures.

The fast growth in borrowing levels had been causing concern, even though the low interest rates were currently making such higher levels of borrowing affordable.

Therefore, the RBNZ, which clamped new restrictions on borrowers for housing investment in October, would have welcomed the slackening in the pace of borrowing growth that followed - but will not welcome the new resurgence in borrowing demand.

Separate figures released earlier in the week by the RBNZ and highlighting mortgage lending by borrower type, showed that the new rules from the RBNZ requiring investors to come up with 40% deposits for houses is having a real impact, but that owner-occupiers and first home buyers are stepping up their activity in the market.

Of particular concern for the big banks has been the fact that demand for borrowing has been outstripping inbound deposits from investors, as investors have looked elsewhere for higher yields than those available in term deposits..

The consequential need therefore for banks to source additional funding from offshore has forced up their funding costs and has seen mortgage rates start to move up, while banks have been sweetening deposit rates to attract more local funding.

The trend for deposits has improved a little in recent months.

The RBNZ's household deposits figures for December showed that during the month the amounts invested with banks rose by over $2 billion to $162.638 billion. The increase in deposits was bigger than the increase in borrowing, but the rate of deposit annual growth, at 7.1% is still well down on the double digit growth that was being seen earlier in 2016.

In terms of just mortgage borrowing alone, the total rose during December by nearly $1.5 billion to $230.779 billion, making for an annual increase of 9.1% - up from 9.0% the previous month.

Separately, business credit demand was subdued in December after some recent strong gains, with the total outstanding at $94.750 billion, largely unchanged from the previous month, but up 6.0% for the year.

Agricultural lending, something that the RBNZ remains concerned about, has dropped very slightly to $61.155 billion, with the annual increase 4.2%, up a little from 4.0% the previous month, but well down on the 9% growth rates seen a year earlier.

To eliminate the shortfall the banks could simply reduce the rate of growth of lending to support a more sensible 4 % growth rate rather than supporting an 8 or 9% growth rate of lending that their currently huge margins allow.

Surprisingly banks secured excess wholesale foreign funding (S1 Section A3.3) above and beyond S6 domestic funding production to match registered assets depicted by S7. Is there a maturity roll off in the pipe line the banks wish to fund off-balance sheet rather than debiting fresh customer liabilities to credit savers on balance sheet?

Buying houses is the same for cash rich buyers purchasing from a seller. Residual seller mortgages (bank assets) net out against the deposit (bank liability ledger). If the buyer needs a mortgage the bank debits the new mortgage ledger to credit the buyer's deposit account. Read more

November and December S8 figures are showing a shift to fixing from the floating rate mortgages. Looks like we're also close to the weighted interest percentage for mortages starting to increase again. I'm wondering how many households are going to find their cashflow is tapped out in a year's time.

So households are borrowing more and there is an increasing stream of cash into households. So what are they doing with that cash. Changing houses at ever increasing prices for the same houses ? Using the cash to fund frills - overseas trips - new kitchens - and travel ? Or horrors - funding the basic groceries ? Suggestions ?

Personal finance is an alternate reality where you can own anything provided you can make the monthly payments. Pretty much everything you've suggested and more.

Some get a bigger house, especially with a pool if you look in the Auckland region on trademe.

Some buy multiple expensive cars (some incredibly low interest rates at the moment). Even though people can only drive one car at a tme they need a choice. Got 3-5 cars, why not get a boat as well. What else is money for?

All manner of consumer goods, luxury travel and so on. It's worth going to Skycity on a Friday or Saturday and see where some of the money is going.

With P2P lending a lot of people are borrowing money to maintain or improve their house. You'd think if New Zealanders were getting rich owning houses that they'd have some money, but instead money is being hosed away.

There are plenty of people spending more than they earn. Interest rates are low enough that they won't be brought back to reality for some time.

A lot are building swimming pools. Ive been in the pool industry for a few years, by far the busiest I have seen it. Sales people actively encourage chucking it on the mortgage. Roughly around a 60k average plus landscaping - 100k total is not unusual.
A lot of new cars around.
A lot of very extensive remodelling going on
I travel a lot for work - Koru Lounge full ! Business Class Full ! - Im guessing not everyone has won lotto.

I work in the IT industry and many in my office are driving very expensive Euro cars and are open about it being tacked on the mortgage. Also large overseas trips and boats...all on tick using the house as an ATM.

I find it mind-boggling how little concern people have doing this?

This must be the wealth effect JK kept crapping on about - but in reality its just more debt piled up against an imaginary number of the CV...

The trend in previously middle income households is to top up the lower income with borrowing.
Small but regular borrowed topups accumulate over time. While families try to keep the lifestyle going.
This is a trend across most developed countries