Looking starkly at Generation Rent, parties are proposing policies which would protect those who will never own a home

Looking starkly at Generation Rent, parties are proposing policies which would protect those who will never own a home
9th Aug 17, 1:00pm
by Julia Wiener 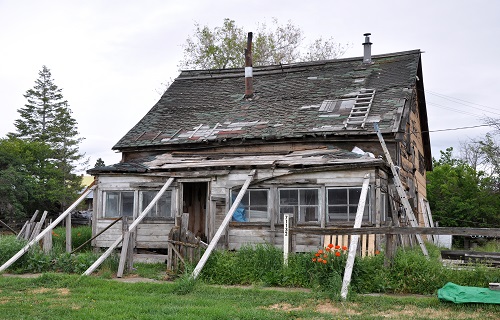 Even with the most aggressive policies deployed against New Zealand’s housing crunch, the inaccessibility of affordable housing is likely going to persist for long enough that thousands will be locked out of home ownership for the rest of their lives.

This cohort – dubbed ‘generation rent’ – is a voting bloc to be reckoned with, and will need protection from the uncertainty brought by perpetual renting.

Some of New Zealand’s political parties have picked up on this, and have come up with policies to combat it.

The Opportunities Party has launched a policy that would reform the Residential Tenancies Act to strengthen the rights – and staying power – of renters.

Gareth Morgan’s proposals follow the example of Germany, where less than half the population own their home, but citizens can be assured of residential stability due to strong legal protections afforded them by the government. The key, he says, is long-term tenancy rights. "German law provides for a greater security of tenure: tenants can give 90 days' notice, otherwise the tenancy is ongoing unless the landlord is able to give a serious and legitimate reason for termination."

TOP would see this model followed in New Zealand. Per its website: “Under this model the default standard lease makes it far easier for a tenant to remain in the premises long term. This will be achieved by restricting the conditions under which a landlord can evict a tenant to those of non-payment of rent or property damage. Sale of a property is not necessarily a legitimate reason for eviction.”

This change to tenancy law would come alongside TOP’s flagship proposal to tax imputed rental, including on residential property, which would see some speculative investment channelled away from housing into more productive avenues.

The benefits, he says, are much needed in a climate where more and more families will be exposed to the vicissitudes of the rental market. Crucially, this is not a protection from un-insulated, mouldy, leaky houses; it is a protection from being evicted from them.

The proposal echoes Metiria Turei’s 2016 Residential Tenancies (Safe and Secure Rentals) Amendment Bill, which was voted down in Parliament after its first reading in 2016.

The bill would have removed the obligation on tenants to pay leasing fees, set a default three-year fixed term for residential tenancies, limited rent increases to no more than once a year, required that the formula for calculating any future rent increase be included in tenancy agreement forms, allowed tenants the right of renewal on rental agreements, and restored the 90-day notice period for when landlords wished to sell the property.

The last proposal in particular can be contrasted with the German one, and that of The Opportunities Party. TOP would take tenant protection even further, meaning that selling a property would not be a sufficient reason to evict tenants living in it.

Other parties have taken aim at the quality of rental housing itself.

Labour’s tenant protection policy comes in the form of Andrew Little’s Healthy Homes Guarantee Bill, which is currently making its way through Parliament. The Bill would “set standards that will require all rental properties to meet proper standards in: insulation, heating, ventilation, draught stopping, and drainage.” As the poor quality of much of New Zealand’s rental housing stock, and its link with respiratory illness, has been a significant issue in the last few elections, this is a safe, though cautious, move.

The New Zealand First housing policy, which as of writing has not been updated since 2014, would make home improvements tax deductible, giving landlords an incentive to make upgrades to their rental properties. Under NZ First's policy, specified improvements could be expensed for income tax purposes in the year they were incurred. Insulation, solar heating, heat pumps, wood pellet burners, disaster protection and earthquake strengthening one's rental property would all be income tax deductible.

The NZ First approach to insulating houses would not be to mandate that owners insulate their rental properties through legislation, as the National government has or Andrew Little’s Healthy Homes Bill would do. Nor would it directly subsidise them, as Labour plans to do with the revenue gained from closing negative gearing loopholes, or as the government has with Warm Up New Zealand. Instead, it would provide a tax incentive for owners of rental properties to make their properties liveable.

And from the right?

Until the Maori party releases their policy manifesto, we can only guess at what protections they would afford to the coming generation of perpetual renters. The ACT Party would not dare propose a government protection for anyone poor enough to be renting their home.

National’s refusal to acknowledge the extent of the housing crisis will likely stop them from doing anything like TOP and the Greens are proposing, in giving tenants more rights against their landlords.

Regarding healthy homes, however, the National government last year passed legislation amending the Residential Tenancies Act, which required owners to install smoke alarms and modern insulation in rental properties, and enabled the Ministry of Business, Innovation and Employment to enforce these standards against landlords.

The insulation requirements applied to social housing as of 2016, but will only kick in for other rentals from 1 July 2019. Per National, “Landlords must include in all tenancy agreements from 1 July 2016 a declaration of the level of insulation underfloor, in walls and in the ceiling, and all insulation installed from 1 July 2016 must be to the latest 2008 standards.”

This seems to make Andrew Little’s Bill redundant, and National has of course criticised the bill, arguing that it would actually delay the implementation of upgrades already mandated in the 2016 changes. Little’s bill would require compliance within five years of royal assent; National’s bill will require all landlords comply with insulation standards by 2019.

Regardless of whether this criticism holds weight (Little’s Bill has passed its first two readings and looks likely to be passed by the end of the year), the two major parties have kept to very similar ground in terms of protecting tenants. With progressive tenancy protection proposals coming from Gareth Morgan and Metiria Turei, two of the most different characters in 2017’s political landscape, it is interesting to see whether their proposals will catch on as more of the electorate becomes part of generation rent.

I understand that a report from the Building Research Association reveals that almost 50% of ALL houses lacked adequate insulation and are damp and mouldy. This,in a first world country,is surely a scandal.
Why those who own their home would live in these conditions baffles me,but for those who have to rent,it should not be permitted.
Appealing to Landlords' humanity is not going to work,so some form of legislation is necessary and it will have to include provisions to prevent landlords from simply putting up rents to over the costs. I have one rental property,but would vote for such a measure.
NZ should be ashamed of its housing stock.