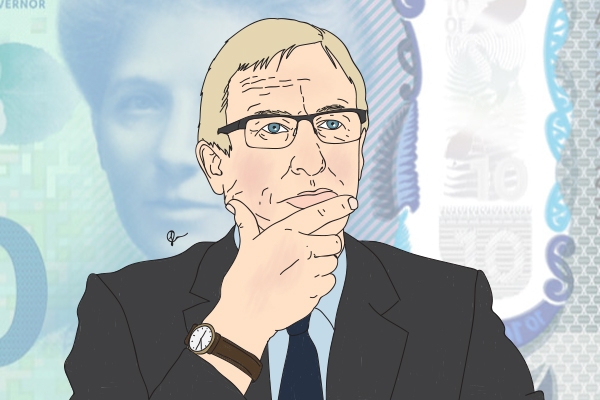 The Reserve Bank has left the Official Cash Rate (OCR) on hold and has reiterated it will stay at 1.75% for a “considerable period.”

The news will come as a shock to few, as the vast majority of forecasting economists were picking this result.

In a statement, Acting Governor Grant Spencer said although GDP growth was weaker than expected in the fourth quarter of last year, it is expected to strengthen, “supported by accommodative monetary policy, a high terms of trade, government spending and population growth.”

He says labour market conditions are projected to tighten further.

Spencer says the bank is expecting consumer price index (CPI) inflation to weaken in the near term.

He cites softness in food and energy prices and adjustments to government charges as the reasons for this.

“Over the medium term, CPI inflation is forecast to trend upwards towards the midpoint of the target range. Longer-term inflation expectations are well anchored at 2%.”

The wording here is very similar to February’s OCR review.

“Monetary policy will remain accommodative for a considerable period. Numerous uncertainties remain and policy may need to adjust accordingly.”

“The Reserve Bank has been uncomfortable with the degree of market attention paid to its exchange rate comments and was probably pleased to have an opportunity to further reduce the focus on the exchange rate.”

Thursday’s OCR review was the last for Spencer, who has been Acting Governor since Graeme Wheeler stood down last September.

“The sentiment is that Governor Spencer has left the ship sailing in the right direction and has successfully emerged from some choppy conditions caused by a change of government,” says Capital Economics Chief New Zealand Economist Paul Dales.

Adrian Orr takes over as Governor on Tuesday next week – he will sign a new Policy Targets Agreement with Finance Minister Grant Robertson before then.

Dales says Orr will surely face more challenges during his term, which begins on Tuesday.

“The greatest will be trying to raise inflation to the middle of the 1-3% target range against a backdrop of slowing GDP growth."

New Fed Chairman Jerome Powell also said the US economic outlook has strengthened, hinting that the path to further interest rate hikes could be more aggressive.

The kiwi dollar jumped roughly half a cent against the US greenback after the news.

"Oh no! That's not possible! OCR SUPPOSED TO BE INCREASING to take the air from the property prices." (Quote from well known DGM)

Actually no. The comments have been that hikes elsewhere in the world are going to increase the cost of borrowing in NZ, although there has also been comment that global central bank hikes will eventually cause higher inflation in NZ and *that* might trigger RBNZ to move on the OCR. This has been explained so many times, so your comment kinda seems like a deliberate attempt to misrepresent.

About 60% of bank funding is via the international debt market, so if rates in that market rise to reflect higher US rates then US rate rises will indirectly feed into bank funding costs and therefore retail lending rates.

Correct me if i am wrong please but the last time that the ocr changed was 25 basis point fall to 1.75 percent. Banks did not pass on that saving

RBNZ sets the OCR and has no control over the rates on the international debt market. The bank margins are still thin so there was no way they were ever going to pass that on. When the OCR goes up I expect them to pass all of that cost on (except for a few special deals).

There profits are highly leveraged. I'm waiting to see if events over the next few years make those profits evapourate. By all means rant about bank profits but it's a boring topic.

They are high profitable because their loan books, esp for residential property, have swelled beyond belief. Their profitability has little to do with their “margins” and everything to do with the grotesque size of their balance sheets. They are all cutting their own throats to maintain volume in a shrinking mortgage market.

Bobster - its now well less than 30% offshore funding since the GFC, and higher overseas Fed Funds type rates don't directly increase the NZ banks cost of that funding as they swap that funding back into NZD's at NZ rates - what does affect it is if the "swap spreads" blow out (and the Libor OIS spread has recently) or just the plain costs that they can access it above Libor increase for credit reasons (e.g. GFC). What there's hikes are doing though is putting upward pressure on overseas and therefore NZ long-term wholesale rates which isn't a concern if you plan to speculate on a modest eventual upside cycle...but remember the old saying "plenty of bulls and bears in markets but eventually pigs get slaughtered".

will eventually cause higher inflation in NZ

Higher inflation usually means higher rents to support property prices....so far the coalition has done nothing substantial to make a significant dent in values and rents. In fact rents have been rising faster than inflation

Sorry Houseworks, but you're not quite coherent there. Rent *IS* in the CPI basket so increases in rent are reflected in overall CPI inflation. If rents rise significantly then this will contribute to an overall rise in inflation, the two measures are interrelated.

You perhaps want to say that rents have been rising faster than other items in the basket?

The comment that you have tried to make regarding the OCR, housing market and so called "DGM"'s, doesn't actually have any basis though. MSM has commented numerous times that increases in global interest rates will cause rises in NZ mortgage rates. That isn't something that "DGM'"s have pulled out of their arses, it has a firm factual basis that you are skirting around because it doesn't fit your narrative.

If interest rates rise globally, and NZ banks owe a large chunk of their funding overseas, can you explain how this will NOT ultimately increase NZ mortgage rates? Please just answer that directly if you can.

Out of the Fed, ECB and BoJ it's only BoJ that's carrying on with ZIRP (or slightly negative rates). Overall the the Fed is going to slowly push up the market rate. Banks will charge market rates in the long term.

Make sure you get fixed rates now and keep your repayments up.

Dictator - you'll find that the Fed is the only one that has ceased QE and in fact is now in QT mode. It is likely that the ECB will cease later in the year but nothing offciial yet, and the BOJ is still hard at it.

ECB still has a mess to deal with. They want to head in the Fed's direction but given that they've made a number of EU banks hold bad debts as assets they won't want to move too quickly. Japan has gone completely crazy.

Will be interesting to see if the mortgage rates do increase in the U.S.
Personally can’t see them moving up at all!
Don’t beleive that the U.S. consumers can afford to pay higher rates and if rates did move up much then their economy is going to suffer!

US mortgages are typically fixed for 15 or 30 years. Provided people don't sell they can keep the low rate for the full term of the mortgage. Unlike here it impacts new purchases.

You are right that US consumers can't afford to pay more, they can't afford the current rates and many are defaulting. Their retail sector is already suffering badly.

The Man 2 - I'm not sure where you got that from but US mortgage rates are all up 50-80 basis points over the past 6 months and are going higher. Higher rates are designed to hurt - yes they seem very unlikely to go back to the previous highs of the cycle, but they are coming off historic lows, and the same as applies here, assuming many won't get hurt because they'll stop before it does just ignores what creates 7 out of 8 recessions historically, central banks raising rates too far - "this time will be different"? Possible but I won't be beating my mortgage on it if I had one.

The Federal Reserve put up rates this morning and said it will put them up two more times this year. The worm is moving.