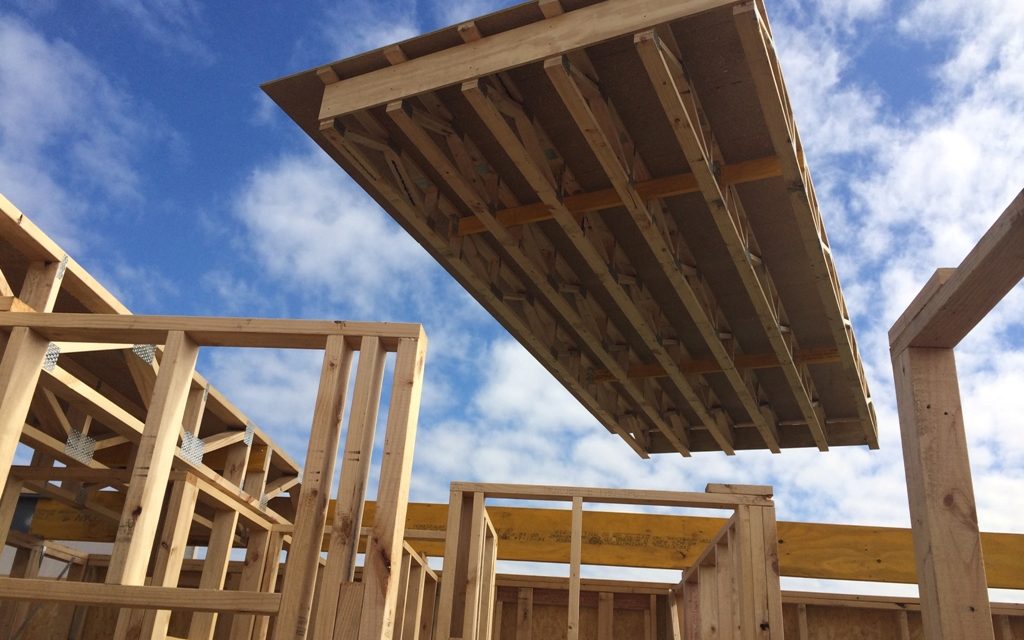 The unemployment rate fell from 4.3% to 4.2% in the March quarter – only just shy of the fall some bank economists were expecting, but in line with the Reserve Bank’s (RBNZ) forecasts.

Meanwhile the wage rate (or the labour cost index) increased by 2.0% in the March year.

Looking at Statistics New Zealand labour market data more broadly, it softened, but not enough to be a game changer for the RBNZ as it reviews the Official Cash Rate (OCR) on May 8.

While the unemployment rate is low, and only just above the decade-low of 4.0% it sat at in the September 2018 quarter, ASB economists expect to see increasing "labour market slack" and low wage inflation.

Similarly, Kiwibank economists say: "While the RBNZ can be happy it is still meeting its maximum sustainable mandate, the Bank can’t rest on its laurels. The labour market lags the general economy and our economy is slowing."

"The fall was due to a decline in participation with employment growth actually falling 0.2% in the quarter. Momentum in the labour market appears to have slowed," they say.

"This data is consistent with the softer growth outlook that implicitly lay behind the RBNZ’s dovish March OCR review...

"Firms are finding it difficult to find both skilled and unskilled labour. That said, the labour market lags the overall activity cycle, and the current degree of tightness reflects past strength in the economy.

"Looking forward, it looks like it will be increasingly difficult for the economy to grow above trend.

"Today’s data release adds to the case that capacity pressures are past their peak, which doesn’t bode well for the inflation outlook."

Economists are forecasting OCR cuts this year – the question is whether the outlook is grim enough for the first one to be next week.

They have exercised some caution using the labour market data, as a change in the way Statistics New Zealand collects it has caused some volatility in the figures.

Obviously we need more government help. Give Shane Jones another billion. Put interest rates down. Shut down more export industries in the regions. Spend more on Tourism advertising. Get more people. Tell people how lucky they are. Build more unaffordable housing. Give first home buyers free almond milk lattes for a week. That sort of thing.

I wish I understood the first line. Presumably you think wage growth should have been much greater and that its failure to do so,is down to poor economic management from the current government. I say that because of your second paragraph. Am I wrong?

I find it hard to understand why you are in any way surprised by low wage inflation. I am looking at an article I wrote well over 4 years ago on why inflation will stay lower for longer and I am not that bright. What so few seem to appreciate is that inflation started to fall a long time ago. Just look at a long-term inflation chart for say the US or the UK and this is immediately and glaringly obvious. When do you think inflation peaked in the UK? The answer is in the late 70s. For the US,it was only a few years later. Low inflation is structural,not a temporary cyclical phenomenon.
here is a quote from Kenneth Rogoff in 2003; "The most important and universal factor supporting world-wide disinflation has been the mutually reinforcing mix of deregulation and globalisation and the consequent significant reduction in monopoly pricing power". Just one more figure;according to the OECD,in the US,the average increase in real incomes between 1991 and 2012 was just 1%.

This chart is now 4 years old but shows how the baby boomers time bomb is about to to go off. 1955 birth year now 64 and the issue magnifies from here. More people entering retirement (keeps unemployment lower) as they retire and drop out of the employment stats so they won’t get counted as unemployed, but will be retiring in greater numbers than new entrants to the work force. That also drops the labour participation rate too - as we’re seeing in both sets of numbers that Jenee has kindly provided. Retirees, despite the generous provisions granted, tend to spend less than workers and families as they don’t know how long the money will need to last, they also increasing start to cost the state more as their numbers grow and they get older. Therefor the open doors to immigration will be kept wide open. It wouldn’t have been this way if they had had more kids (x-ers) themselves. The other news is that this challenge gets bigger over the next decade. Not a good time to have a housing market correction!

Decades of perverse incentives that ended up making things worse.

Too much of the wrong sort of education seems to be part of the pussle too. Is student debt and overcrowding and expensive housing why young people have put off having families? This is a US piece on the subject, where the problems are much worse:

The Myth of College is that it grants invaluable life experience, broadened horizons and deeper skills that no other 4-year experience for a young adult could match.

The Zeitgeist of College is that it is now (grudgingly) really about preparing workers for long and prosperous careers.

The Reality of College is that it sells a license to use a credential.

Agree Roger.
That and we need students taking on debt to study, it further increases the money supply, increases spending and get’s them supporting, nice and early, the debt based feudalism that we like to call GDP growth. You may enjoy this read by Andrew Dickson White. It refers to FIAT money in late 18th Century France and was written over 100 years ago. I think you’ll enjoy it..

Thanks Joe. Looks good so far. France seems to be repeating old bad habits and trying to control the Germans at the same time. The Euro could self destruct very rapidly from here. They have already destroyed their bond market, the only buyer is the ECB... They are a sort of zombie currency. It only takes a glitch to set of a contagion of capital flight there.

Problem with college was also the combination of readily available and non-discharge-able loans and the incentivising of universities to be run above all as a business. Add to that the US News rankings that neglected to take into account the cost of tuition (i.e. value). It's become too much a business model to exploit the younger generations for profit, nowhere demonstrated more aptly than in the textbook industry and its single-use codes to prevent the use of second hand books.

This exploitation of the younger generations is not helping economically either: https://hbr.org/2019/04/student-debt-is-stopping-u-s-millennials-from-be...

Really Joe. You just got to get over it. The only way the planet will survive is with a population that does not increase. Hopefully shrinks down to about a million. Workers hard to get. Lift incomes and what you pay. Few better paid workers is the way of the future.
As the boomers move out of the workforce, folk will be able to get jobs good jobs sooner. Partnerships and business ownership sooner. This delayed adulthood we have now is a relatively new thing and it's a great chance to sweep it away.

Boomers aren't moving out of the workforce though.

Many are continuing to work into their 70s, and even 80s.

Nice guys & gals. Some interesting trends emerging that's for sure. The second half of the baby boomers beginning to retire is a biggie. My mate retired last month.....aged 73. My other mate retired officially at 61, although he was working 20 hours weeks for the final 20 years, but he hasn't got any kids. As the boomers retire, it's a global issue. We are not that much different that most of the rest of the west. For us NZ Inc boomers, however, as we enter our own end games (retirement) our reality may be not that much different from our parents generation. In fact we're going to a 95th Birthday later this month for goodness sake.
However, the age/cycle beginning 1946 to.....?? is also in its end game. The big cycle, which is usually 3 or 4 generations or so, before the grand kids lose the lot, has now well & truly started. For those who read history you will have some idea how this sort of thing plays out, but each time is slightly, just ever so slightly different. I'm not 100 on how tomorrow plays out just like most of you. We're all guessing. Best guessing, granted, but guessing none-the-less. In our house we keep our heads down, keep the business running as best we can, keep out of the night clubs & pay our taxes on time. We even try to be nice to other people, but sometimes that can be a bit hard. We wish everyone all the very best as always.