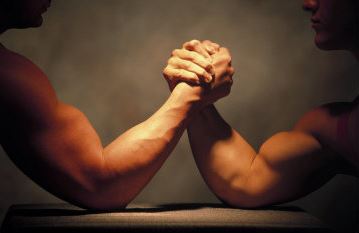 The Reserve Bank of New Zealand has cut its official cash rate by 25 basis points.

The policy goal of having lower interest rates is to support what is expected to be sagging economic activity and support full employment.

But for this to happen, the OCR cut needs to flow through to the real economy.

Wholesale interest rates dipped briefly on the RBNZ announcement, but this hasn't been sustained and they're back to where they were before the OCR cut.

Banks have started trimming the rates they pay savers, and investors in term deposits.

However, for the intended policy goal to be effective, banks need to reduce mortgage interest rates.

Here is our tracking of banks' floating mortgage rate charges, the main way the lower OCR will be reflected in our economy.

Floating rates are not so important for residential mortgage borrowers (most have a fixed rate contract), but they are important for rural lending and other SME loans.

If banks - especially the large banks - don't pass on most of the cut then the RBNZ policy effectiveness is undermined. There is no direct mechanism to require banks to respect RBNZ signals.

In fact, the major banks are in dispute with the RBNZ over the level of capital that they should hold. The central bank wants them to raise their capital resilience substantially. It is possible to speculate that these banks may collectively choose to pressure the RBNZ by not passing on most of the OCR cut until the regulator backs off its capital plans.

Im sure the Reserve Bank werent expecting the Big banks to pass on the cut fully their conduct from previous cuts would tell you that. Maybe Orr has given them a bit of a carrot to increase capital they hold against loans by giving them some wriggle room.

What if a smart, consumer-oriented bank appreciated the value of savers to their retained capital requirements and rewarded them first? Naaa.

Just have I have been saying in repeat posts. The trading banks are getting extra fat on central bank rate cuts

predictable really, the lower the OCR the less percentage of the cut the banks will pass on. Fixed rate cuts could be just a blip in the market as well but they were pretty quick to smash the term deposit rates.

Why is it predictable that the pass through will drop as the OCR will?

This is a story about banks. Big banks & central banks. Or (no Pun) in our case a central bank.
It is like watching two huge teams of people pulling a long thick rope. Each team has many people & the rope is being pulled in opposite directions - you guessed it, the old tug-o-rope game. Each side has someone shouting & encouraging all the pullers to pull harder, while the crowd around the edge is eagerly watching all shouting & cheering & jeering as the contest heats up. At first there doesn't look like much is happening, but sooner or later one side manages to pull harder than the other, until one side gives in & is dragged across the line. This is what I call The Game of Banks, & it's going to be very interesting to see who can pull the hardest.

Eventually a bank will launch a tracker type mortgage product. What you are seeing in the "floating" rate mortgage market reflects an oligopoly operating the market.

From what I can see of big four reaction to increased reserve requirements, they all seem to universally dislike the idea. You could also say they are actively and publically campaigning against it.

What gives them cause for such vitriol? Why are they spitting tacks? Why so livid?

Could it be that they genuinely stand to lose something?

It's pretty clear that if interest rates go up, then borrowers will be toast. So common sense dictates that borrower rates will stay where they are.

What's a bank to do to attract more capital? Raise savings interest rates.

This means their margins narrow, affecting their profitability. Can you imagine buying or holding bank stocks and not getting a dividend?

Yep that's right, the losers will be the shareholders. That's why the banks are so livid with the rbnz's proposal.

Hilarious. The RBNZ thinks the housing market is in trouble because people cannot afford to borrow enough to afford the sky high median prices, relative to median wages (for a couple of course.) The market in fact is in trouble for many reasons and the primary ones are not affected by interest rate cuts:

1. China is not sending anywhere near as much money into NZ housing market due to Party injunctions on this since 2017.
2. More importantly in 2019, there is a negative credit impulse compared to extremely positive one from 2013-16. This is due to the drying up of monetary printing in the world but also, in NZ, because buyers now have a deflationary mindset. Bankers and governments have spent 10 years trying to stop this mindset, which means spenders and borrowers feel that things will be cheaper down the track, so do not spend and borrow as much. This sets in trains he negative feedback loop. This will continue until prices are down 25% off the peak.

As a FIRE economy, NZ cannot afford its RE market to stall.
Around 5000 houses in Auckland will not sell this year, which did sell last year. That is a lot of connected spending that won't happen.
The impact of food price increases due to USA flooding is being ignored and will mean inflation will take off in late 2019 and early 2020. So, interest rates will not go lower and deflation will turn to inflation. Probably more than anyone currently expects.

I predict Kiwibank will be the first to drop its rates the rest will soon follow... watch this space...