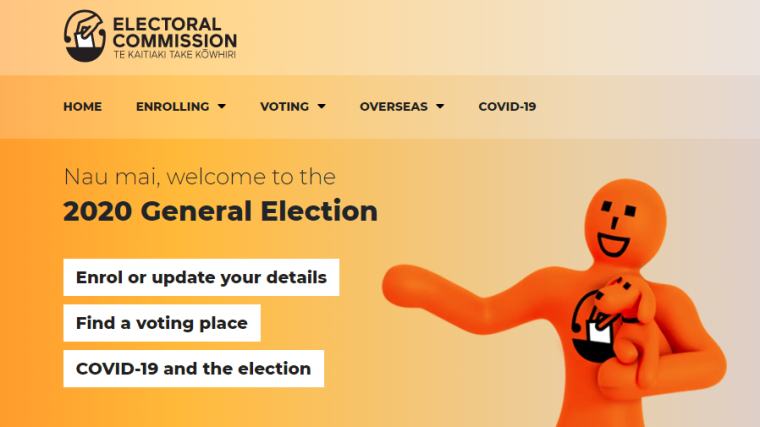 Early voting is now open which is great for the 80% or so of the population whose vote does not change from one election to the next. They can go out and vote at their convenience without having to wait for election day.

But for those who are yet even get on the roll, or who are still undecided, it is probably just as well there is still over a week to go for them to either make up their minds or be persuaded about their choice.

For the first time since I began voting, I find myself in the genuinely undecided category of voters.

It is not that I do not know what I want from our politicians – it is more that I do not see any of them or the parties they represent presenting that.

Yet my wants are quite straightforward – a party with a sense of liberal compassion that knows how to balance the government’s books.

The rest is over to us.

I am not interested in big spend-ups that will cripple the country for years to come, nor bold promises that have little chance of being achieved. But when I look at the parties on offer today it just seems to be one big promise after another. None of them come near my modest expectations.

Labour are too “all care, no responsibility” and “we know best” for my liking. I worry deeply about the way they have borrowed and spent so freely on the response to Covid-19 and am concerned about the long-term impact that will have on my children’s and grandchildren’s futures when the time comes to pay back the debt they are building up. I am not begrudging the government’s response to Covid-19 to date, although I think a lot of the spending programmes have been on very dubious causes, but it does bother me that Labour seems to have no alternative strategy, other than the modern version of borrow and hope. Moreover, beyond a popular Prime Minister and one or two competent senior Ministers the party as a whole looks like a largely talent-free zone, that inspires little confidence for the future.

But then National is no better. It has less heart than Labour, and increasingly inspires less confidence in its ability to manage the books properly either. National still seems to be at sixes and sevens after its long spell in government, as events this year have shown, and is struggling to get a clear message across to voters about what it stands for. At this stage, it is hard to see what it would do differently from Labour were it to end up in office.

ACT has been the surprise package of the election in so many ways. Although it has tried to soften its image in some areas, it still comes across as too strident and doctrinaire to inspire confidence that it could grasp the subtleties and make the compromises necessary in government to be truly effective and reliable in that role.

Then there is New Zealand First, still promoting an introspective xenophobia more reminiscent of the 1950s than the dynamic world of today. It is a subtle haven for some of the deeply held prejudices in our society about immigration and diversity, which is why time and most people have now largely passed it by. And so have I.

The Greens have infuriatingly and consistently paraded themselves as Parliament’s only “party of principle” but, as their u-turn to support party-hopping legislation which they always previously opposed strongly, and the Green school funding controversy have shown, those principles count for little when the pressure goes on. Nevertheless, their environmental credentials remain strong and it is a great pity that they just do not stick to their knitting in this regard. But by tying themselves irrevocably to Labour, and ruling out ever working with National, they have compromised their autonomy, which is sad for environmental policy all round.

To compound the problem, the parties outside Parliament are no better.

The Māori Party continues to have good ideas from time to time, but every now and then goes off the edge, making it difficult to attract and retain the support of mainstream Māori voters or attract wider support beyond that, which is a pity. Yet by virtue of its very existence the Māori Party continues to exert an influence on government, but not for now, it seems, through Parliament.

That leaves the New Conservatives, Advance New Zealand and TOP. The New Conservatives are really just the old bigots with a name change and Judith Collins was quite right when she summed up the prospect of working with Advance New Zealand as “insane”. TOP just gives off the feeling of a group of enthusiasts with a whole lot of nice theories that they would be keen to try out in government to see if they work, which is hardly a basis for putting people into Parliament.

All of which explains my current undecided state.

One thing is for sure though. Between now and election day I will come to a decision, so I can vote. It would be a bonus if any of the parties were to give me a positive reason before then to do so.

TOP just gives off the feeling of a group of enthusiasts with a whole lot of nice theories that they would be keen to try out in government to see if they work, which is hardly a basis for putting people into Parliament.

I'm going to interpret this as "in conclusion, vote for TOP"

Dunne was part of the brigade who got us in the shyte.

I think you can include him in the 5 to 10 year passport hard basket until common sense ruled, but probably not from him.

Exactly, otherwise who will bootlick on behalf of the CCP?

Yes he said exactly what i am thinking. This election is so hard. They are all rubbish.

I have already voted. I don't like any of them so it was a matter of which is the worst. Cross them off. Then repeat. Till I was left with one only. That's demokrasi out of the way for another three years

me too. Yes to euthanasia and no to cannabis. I didn't like any of the parties policies so left them all blank.

After watching the leader debate (online) I have decided to vote for the other person!

I think it is interesting how you critique minor parties in the same way as the major parties, for example you like some of what ACT says but you wouldn't want them to be the government.
Because of MMP, I would suggest most people who vote for a minor party wouldn't necessarily want them to be sole in charge. Instead it is a strategic vote, almost akin to direct democracy, where they like the party's main 1 or 2 top ideas, and they realise that if they get enough power, it just comes down to how much they can negotiate for.
Terrible system really.
In that way, it is hard to compare a major party vs a minor party, as your reasons for voting for either come down to what your voting strategy is.

Well like a few I'm between a rock and a hard place. Don't like any of them so I'll give this election a bye. Perhaps an election boycott might shake things up.

"Perhaps an election boycott might shake things up." No, you'll just get someone else's government, and it's incredibly disrespectful to all those who put their lives on the line for the freedom to have the right to do so. I've worked in a polling place and met people voting for the first time who had fled countries where that very act carried consequences, so never take it for granted.

That said, the sorry collection on our ballot papers kind of does that too, doesn't it.