Opinion: The Reserve Bank's taking some sound and pragmatic steps toward, perhaps, saving the banks from themselves on housing lending

Opinion: The Reserve Bank's taking some sound and pragmatic steps toward, perhaps, saving the banks from themselves on housing lending 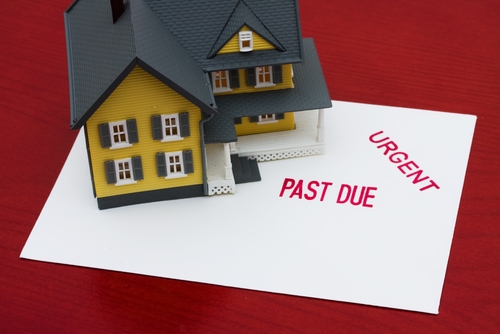 If it carries on like this the Reserve Bank is in serious danger of developing some real teeth.

While the big banks probably have no visible bite marks at this stage, they are unlikely to be thrilled by the contents of the latest RBNZ consultation paper: Review of bank capital adequacy requirements for housing loans and internal models processes.

The latest paper comes hard on the heels of the RBNZ's decision to introduce "speed limits" on high loan-to-value lending (LVRs) from October 1.

It is becoming clearer and clearer all the time the extent to which RBNZ Governor Graeme Wheeler has been left affected by his experiences of being in the US during the big housing bust of 2007-08.

The international warnings about the New Zealand house market being over-valued and the extent to which that is potentially a problem for our banks have been well and truly taken on board, oh yes. There will be no banking stability problems on this Governor's shift, oh no.

I was, and remain, sceptical about the imposition of the LVR limits in relation to the current rising housing market. I still think the LVR limits will encourage individuals to undertake risky financial behaviour, which could have very bad consequences for people on a personal level.

I also think that some of the measures suggested in the latest discussion paper may make those potential problems worse.

But, credit where it is due, a lot of the latest proposals look like good commonsense 'belts and braces' measures that will force the banks to be prudent.

Now, banks will always say they are prudent. But history suggests they can and do get carried away at times of asset bubbles.

The key points in the consultation paper are contained in this article by Gareth Vaughan, so I won't reiterate them in detail. What I will do is add some hopefully constructive views on the main issues, which I subjectively identify to be:

I like the information gathering that is implied by particularly the third point. It will indeed be most useful for the RBNZ to not only know how banks account for such lending, but how many loans are affected.

There may well be considerable work involved at bank level in giving this information, but it should be worth it.

Hindsight is a splendid thing, but you do wonder why such information has not been gathered before. Although, I suppose the RBNZ might argue that it is now gathering this information in order to apply a new policy - IE the LVR limits - and previously it might have been seen as a waste of taxpayers' money if the information was not seen as serving a specific purpose.

But for me, I think the more information we have on the inside of the NZ housing market the better.

A lot of the talk on the heated Auckland market focuses around the shortage of supply - but there is no really good information on just who is buying, why and how they finance their purchases. Better understanding of what makes the house market tick is vital.

In the same vein it will also be very useful for the RBNZ to be gathering information on how many people are property investors and how many properties people are owning.

To me it makes abundant sense that anybody owning as many as five houses is in fact a professional investor and therefore should have their loan or loans treated as commercial loans. That should have two significant impacts.

First, of course the different tagging of the loan makes a huge difference to the "risk weighting" applied to the loan as an asset and therefore implicitly on how much capital the banks need to hold. At the moment the "risk weighting" given to the big banks on mortgages is only about 33% and around 38% for other banks such as Kiwibank.

With commercial loans of course, 100% of the loan is included in banks' capital adequacy ratios. So, quite a difference.

The second point is, what will the re-tagging of the loans as commercial from residential mortgages do to the cost of funding for investors? Potentially, quite a lot, you would have thought.

Of course, it is to be presumed if this change goes ahead that we can expect to see the wives (in their own names) and children (in their own names) and cousins etc of people who own five or more houses suddenly taking ownership of properties. So, this is one area in which there may be those dreaded unintended consequences. Whether the RBNZ has some grand plan to avoid that, time will tell.

I give the RBNZ great credit for thinking of the fiendish policy around valuation of houses, though it is likely to be problematic to police.

Having houses regularly revalued when the market's going up is one ready way the banks could quickly move customers out of the high LVR bracket.

Move on a year and if the Auckland market went up another 10% (and it's been rising faster than that recently) then the house would be worth $550,000 and our couple would now magically have equity of $110,000 and their loan is but 80% - IE not high LVR.

“independent valuer means a person who is not associated with a person who has an interest in the residential property for which a valuation is made and who is: (i) a registered valuer as defined in the Valuers Act 1948; or (ii) another person approved to provide valuation services by rules made under the Rating Valuations Act 1998:”

The bold lettering is mine and highlights the nub of the issue.

The RBNZ wants to avoid banks coming up with spurious excuses to revisit mortgages and get them recategorised as non-high LVR loans during fast-rising property price periods.

I can see this causing some arguments. It sounds good. But in reality it would be difficult to avoid a bank coming up with a feasible excuse to revisit a mortgage if that bank thought the house value had gone up.

But an interesting flip side is that banks would need to be careful in what they say about their valuation policy, because if it was written in stone that a bank would have a house revalued every year - and the value had gone down - well, unhappiness all around. A non-LVR loan could magically become one.

What will they make of it?

What the banks make of all this will be interesting to see.

It can be expected there will be carping about amount of work involved and potential extra costs to consumers. And in reality they will probably be right - some of this stuff looks like it will make banking more expensive for the customer. But maybe we have to pay that price.

In general I do applaud the RBNZ's efforts to add greater stability to our financial sector and indirectly, perhaps, to gain some better measure of control over the potential boom-bust nature of our housing market.

He needs to exercise his authority more rigourously if he is to overcome local outbreaks of the banking behaviour deficits underpinning recent developments he must have noted in the US.

He needs to exercise his authority more rigourously

Agreed and think what a career coup this would be to be seen to tame the 'four pillars' from across the ditch. Going after the big sharks from the small pond.

Watch our politicos try and kneecap him again.

And here we have Cunliffe first out of the blocks on that score;

However, Labour Party leader David Cunliffe is already campaigning for the home buyer vote, saying he will ignore the Reserve Bank's policy if he is in power and exempt people trying to purchase their first home.

"At least in an interim basis while we're shaking down KiwiBuild and the capital gains tax yes that would be our approach," he said today.

So, let me get this right, he thinks they should have done what John Key wanted them to and has no regard for the independence of the RBNZ from political interference. Muldoon would be proud. A dictator in a cloth cap?

Yep....pretty much sums up the vote buying thats intended....so much for making hard decisions and choices....no spine at all....

The reference was chosen because it shows a complete lack of respect for the opinions of others. It suggests an intellectual arrogance,  bright people make bigger mistakes but less frequently.

David.   "I still think the LVR limits will encourage individuals to undertake risky financial behaviour, which could have very bad consequences for people on a personal level."

How so?  Surely the previous 100% loans encouraged very risky behaviour.  On a mass scale as well.

True enough. But the homeowner was borrowing 100% at bank interest rates. I guess the danger with the LVR limits is that people will beg, borrow and whatever sums of money - possibly at prohibitive interest rates - to make up a deposit. There will be little transparency - IE the bank won't know the true picture. And it could be disastrous for the borrower. So, the LVR limit removes risk from the banks but could potentially drive people to more dangerous behaviour than simply borrowing 100% from the bank. Now, you might say: "Silly people." And I would agree. But rationality seems to fly out of the window when some people want to buy a house. Regards

While true some "silly people" will try this sure, most will not.  If or when the borrower doing these games gets caught out, then the borrower will be in deep doo doo....I hope.

"So, the LVR limit removes risk from the banks" yes and thats the idea, if we have a tiny % of stupids then their gross failure wont effect the integrity of our economic/financial system...which is the whole idea.

Rather than getting exercised about the first home buyer, maybe the reserve bank should take firm aim at property investors/speculators.  The RB could require the banks to progresively raise the LVR limit on investment houses from the present 20% to 60 % over a period of 3 years.  At one stage banks required higher equity in non residential investment properties.

So stop referring to it as a bubble .

Its an Auckland and Chch  phenomenon, for divergently diffrent reasons

The increase in Auckland house prices is driven by real demand for housing by migrants, people from Chch and FHB's ,  an artificial shortage of sections due to limits on Auckland  , council fees for subdiviions that are a rort , collusion or monopoly pricing activities by builders merchants , and cheap money.

Not a bubble, A social revolution.