Mark Brown says although the RBNZ may get some short-term respite from a lower NZ dollar, longer-term it will be back facing the challenge of getting inflation higher

Mark Brown says although the RBNZ may get some short-term respite from a lower NZ dollar, longer-term it will be back facing the challenge of getting inflation higher
14th Oct 15, 8:07am
by Guest 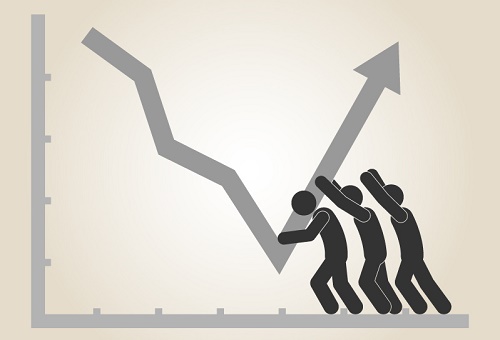 In recent years, inflation has remained stubbornly low despite unprecedented amounts of monetary stimulus provided by central banks across the globe.

This is even the case in the United States and New Zealand, whose economies have been growing and generating jobs at a pace that would historically have caused a pickup in inflation. Considerable debate has focused on the issue of whether inflation is being held back by long-term structural forces or if it is merely due to post-GFC cyclical factors that are gradually dissipating. The outlook for the New Zealand Dollar, interest rates and the broader economy will hang on our Reserve Bank’s assessment of these issues.

We think medium term inflation risks are to the downside, implying lower interest rates and a lower NZ Dollar if the Reserve Bank shifts from their current thinking.

This is well below the target of 2% used by each country’s central bank. The New Zealand inflation-indexed bonds used for this calculation are fairly illiquid, so probably understate inflation expectations a little, but even general surveys of inflation expectations have been steadily declining. The RBNZ Survey of Inflation Expectations sits below 2% for the first time in 15 years. Another factor to bear in mind is that current CPI captures the very sharp fall in oil prices seen over the last 12 months. As this drops out of rolling 12 month periods, inflation measures should rise. It is likely that current inflation sentiment has been overly affected by the oil price fall and similar price movements in many other commodities.

Forecasters cannot do much more than look at relationships that have held in the past and make judgments about how things may or may not be different now. The further into the future we look, the harder this exercise is. To compliment this approach we think there may be some useful information gained from looking at what is happening at specific components of the CPI basket at a granular level. A key conclusion is that after an initial bounce in inflation back to 2% during 2016, inflation pressures may fall back towards 1.5% in the following couple of years.

Since the GFC, New Zealand inflation has been stubbornly low, averaging below 1% since 2012.  The only bout of inflation above target since the GFC was the one-off increase in GST at the end of 2010.

In the September Monetary Policy Statement, the RBNZ’s top-down macroeconomic projections capture a number of reasons why CPI inflation should converge back to the mid-point of its 1-3% target range in coming years:

To compliment traditional analysis, we decided to look at each component of the CPI basket on a line-by-line basis and build a bottom-up picture.  The approach has been to focus on themes, policy implementation or specific events that are occurring, rather than build a detailed model. Events such as GST hikes, migration and building trends, or regulatory changes in the electricity sector may all have an impact on the CPI over the short-term.  Structural factors like technological change and demographics can influence the components of the CPI basket over the medium-to-long-term.

This analysis is summarised in Table 1, showing both recent inflation of CPI components, and our assessment in coming years.

This exercise highlights how divergent price trends are in different sectors. While technological changes are driving prices lower for many goods, the demand for housing is causing price rises for construction, rents and property maintenance. Over the last 3 years the housing sector contributed 0.74% of the total CPI of 0.85% on an annual basis, while sectors capturing technology, oil and imports detracted 0.67%.

Going forward we expect housing costs to be the primary driver of inflation, adding 0.8% over the next 3 years. More significantly the tech, oil and import components rise from a -0.67% to a +0.20% contribution. This is still very low inflation in this area, but it enables overall CPI to rise to our estimate of 1.7% on average over the next 3 years.

Our estimates have much of this rise in inflation front-loaded into the next 12 months, partly because of currency pass-through effects but also due to rises in rentals and construction costs in Auckland that we expect will be seen sooner rather than later. We have a CPI estimate of 2.2% over the next 12 months, but then dropping back to 1.4% for the following two years.

We have also assumed that certain long-term disinflationary dynamics of some goods and services continue. This incorporates aspects such as technological change, and an assumption that barriers to global trade continue to slowly diminish. The relevance of these should not be overlooked.

Our medium term outlook, still well below the midpoint of the Reserve Bank’s target range, has significant implications for monetary policy. The broad message is that while the Reserve Bank will get some respite in the near term from the New Zealand Dollar falling, they will then be back facing the challenge of getting inflation higher.

That is intentional. Disguises the real inflation rate.

LOL.....yeah of course it does, so whats the real inflation rate then?

With nosebleed inflation in housing costs, a hell of a lot more than CPI.

He is right about economic forecasting. Non linear systems are too unpredictable to have much accuracy beyond a certain point, much like the weather.

Longer term is actually easier to predict when you consider fundamentals. Short term changes are often noise and ppl seeing what they want to see, or not.

What's the OCR rate going to be in five years then give or take? 1% 5% 10%? You have as much chance of being right as rolling some dice :)