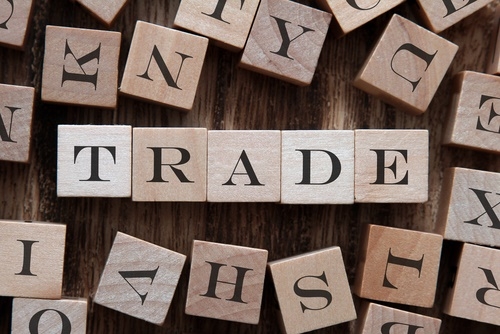 The Trans-Pacific Partnership Agreement (TPPA) has made all kinds of waves in the media recently, but the least expected has to be the news that Auckland Council spent two and half hours debating the free trade agreement.

The result of the meeting was that the council’s Regional Strategy and Policy Committee kicked for touch by requesting that the final text of the agreement be released before a firmer position was taken on the trade deal.

For such a banal statement this sure attracted a significant amount of attention. The New Zealand Herald seized on the fact that the meeting cost ratepayers $50,000 (presumably most of this a sunk cost). Kiwiblog’s David Farrar called on councils to stick to their core business, presumably suggesting that the TPPA was beyond their remit.

With all due respect to both sources, I disagree. District and regional councils should be taking great care to sift through the text when it is released because it has significant implications for them, specifically the Investor-State Dispute Settlement (ISDS) clauses.

It is a term that has been so bandied about that almost everyone is familiar with it. Anti-trade activists have worked hard to demonise this instrument of public international law. Jane Kelsy, professor of law at the University of Auckland, has repeatedly made the case that it takes away a government’s ability to legislate on national matters. A similar case has been made by academic and US senator Elizabeth Warren.

The most common example that is often put forward by activists to support their claim is one where French waste management firm Veolia made use of this mechanism to sue the Egyptian government for raising the minimum wage. Technically this is true, and it is easy to see why those who fear the encroachment of foreign firms on national sovereignty are alarmed.

What is often glossed over is the detail, which is where the story changes. According to the Washington Post, Veolia was working on a World Bank sponsored initiative to reduce greenhouse gas emissions in Alexandria. The two parties had signed a contract that stipulated the firm would be compensated if the costs of the project increased. That clause was triggered when the minimum wage rose, and in the end the ISDS tribunal awarded the firm a cash settlement.

Importantly, the ISDS process did not stop Egypt from passing the law in any way – the minimum wage was still increased. What it did was enforce a contract.

A similar case was seen in Indonesia, where the government passed a series of laws which banned the export of unrefined minerals. This forced all mining companies in the country to invest in refining plants onshore at considerable cost, which prompted firms like US gold miner Newmont to take the case to the ISDS. The parties settled before it went to the tribunal, but Indonesia was in no way prevented from passing these laws. (Incidentally, the changes proved disastrous for the country’s mining sector, but that is beside the point).

These cases illustrate why the ISDS exists in the first place, namely to encourage foreign investment by extending legal protections to investors. These include giving foreign firms the same treatment as domestic firms, unless otherwise agreed. Under the ISDS, countries are also required to follow a defined legal process, and are prevented from introducing arbitrary measures into the legal process. Lastly, countries cannot directly or indirectly make an investment valueless without compensation, say through nationalisation. How, one wonders, could a law professor object to that?

This underscores why municipalities need to debate trade deals and examine the text closely. Councils across the country outsource large sections of their public service provision to third parties, many of whom are foreign-owned. Auckland Transport’s Hop card is run by French multinational Thales, and Brisbane-based Transpacific performs waste management services in numerous New Zealand cities. When councils enter into contracts with these third party providers, mechanisms like the ISDS strengthen the rule of law and could thereby lower the cost of capital to councils.

That New Zealand has a strong legal system, sound institutions and the rule of law means that local government bodies already enter into these agreements on a good faith basis. There is no reason to expect a sudden about face any time soon. That said, councils should still assess the potential impact of the TPPA on their operations. To ignore it would be negligent, especially where ratepayers will be on the hook for any potential liabilities, even if it does ruffle the feathers of the naysayers.

*Jason Krupp is a Research Fellow at The New Zealand Initiative, which provides a weekly column for interest.co.nz.

Some deeply flawed thinking here. We are being forced to protect the profitability of foreign companies operating here but not our local firms that compete against them.
We already have a seriously tilted playing field with these multinationals monopolistic practices and propensity to avoid taxes. Now we are expected to favour them with soft legislation even where there are serious environmental and safety issues. This is crazy stuff and most surprising for a right wing think tank to support.
Surely you know that a vibrant economy must have low barriers to entry and the absolute minimum obstacles to competition or restrictions for new start ups.
Are you just shills for big business?

Agreed, the TPPA could have a significant impact on local bodies. It will apparently stop the Government stopping FHBs (despite us being blocked in their (some of) countries) but a local council may have many foreign owners of residential property, defaulting on rates, land banking and not renting thus putting pressure on the remaining properties. To argue that the TPPA will not prevent Governments from changing the law is also a contentious statement. While it may not actually stop the change, it may well cause a significant addition to the cost of that change that would otherwise not be there and thus disincentivise the change.

The World Bank Group has set two goals for the world to achieve by 2030: End extreme poverty by decreasing the percentage of people living on less than $1.25 a day to no more than 3%, and
Promote shared prosperity by fostering the income growth of the bottom 40% for every country.

Suing Egypt for raising their minimum wage is most certainly counterproductive to each of those goals.

But then maybe what they do best is 'help' third world countries take on more debt in order to pay these first world contractors.