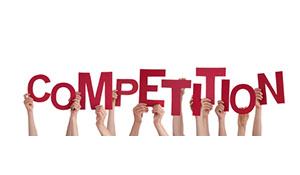 The Australian Government has signalled greater focus on competition in Australia's financial system and our government ought to follow suit.

The Australian move stems from a recommendation in the Government's Financial System Inquiry (FSI), which the Government responded to this week. Australia's Productivity Commission is being tasked with reviewing the state of competition in the financial system by the end of 2017 with subsequent periodic reviews to be "undertaken as appropriate."

This comes after the FSI, chaired by ex-Commonwealth Bank of Australia CEO David Murray, said in its final report high concentration and steadily increasing vertical integration has the potential to limit the benefits of competition in the future.

Well documented is the fact the same four banks dominate the financial system on both sides of the Tasman Sea being Commonwealth Bank of Australia (CBA) and its subsidiary ASB, ANZ, National Australia Bank and its subsidiary BNZ, and Westpac. Analysis by credit rating agency Moody's in March showed ANZ, ASB, BNZ and Westpac, combined, accounting for 84% of total New Zealand system loans and 91% of total deposits.

Oddly enough NZ's much maligned Treasury has provided two pieces of evidence suggesting a competition probe could be useful here too.

In a major recent report Treasury recommended the Government closely monitor whether the benefits to KiwiSaver providers from economies of scale, with assets under management forecast to more than double to $70 billion within five years, are passed on to consumers.

Treasury noted the big four banks plus Kiwibank have been able to use their Qualifying Financial Entity status, meaning bank employees can provide advice even if they're not authorised financial advisers, and retail networks to hoover up KiwiSaver business. To highlight these advantages, Treasury gave the examples of BNZ and Generate KiwiSaver, which launched KiwiSaver schemes almost simultaneously in 2013. By June 2014 BNZ had $300 million under management and Generate just $12 million. (As of September 30 this year BNZ had reached $661 million and Generate $98.7 million).

Of the biggest six KiwiSaver providers by assets under management, AMP is the only one that's not a bank or doesn't have a bank as its biggest shareholder.

Treasury said comparisons of fees as a percentage of net interest margins provided similar results, and while banks compete "relatively fiercely" on headline interest rates, it was possible they used "the lower level of scrutiny surrounding fees to extract uncompetitive profits."

Commerce and Consumer Affairs Minister Paul Goldsmith appears more than happy to take a hands off approach, telling us; "Ultimately it’s for the banks themselves to explain the interest rates they charge." I would argue, however, that in these days of low global interest rates credit card rates north of 20% are outrageously high.

We know that compared to banks operating in comparable economies NZ's are among the most profitable. For four straight years interest.co.nz has been adding NZ's big four banks to a pre-tax profitability survey done by the Bank for International Settlements. And for the fourth consecutive year in 2015 the NZ banks came out on top.

This year ANZ, ASB, BNZ and Westpac, combined, recorded pre-tax profits as a percentage of total assets of 1.77%. Of major banks from 11 other OECD countries the next best was their Australian parents who delivered a return of 1.28%.

Back across the Ditch the FSI made three more points on competition that resonate over here. They are, "There is no current requirement for regulators to explain how they balance competition considerations with other regulatory objectives in reaching decisions." And, "There is currently no process for regularly assessing the state of competition in the financial system, as there is for assessing stability in the form of the Financial Stability Review." And, "No regulator has direct responsibility for removing barriers to consumers switching products."

Competition is out there

All the above said, there clearly is competition in the NZ banking sector. It just seems to leave a very small dent in the big four's marketshare.

Aside from ANZ, ASB, BNZ and Westpac, consumers have the option of taking their business to the likes of Kiwibank, TSB, the Co-operative Bank, SBS, Heartland Bank, HSBC, Rabobank and other banks now including three of China's big four, plus building societies, credit unions and finance company survivors. Then there's the new threat to banks from the fledgling peer-to-peer lending sector albeit with banks likely to play a not insignificant role as lenders and perhaps shareholders, and the much hyped push into financial services from technology behemoths such as Apple, Google and Facebook.

To date the biggest success story of carving out a niche against competition from the big four must be Kiwibank in the residential mortgage market, where after 13 years with varying levels of taxpayer support, it has 7% marketshare.

Perhaps on top of reviewing the state of competition in NZ's financial system, our Productivity Commission could also look at why the big four appear to be so good at holding their ground. Is it simply because they have deeper pockets and more resources? Or is it their efficiency, which has been highlighted by the Reserve Bank? Or is it still too difficult for people to switch banks, or are many customers just too apathetic to bother switching? Or could it be that the big four do a great job for their customers?

I for one would be interested in hearing more.

when you consider that ANZ has the largest market share and regularly the worst customer satisfaction rating I dont think it can simply be a case of the "big four do a great job for their customers?"