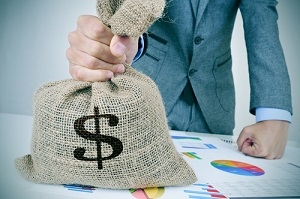 A Treasury report on competition in New Zealand banking, used by Minister of Commerce and Consumer Affairs Paul Goldsmith, concludes there's no severe lack of competition in the sector but that some bank fees are concerning.

Ultimately, he said it was up to the banks themselves to explain the interest rates they charge.

A covering letter with the report from Jennie Kerr, team leader of Treasury's financial markets unit, points out the report is over two years old, (having been published in September 2013), and draws on data from 2013 or earlier. The report itself notes that it's "not a full-blown investigation into banking competition".

“Our overall judgement is that competition in the New Zealand banking sector is not severely lacking," the Treasury report says.

“The sector appears to be delivering outcomes that are generally consistent with those we would expect in a workably competitive market. This includes profit levels that are not obviously excessive.”

However, the report describes some bank fees as "concerning."

It notes fees appear to account for a relatively high portion of bank profits in New Zealand.

The report goes on to say, "While banks compete relatively fiercely on headline interest rates, it is possible that they use the lower level of scrutiny surrounding fees to extract uncompetitive profits."

Treasury notes the representative action by the Fair Play on Fees group, which argues customers of New Zealand's big banks are paying excessively high fees for unexpected overdrafts, exceeding credit card limits and late payments. The case is stayed pending the outcome of an appeal in a related Australian case.

The report says, “Overall, some fees charged by banks may be consistent with a lack of competition. But this conduct does not go unopposed by regulators and customers”.

Treasury highlights the way the Commerce Commission intervened when it found credit card late payment fees were unreasonable in 2009.

However, when interest.co.nz asked the Commerce Commission last month whether it would act on banks setting high interest rates (as the Reserve Bank of Australia has) it said, “There are no restrictions on interest rates so constraint is provided by the competitive market.

"It’s not an issue we would investigate unless evidence emerged of collusion between banks to set rates at a certain level.”

Credit card interest rates haven't fallen as might have been expected against a backdrop of an Official Cash Rate that's now below 3%, down from a peak of 8.25% in 2008.

Some credit card rates are still above 20%. The average cost of funds for New Zealand banks during the June quarter was 3.93%.

The tables in this story show slightly higher interest rates are slapped on New Zealand credit cards than Australian ones.

The report says banks make “healthy profits” that aren't excessive. While they are higher than the OECD and NZX50 averages, they are similar to that in Australia, the US, and Canada, and lower than some of New Zealand’s most profitable industries.

Treasury also says profits are significantly lower than they were prior to the global financial crisis, and the larger banks don't have discernibly higher profits than the smaller ones.

The report recognises market concentration in New Zealand is high by international standards, with the big-four banks holding a combined 88.5% share of net loans.

However it maintains this doesn’t appear to translate into market power, as the four banks compete particularly fiercely in retail banking and the mortgage markets. It notes the likes of Kiwibank and TSB compete “aggressively” to gain scale in these markets.

Treasury notes the regulatory barriers to entry are low by international standards, with the Cooperative Bank and Heartland Bank being registered as banks shortly before the report was written.

Yet it says, “Evidence suggests that the New Zealand banking market is characterised by monopolistic competition where firms have some degree of choice over prices. While this differs from perfect competition, it is the case for most workably competitive New Zealand industries.”

As for bank switching, Treasury says this is relatively high. With 10% of New Zealanders switching banks in 2012, it considers this to be an indicator of good competitiveness.

No plans for Treasury to provide Govt. with updated report

Treasury ends its report saying, "We intend to maintain a watching brief on competition in the bank sector – particularly given the improving macroeconomic conditions and growth in the housing market."

Treasury confirmed to interest.co.nz it’s keeping an eye on competition in the banking sector, but isn’t working on a follow-up report, “as resources are currently being prioritised elsewhere”.

“In part, this is because the more structural features of the market that determine competition, such as market concentration, barriers to entry, ease of switching, bank conduct, have not fundamentally changed since the 2013 report," Treasury says.

“That being said, the Treasury will continue to monitor indicators of competition in the sector, and may look to revisit its previous advice on this matter in the future if warranted.”

*This article was first published in our email for paying subscribers on Wednesday morning. See here for more details and how to subscribe.

Ultimately, he said it was up to the banks themselves to explain the interest rates they charge.

Why doesn't he extend the authority the RBNZ exercises to control unsecured bank depositor returns? Which in practice enjoy the same status as credit card loans without the risk protection of extortionately high interest rates charged by the banks.

they're having a laugh. ANZ made $1.8bn in profit. Just them alone... and they aren't making excessive profits? Fees aren't exorbitant? Yet they regulators continue to focus on sectors like Telecommunications (which banks and all other industries also need), beyond bizzare