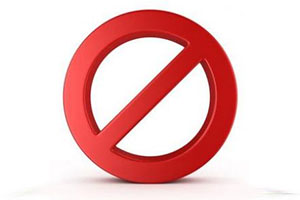 When a government issues an options paper featuring six potential ways to tackle a problem, and numerous combinations of the six, what message does this send?

This is a question I've been asking myself since the Ministry of Business, Innovation and Employment (MBIE) outlined potential ways of tackling misuse of New Zealand's Financial Service Providers Register (FSPR) last week.

One thought that comes to mind is that the Government wants to do something but isn't quite sure what to do. Hence the wide range of options thrown out for public consultation. That said, it's encouraging to see this issue finally prioritised.

I've written ad nauseam about the antics of NZ registered but offshore operating companies over the past four years. I've done so due to concern over damage to New Zealand's reputation, frustration that nothing was being done to shut the problem down, and anger at blatantly crooked behaviour.` The Reserve Bank first warned about them as long ago as 2009 under the heading, "Caution: New Zealand offshore finance companies." Another Reserve Bank warning came in 2011.

With companies and individuals able to take advantage of NZ's simple company registration system, register on our FSPR and then operate overseas unregulated, the concern is there could be something like a really, really big Ponzi scheme being run off the back of NZ's good reputation and we won't know about it until the proverbial hits the fan.

Think that sounds far fetched? Check out the case of Euro Forex here and here and keep in mind several thousand apparent victims hail from China, NZ's key export market. Another thing to consider is the truly global nature of the offshore companies using NZ's FSPR. Many are operating through websites in languages few, if any, NZ bureaucrats speak or read. So just what they're doing and where is a mystery, although they are doing so as NZ registered companies, and in some cases claiming to be licensed or regulated here when they're not.

In terms of MBIE's options there are several bits I like. For example, I like Option 4 which suggests requiring trust and company service providers be subject to anti-money laundering legislation as financial service providers registered on the FSPR. As MBIE points out, many of the these entities and individuals act as directors and nominee shareholders enabling anonymous registration for offshore interests. It's time to make them responsible for their actions.

I also like it that MBIE will work with the Ministry of Justice to look at how the option ultimately settled on would work alongside the Anti-Money Laundering and Countering the Financing of Terrorism Act (AML/CFT Act). As Minter Ellison Rudd Watts partner Lloyd Kavanagh has pointed out, one of the key points of establishing the FSPR in 2008 was to help NZ meet international AML/CFT obligations. Thus the fact companies can register on it and operate overseas without being overseen for AML/CFT compliance, leaves a massive arbitrage opportunity.

Other options flagged by MBIE are worthy of consideration too. These include introducing regulations to make FSPR applicants confirm and provide proof they're licensed or supervised in any offshore jurisdiction they're proposing to operate in, plus amending the territorial scope of the legislation to require a legitimate connection to NZ.

The key point though is to keep the rules, whatever is settled upon, simple. Because the sophisticated and well advised individuals who have been busy exploiting loopholes in this area of NZ law will find more loopholes to exploit the more complex the law is.

Anyone operating in the NZ financial service provider sector, or taking an interest in it and NZ's reputation overseas, should be concerned about the current situation and the potential damage to their and their country's reputation from it. They ought to read MBIE's options and make a submission by the January 29 deadline. I will be.

*This story was first published in our email for paying subscribers early on Tuesday morning. See here for more details and how to subscribe.