Cameron Preston weighs up how the government, insurance companies and homeowners have fared in the Canterbury rebuild boxing ring

Cameron Preston weighs up how the government, insurance companies and homeowners have fared in the Canterbury rebuild boxing ring
12th Sep 16, 5:02am by Guest 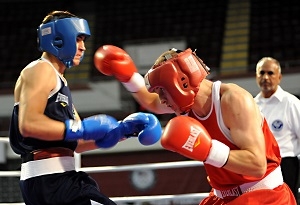 Before the bell rings for the start of the seventh round in the Canterbury Insurance Boxing Match, let’s check in on the condition of the contenders:

In one corner wearing the red trunks embossed with ‘EQC’ (and with AMI stitched in underneath) we have the Crown.

At the start of round one in 2010 EQC’s CEO came out swinging by taking out full page advertisements in local Canterbury newspapers, telling Cantabrian’s that EQC would “restore their properties to pre-earthquake condition”.

However in round six, and on the steps of the High Court, the Crown realised the standard of reinstatement required was in fact not ‘pre-earthquake’ but ‘when new’.

So that explosive start to the match which saw the Crown repair or cash settle 170,000 homes at the wrong standard was amateur and will be costly in later rounds. An embarrassed Crown can only steadfastly deny, but denying has been a Crown strength in all six rounds to date, so while they have staggered, they have stayed off the mat.

But with their hands lowered homeowners seized the opportunity with some good combinations, 5,720 have forced EQC to come back and reassess their home repairs to the right standard, with a further 2,200 announced just before the bell on the last round.

With a total of 170,000 homes assessed to the wrong standard since round one, and private insurers making it clear they will not accept transfers of homes from EQC that they have already botched the repairs on, the next few rounds will be mentally very tough for the Crown.

Compounding this has been the effect of the ‘run-off’ insurer Southern Response (the old AMI) which attached itself to the Crown in round two when it asked for $100 million in help. In every subsequent round they have asked for more, up to $1.25 billion and climbing. It appears the only thing to have ‘run-off’ since AMI attached itself to the Crown were its former directors.

The big players have all confirmed they are now out of their original reinsurance cover.

However they have been taking advantage of the higher premiums they have been charging Kiwis and have brought an expensive product called “Adverse Development Cover” (ADC) to cushion the blows and stay in the fight.

But seasoned spectators like AM Best raised questions recently about some of the contenders’ ability to go the distance. IAG tapped Warren Buffett, while Suncorp has grabbed more ADC as well, while Medial Assurance Society tapped into its other insurance lines for more capital.

So as the reinsurance runs dry, private insurers have tactically moved from offense to defence, by developing ‘notional repair’ strategies like winching a four storey house back up a hill, or gluing foundation slabs to buy themselves more rounds to recapitalise and come out swinging again.

Comparing the points board with the last round, shows progress in slowing in the mid stages of the bout.

In the third corner, in the multi-coloured trunks and looking worse for wear, is the homeowner.

Foolishly thinking the Crown was referee in the early rounds, only last month it was revealed that they were ‘tag-teaming’ with the private insurance industry. Emails showed an ‘insurance settlement guide’ for homeowners had been binned by the Crown after the private insurers and their coach the Insurance Council pointed out to the Crown were in the fight against homeowners as well, and shouldn’t adjudicate.

There are also handicaps affecting the homeowners, but it is those weakness that have been zeroed in on, even though it is technically hitting below the belt – but with no ref in the ring nothing appears to be off limits.

However homeowners have proved to have a harder core than first thought, and have learnt quickly on their feet how to take the blows.

So while spectators might call boxing the ‘noble art’, others might call this particular mismatch of lightweight homeowners against two heavyweight opponents with no referee a little inhuman.

However what is without doubt is that the homeowner is destined to win this match. The only real question is how much damage the Crown and the Private Insurers will continue to inflict on themselves and the sport before the final bell. However that has always been the nature of boxing.

*Cameron Preston is a Christchurch chartered accountant and homeowner who has longstanding unresolved quake insurance claims.

Someone should take a class action against Southern Response.... Oh wait... You've already tried that Cam

Great commentary Cam.
I think many of us didn't expect it all to be as adversarial as it has been, and still is.
The boxing analogies are spot on, particularly the role of government.
And of course the "boxing gloves" approach is part of the McKinsey style of claims management.
https://www.goodreads.com/book/show/4394541-from-good-hands-to-boxing-g…