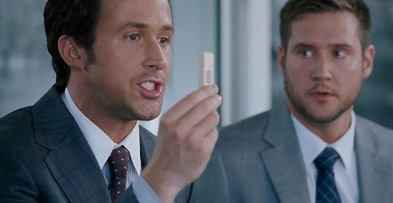 Everyone gets something different out of watching ‘The Big Short’. Some people find themselves infuriated by the sheepish arrogance of those whose actions contributed to the GFC. Some get frustrated by how long it took for any action to be taken. And others are just there to swoon over Ryan Gosling.

I was each of these in equal measure. To this day, I still do not fully understand the ins and outs of synthetic CDOs or credit default swaps – clearly, I wasn’t attentive enough to Margot Robbie or Selena Gomez’s monologues in the film. But one question that occurred to me while watching ‘The Big Short’ has stuck with me: where were the regulators? And more to the point, what makes a regulator effective?

In the same way that everyone has a different opinion on The Big Short, many have disagreed on the causes of the GFC. While some placed blame at the feet of wilful ignorance, others said regulators simply lacked the power to act. Though these differences of opinion persisted, everyone agreed that something needed to be done.

That something, in most instances, was the consolidation of financial regulatory institutions and functions into one macroprudential regulator. These independent systemic regulatory authorities are now responsible for overseeing the stability of the financial system in many countries.

New Zealand is one such country. The Financial Markets Authority (FMA) was established in 2011, consolidating in one regulator several functions that had been dispersed across the Ministry of Economic Development, the Securities Commission, and NZX. Several years on we know that while the lack of system-wide monitoring and oversight contributed to the GFC, it wasn’t the whole story. The failure of regulators to adapt to financial innovations due to governance inefficiencies also played a part.

This inability (or unwillingness) to observe and adapt was never going to be solved by consolidation. And while the FMA has not fared too badly over the years, Deloitte’s most recent Effectiveness & Efficiency Review of the Authority found there is still appetite for increased engagement with the market and market participants.

Regulators will be most effective when they have the confidence of market participants. And therein we have one possible answer to our question. Rather than doing the bare minimum in monitoring and enforcement, an effective commercial regulator should substantively engage with those it regulates.

One of the more unique problems that New Zealand faces as a small country is the disparity between the sheer number and complexity of regulatory tasks, and the capacity of our existing regulators to deal with them. Regulators have extensive powers, which they do not hesitate to use. And while some regulators are equipped with well-respected expertise and decision-making capability, others are not. Relevant and recent commercial experience among our regulators will not only help guard against failure, but improve confidence in decision-making.

Clearly, governance matters.  The way a regulatory institution is structured can make or break any given regulation. Yet much less thought goes into how our regulatory agencies are and should be designed and governed than goes into the regulation they administer. People would balk at a public company without a board. There is good reason for that, and perhaps those responsible for the regulatory design would do well to look to the private sector for guidance on governance.

Asking the question “what makes a good regulator?” is the starting point of The New Zealand Initiative’s governance project. In the coming months, the Initiative will be examining the governance arrangements of our most important commercial regulators with a view to making recommendations about how we can ensure confidence in the guardians of 21st century commerce.

It is crucial that our commercial regulators are in tip-top condition to confront mounting challenges, including those posed by non-bank lenders and fintech companies. If they are not, the past could very well repeat itself. And as much as I’d like a sequel to the Big Short, I hope there is never a reason to make one.

Well Ralph there is enough simplicity & truth in that to write a thesis. Believe if we had good, even just a bit better than adequate, regulations & regulators to enact them, in all areas of government, not just financial operators, there would be then, such an increase in government efficiencies and reduced wastage of public funds, that we would be lowest taxed populace on this planet.

The fish rots from the head, as it were.

Which is equally concerning in other areas, e.g. when your elected leader seemingly has little compunction about being complicit in an underling's crime in order to protect power.

Well, leaving aside the chip on your shoulder Rick, I am not sure this piece of wisdom is really applicable within the context of the "leader" you speak of not being any direct part of the regulatory team we are speaking of.

I was noting it's a concern in another contemporary and relevant example that affects all of us. How is that a chip on shoulder issue? Are you suggesting it's not an issue when the prime minister is apparently complicit in a crime and lies to the public about it?

Did you object to Turei's behaviour, for example? And if so, I assume it was due to a chip on your shoulder?

To object is one thing, but to continually post the same concern in sixteen different sets of clothing is to be what we might say, 'a dog with a bone'.

Your point was heard the first time is all I am saying.

Interesting. Usually we see sixteen different shades of excusing the action here in the article comments, and I've rarely raised it without such context or reason.

Fair enough, though - might be an unwelcome concern being raised.

I once heard JFK was shot in the head because he tried to take the right of printing money from private banks to the government.

That'll be right considering his fathers involvement with the mob

An earlier column today refers to one Stanley Fischer and his fears that Trump is to embark on dismantling the financial safeguards that were established to prevent, or at least limit, the recurrence of the 2008 GFC. So as it was 21 years between 1987 & 2008, it looks like Trump is on speed to bring the next one in, well before schedule.

Im curious as to what they think these established "financial safeguards" actually do .... given indebtedness across the board has continued to blow out since 08?
Trump is a easy scapegoat, but our reality is a Ponzi needs MORE debt ... Its like blaming the US hitting their debt ceiling shortly on Trump ...

Think the intention amongst other things was to curtail the loan or finance bundles, Fanny Mae, Freddie Mac etc etc being passed and booted from one player to the other. Not quite sure of my facts here but is this not why/how Merrill Lynch was forced onto Bank of America. And another target one supposes was executive corruption, big big bonuses etc at shareholding expense. Who can only guess as to how effective they are. Trump says they are inhibiting opportunity & growth & need to go but given his, shall we say lack of credibility, it might mean that they are in fact effective and he is being lobbied by groups out so self interest for a return to the turkey shot days. But yes, having said all that, agree none of it has done anything to stop the juggernaut of the debt mountain.

But the following type of activity needs to be stamped out to guarantee the veracity of price discovery mechanisms.

The Securities and Exchange Commission announced that KPMG has accepted a $6.2 million penalty for approving statements by Miller Energy Resources in 2011 that grossly overstated values for the company’s key oil and gas assets. Read more

Somebody out there is wasting good money expecting NZI will come up with anything usable.
After GFC 10 years ago we still wait for any worthwhile progress on curtailing the crooks.