Bill McKay says local & central govt needs to tackle the housing crisis through legislation, tax & planning rules to stop our cities being Monopoly boards where land and housing are speculative

Bill McKay says local & central govt needs to tackle the housing crisis through legislation, tax & planning rules to stop our cities being Monopoly boards where land and housing are speculative
26th Aug 17, 8:38am by Guest 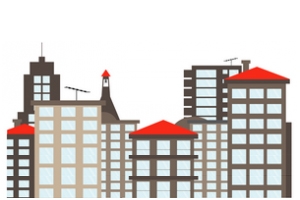 The following article is the fifth chapter from Progressive thinking, ten perspectives on housing, a Public Service Association (PSA) publication. Interest.co.nz is publishing all 10 chapters from different authors on various aspects of housing.

New Zealand’s housing shortage has a long history. Perhaps that is why we remember two periods fondly: the time when the First Labour Government built 30,000 state houses (between 1935-1949), and the quarter acre paradise of the late 1950s-1960s, when, due to a good economy, it seemed almost any family could build a new house in the country’s expanding suburbs.

The post-war years were the heyday of the suburbs; those sunny, green expanses where schools, parks and new shopping centres were located, and where we built American influenced ranch-style family homes with open plans, patios, pergolas and driveways full of cars.

This heyday was short-lived. Urban drift and increased migration means that today we have a much more diverse population. Our city centres have changed, as has the way we want to live our lives.

So where are we now and how did we get here?

The housing crisis we are confronted with today is three-pronged. It’s a crisis of affordability, quality and availability – and it’s not limited to Auckland.

This year’s Demographia International Housing Affordability Survey1, which benchmarks housing affordability in nine countries found New Zealand’s major housing markets to be “severely unaffordable”. Six of the eight New Zealand markets rated – even regional centres such as Napier and Hastings – were in this category. This reflects a low wage economy where the cost of land, building, housing, rates and utilities are high. This is one of the fundamental economic problems underlying housing affordability.

Not only is housing unaffordable, it is of a low standard. People are paying through the nose for damp homes without insulation or heating. Our homes are expensive to run at best, and real health hazards at worst. Many of our houses are dated and inefficient, built in the post-war period from high maintenance but low quality synthetic materials such as pine products, fibre cement cladding and tin roofs. The need for a diversity of quality dwelling types is not addressed by policies of major political parties; rather they trumpet the number of houses they will build.

Lastly the availability of housing is a huge stumbling block. Houses need to be near places where adults work, children go to school and shops and community facilities are available. Today, many New Zealanders are priced out of suburbs close to their workplaces. Living on one side of town and working on the other isn’t just an inconvenience; it increases the cost of living, clogs roads and leads to governments building motorways rather than focusing on putting houses where people can live close to where they work and play.

We must acknowledge changing demographics

Before we can plan our way out of crisis, we need to acknowledge the impact of changing demographics. New Zealand is not the nation of the nuclear family. The shape and size of our households is changing, which impacts the suitability of homes. What’s more, future population projections are not being taken into account in policy-making or planning.

Statistics New Zealand Family and Household Projections tell us the average family size is 2.6 but the most common household type is a couple.

We need affordable terrace houses and apartment buildings for singles and young couples so they can live close to work and entertainment, while still having the opportunity to save for a home of their own. At the other end of the demographic spectrum, if New Zealand is to free up its suburban three-bedroom houses for young families, we need more options for empty-nesters and baby boomers looking to downsize. This will allow young families to live in those suburbs with community facilities, schools and sports fields.

We are no longer a homogenous nation. Through recognition of Māori values over the last few decades and increasing migration, we are becoming more conscious of diverse cultural values. Our housing options need to cater for these if we want to build a strong multi-cultural society.

One thing fundamental to all housing is land. Unfortunately it’s the view of our two largest political parties, shared by many in business, that large cities should get rid of their metropolitan boundaries and develop new suburbs on current farmland, because it’s cheap.

This ‘greenfield’ development is an unsustainable practice that eats up arable land or valuable ecologies, and requires more infrastructure; not just sewers and roads, but schools, shopping centres and community facilities.

This kind of sprawl perpetuates many of the issues such as traffic congestion and sewerage disposal that have plagued our big cities for decades. A variation on this is the ‘satellite city’ – development of a small village into a ‘dormitory suburb’ – but it is essential that these are connected by high-speed public transport systems such as rail or busways.

Increasing density is an alternative solution to sprawl, reducing land cost by putting more dwellings on it. Auckland’s new Unitary Plan will allow the city to literally grow up, with not just more high-rise apartment buildings in the inner city but more four to five storey buildings along main roads that already have good existing transport connections.

The Government has recently announced its intention to create Urban Development Authorities (UDAs). These are widely used overseas in big cities to acquire land in the same way that compulsory acquisition works for roads, to create new master-planned housing and community facilities.

They typically take ‘brownfield’ areas such as former light industrial areas, racecourses, or run-down social housing areas. But overseas these UDAs create masterplans, acquire planning and building consents and then build with their own funds. Here, they will only plan and obtain consents. This sounds like another attempt at fast track consenting similar to Special Housing Areas (SHAs). Unfortunately the SHAs have not created many new areas of housing; and many have been used by land bankers to drive up the value of land rather than build houses.

Finance issues and construction costs drive up the cost of housing. Property development is an expensive and risky business anywhere; consequently builders are not interested in building affordable homes. Why sell a house for a few hundred thousand dollars when a bit extra spent on fancy bathrooms, kitchens and other features will net you a much greater profit? And the public, through a diet of magazines and TV shows, have become addicted to flash houses. If there is one thing more expensive than construction, it’s middle class taste: we are no longer happy with the smaller, simpler houses our parents lived in.

So where to next?

The private sector won’t build affordable housing and the market will not deal with the housing crisis. Local and central government need to address the problem through legislation, taxation and planning rules to stop our cities being Monopoly boards where land and housing are speculative, tradable commodities first and homes second. We need more long-term planning by local and central government, and a commitment to “build through the dip” of a construction bust, as Auckland’s recent Mayoral Housing Task Force put it.

Whatever we do to deal with the housing problem, there is one thing that is absolutely essential, and that is to design and build quality solutions. We need more mechanisms to encourage and reward quality in both the planning/design areas and the building itself. Our Building Code is a minimum and most developers are happy just to meet that bare standard. Quality involves high standards of design, affordability, and the retention of natural environment and heritage. Housing is not just about putting roofs over people’s heads, it is about building safe, attractive and sustainable communities with a diversity of housing options.

Bill McKay is an architectural historian, critic and commentator based at the University of Auckland’s School of Architecture and Planning.

Note: The views expressed in Progressive thinking, ten perspectives on housing belong to the authors and do not necessarily represent the view of PSA members or the organisation.

"The post-war years were the heyday of the suburbs; those sunny, green expanses where schools, parks and new shopping centres were located, and where we built American influenced ranch-style family homes with open plans, patios, pergolas and driveways full of cars.

This heyday was short-lived. Urban drift and increased migration means that today we have a much more diverse population. Our city centres have changed, as has the way we want to live our lives."
.........
Rhubarb
The garages were single (needle backed Prefect, Standard 10). Houses weren't open plan, and it wasn't a short lived period. As for "we are more diverse" - that is political correct talk. Also Christchurch had half the population it does today and half the population rode bicycles. Chch had the same number of beaches, parks and hills then also.
Before we deal with the symptoms we need to acknowledge the disease and that is self-interest and the internationalist left-wing.
http://imgbox.com/hPbuHrAE

Is this Bill from The Standard?

You do wonder where the school of architecture is at.
I guess the architects are trained to sell the dream....

Just had quotes for some retaining wall work. Nothing special but it still came to $65k. Good luck building affordable housing in Auckland and even more luck if it is quality etc.

And when you look at the GST component ...

They only charge premium prices in 1071.

This article started well then drifted back into the same old thinking that got us into this mess - boundaries and master planning.

People should be free to build whatever they want within some high-level rules to protect the community as a whole (e.g. green spaces are pre-defined as is room for schools and hospitals, no houses next to an airport). Remove the boundaries and let people choose if they want to have a larger house with a garden and a hour-long commute or something more compact close to the city.

Planners do not know best, the market will allocate properties that the people want to live in. It is getting to the stage now where everything about a property is being dictated by planners at every level, down to house colours and materials at subdivision level.