Bankers' Association Acting CEO Antony Buick-Constable rejects suggestions banks are not playing their part in the construction sector and says bank lending to the sector is at its highest since the GFC
12th Sep 18, 10:21am
by Guest 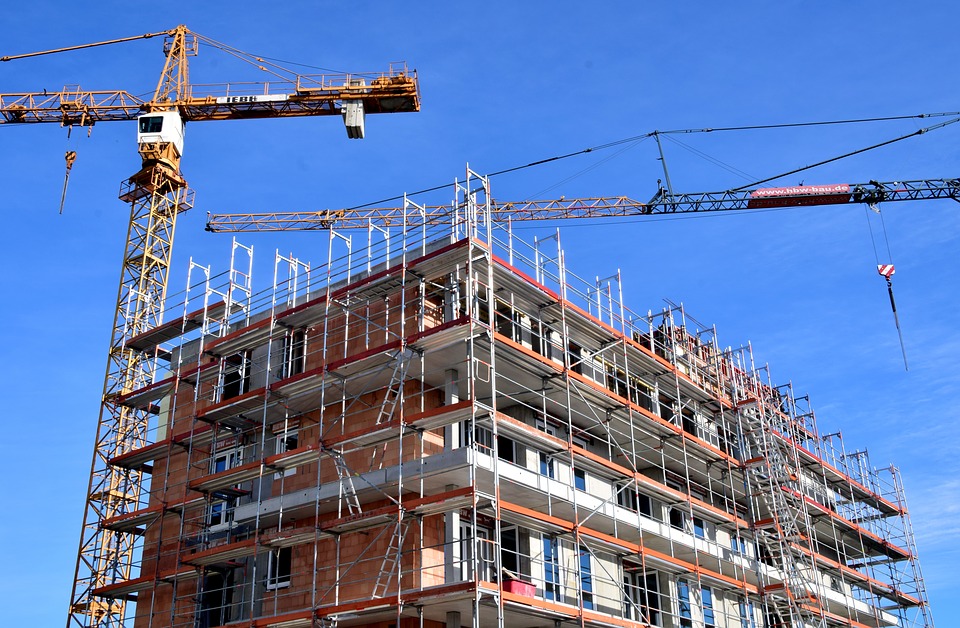 These are the best of times and worst of times for the construction industry. New Zealand is in the middle of a building boom but large and small firms alike have been caught out by rising costs, a shortage of skilled labour, the way risk is allocated and a stretched compliance regime.

The problems which have beset even the biggest firms are complex. Some commentators have suggested banks aren’t playing their part.

"NZ is in the middle of a building boom but large and small firms alike have been caught out.”

But far from stepping back from lending to large-scale apartment and housing developments, bank lending to the sector is at its highest levels since the global financial crisis, with the sector also benefiting from interest rates at historic lows.

In the year to June banks lent a total of $NZ6.7 billion to the sector. That’s an increase of 7.8 per cent for the year compared with lending to all businesses which grew at 5.7 per cent. That’s strong backing in anyone’s language - despite troubled times in construction.

Lending to the construction sector almost always carries greater risk than residential lending. While banks do what they can to manage risk, all appreciate that there is no such thing as a risk-free project.

This is why there is a significant amount of due diligence when banks review a project. This includes an analysis of the project team including the developer, construction company, architect and engineer.

There is also verification of the planned construction program, including costs by an independent quantity surveyor, a review of zoning, building consents and titles, independent valuation reports, insurances and legal reviews of presale and preleasing.

How much to lend, to whom, and at what rate will depend on individual lenders’ assessment of the project, the value they place on the customer relationship, and their own risk appetite.

It’s easy to forget it’s not our money we lend to construction projects – it’s our customers’ money and we take that seriously.

This is always the case. It’s important to remember banks provide capital, support and advice for entrepreneurs, farmers, small businesses, major corporations and families to keep NZ growing every day.

This is a core function of banking – to marshal community funds for new investment, to add to NZ’s stock of productive plant and machinery, inventories and buildings. That investment is financed from the supply of savings from both domestic and international investors.

NZ’s banking sector is extremely competitive. Currently there are 18 commercial banks operating in the country, including banks from China, India, the United Kingdom and the Netherlands.

For developers or builders, there is plenty of choice and they can be assured of a receptive ear for a project where the planning is detailed and thorough.

Banks do not have a blanket industry policy on lending – all banks have different lending policies and every proposal is considered on a case-by-case basis.

They compete hard for business and while one bank may decide the risk is too much another bank may be willing to get on board.

Banks have a long-established and close relationship with the construction and development industries and do their best to stand by their customers. As a sector we want that to continue and for the pressing issues facing construction to be resolved so the industry can get on with what it does best – building NZ.

* Antony Buick-Constable is Acting Chief Executive, New Zealand Bankers’ Association. This article first appeared on the ANZ BlueNotes website here, and is used with permission. The views and opinions expressed in this communication are those of the author and may not necessarily state or reflect those of ANZ.

True to a point. Many developers went west 10 years ago along with a large chunk of the second tier lenders in this country, so I think I understand the risk. Many people I know, especially the elderly, took large & irreparable hits to their lifetime's savings. The big banks got hit as well, except they had big enough balance sheets to weather the storm, which is all we can expect from them the next time we get hit as well. They may be called the 'banksters' but they are still a cornerstone of our civilised culture.

"It’s easy to forget it’s not our money we lend to construction projects – it’s our customers’ money.."

It's even easier to forget, or ignore actually, that it isn't your customer's money at all! It's the asset side of a banks spreadsheet funded by the circuitous nature of banking ( One developer's debt; the newly created loan, is another company's bank deposits, after going through the sausage machine of the economy.) The 'money that we lend' is a simply a future call on the real assets of the developer ( plus interest of course!) should the loan not be repaid by the developer. It's not 'our customer money' at all, it the machinations of a bank's spreadsheet and duration transformation.
What was if Henry Ford said all those years ago? " It was a good thing that most Americans didn’t know how banking really works, because if they did, “there’d be a revolution before tomorrow morning”.

They simply create the money out of thin air.

This is always the case. It’s important to remember banks provide capital, support and advice for entrepreneurs, farmers, small businesses, major corporations and families to keep NZ growing every day.

Actually banks lend on residential property. And do very little else. The other items mentioned there are very small in comparison.