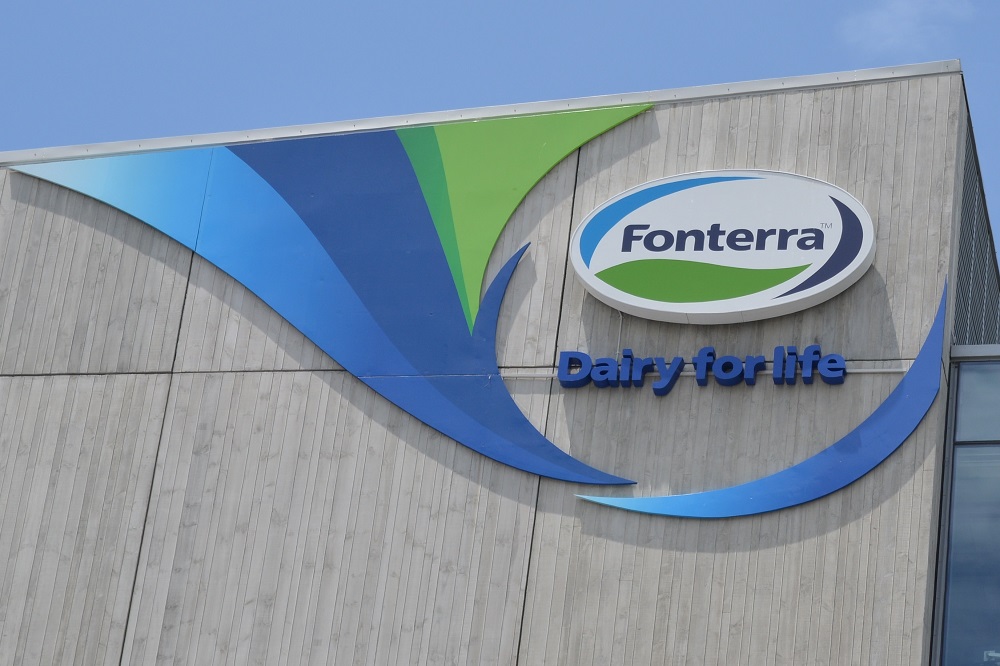 Well, they've had six months grace, now's the time for Fonterra's new chairman and chief executive to show they are getting a handle on the many difficulties the co-operative faces.

The chairman John Monaghan and CEO Miles Hurrell will front the marketplace next week (on Wednesday March 20) when Fonterra announces its 2019 half-year results.

That the results will not be good has already been telegraphed by Fonterra. No half-year dividend.

It's a very important time for Monaghan and Hurrell to 'put some runs on the board' in terms of showing they have awareness of where Fonterra's going wrong and how it might move forward.

It would be fair to say that, as ever for Fonterra, nothing is straight forward.

Once again profitability is sagging as milk prices go up.

That means the farmers who supply Fonterra are getting more for their milk. But Fonterra's shareholders are getting less back as dividends.

Of course the bizarre thing is, we are talking about the same people because the suppliers are the shareholders and only THEY can be shareholders.

Splash the cream and hold the dividends

And there's no question most farmers would rather have top dollar for the milk they sell and not worry too much about the dividends.

But, and here's the rub, how long can Fonterra survive and thrive as an organisation when it's trying to operate as a commercial entity on the one hand, whilst on the other hand being charged with paying its suppliers the absolute most it can handle. This runs absolutely against how a good business operates and remains the crippling weakness Fonterra has failed to come to terms with.

I don't know to what extent credit ratings agencies engage in subtle word smithing and subliminal pressure, but I was certainly intrigued by the words used by Fitch Ratings in its statement a week ago, in which it put Fonterra on a 'negative' outlook while retaining, for now, the co-operative's 'A' long term credit rating.

For me the 'nut' paragraph, the real key to the statement, was this:

Nevertheless, in our view, Fonterra's announcements that it will not pay an interim dividend, that a decision on any full-year dividend can only be made at the end of the financial year and will depend on the co-operative's full-year earnings and balance-sheet position, and that it will review its dividend policy as part of a wider strategic review currently undertaken by its board, is positive for bondholders - and continues to reinforce Fitch's expectation that Fonterra will prioritise the strength of its balance sheet over payments to farmer shareholders.

Look at that last bit: "...And continues to reinforce Fitch's expectation that Fonterra will prioritise the strength of its balance sheet over payments to farmer shareholders."

Is this just a statement of what Fitch understands to be the situation? Or is it Fitch saying: "Look, guys, put the balance sheet ahead of giving top dollar to the farmers ...or face the consequences"? In other words is it an observation, or a threat?

Personally I read that passage as very much Fonterra being on notice to concentrate or shoring up the viability of the business - ahead of maximising milk payment returns - or be confronted by the fact that it's credit rating will be cut.

A matter of interest

As at the end of the July 2018 financial year Fonterra had $6.2 billion of borrowings, so losing its current rating level would have a marked impact on its interest costs.

Fonterra has pledged to sell assets worth about $800 million in this financial year and put that mainly against debt reduction.

The market is going to be very keen to hear how things are going on this target at next week's Fonterra briefing.

But I think a lot more needs to be said.

Monaghan took over as chairman in July 2018. Hurrell was appointed as CEO in August, although only officially at the time as an 'interim' CEO. It seemed quite apparent from the get-go, however, that unless something very untoward happened the intention was for Hurrell to be the full-time CEO. Certainly he was never again referred to as 'interim' CEO after the first announcement of his appointment. His official status as permanent CEO was confirmed last week.

Miracles can't be worked overnight and people need time to turn things around, particularly when with Fonterra you are talking about a supertanker-sized vessel.

However, as the attentions of the likes of Fitch show, time is a scarce entity in the fast moving world of business, and while nobody expects Fonterra to have sorted out all its problems by next week, there will be an expectation it's got a very clear 'roadmap' for the journey ahead.

I don't think it is going to be enough for Fonterra to sell down assets and cut operating costs and simply say, okay, it's fixed now. Because it won't be fixed just by doing that.

Much more needs to be done and it is, as Fitch says in its statement, about structural issues.

Fonterra needs to be able to access more capital. Whether that's through retaining more in earnings or getting more shareholder's funds pumped in doesn't really matter. But something has to be done. It needs to be more resilient.

I think it's time to officially label the Fonterra Shareholders' Fund units, sold amid something of a hiss and a roar in 2012, for $5.50 each, as a failure.

However, a current unit price of under $4.50 at time of writing tells its own story.

The essential flaw of the units is the fact that unit holders have no power and no influence. If Fonterra's feeling flush it will deign to pay a dividend, which gets passed on to unit holders. If not, it doesn't and the unit holders have no control over that situation as they have no ownership in Fonterra itself. Impotent.

Frankly, these units never looked like a good idea to me and I wonder if those who originally invested in them actually saw them as a way to open the door to a physical shareholding in Fonterra at some time down the track. Well, the door has in fact remained resolutely shut.

The trouble is, what does Fonterra do for further equity from here? Another similar capital raising to that done through the FSF units would not appear to be a starter.

Would some sort of a two-tier structure as seen with the Dutch group FrieslandCampina work? FrieslandCampina operates as a separate commercial company, which is owned by a co-operative of a similar name. With Fonterra of course the co-operative is the business and this is directly owned by the farmer shareholders.

I think some degree of separation between co-operative and business for Fonterra could be a great idea. It would of course give room for outside investors (the great, vexed, subject) to invest directly in the business, maybe - although that's not how FrieslandCampina works.

The point is though, that the whole structure for Fonterra has to be looked at very hard again now. There has to be a way for Fonterra to build greater equity and therefore a proper buffer to the inevitable swings and roundabouts of the global dairy trade.

Asset sales and cost cutting will put a sticking plaster on Fonterra's failings for now. But unless it's prepared to chart a new way forward with a viable structure then it's going to keep stumbling. And who knows, it may eventually fall over.

So, it's these future questions that the new broom in Fonterra's cupboard really need to be addressing. I doubt whether we'll hear too much talk about these future issues at the half-year briefing next week. But really we should be and the longer Fonterra waits the more tricky things could become.

The issue for Fonterra is simple. Survive & then thrive. Its current structure is counter-productive although you cannot blame the farmers for not wanting to hand over the marketing to a bunch of nobodies. Many farmers would argue you don't sell milk, milk sells itself, but they would be wrong. Milk from livestock may soon be on the endangered species list if all the global anti-animal groups get their act together. Milk, especially our milk needs to be healthy & wealthy for NZ Inc to continue to grow & prosper. This country need a strong & thriving Fonterra. Someone with some personal fortitude needs to be in charge. I hope John & Miles fit the brief.

Could Outsource those high earners to India, like Vodafone.....then we can have lots of empty houses for sale as the high earners revert to means........which will benefit all those low earners...who mostly came from India....looking for a better life...and they can then own a big house at a lesser price...

The redundant can move to India and buy a cheap house there..

Invested in Units expecting that Fonterra would do the right thing by Investors, they get capital, I get a return, had my doubts given the structure but thought they were trying to do the right thing. I expect they will struggle to raise capital unless they give better terms.

Easy enough to increase capital by retaining earnings. Say a X% of EBIT before farmer payout is to remain in the business for investment and growth. This is what Tatua does and eventually the retained earnings mean a higher payout for farmers.

The only way Fonterra will be successful is to float.
The present structure is flawed. It is bloated with overpaid managers who do not seem accountable to anyone.
When a CEO is paid $8 million when the company is struggling and declining in profit proves my point.
Fonterra will have access to more funds available if they were a public company.
There could be restriction to prevent it being sold overseas.

Fonterra Units were never a good investment , there was both Capital and return risks way in excess of what I would regard as acceptable .

The erosion of Unit holders Capital has been quite dramatic given the yields were poor to start with and the price/ unit dropped from $5,50 to $4,50 .

Its a loss that investors will likely never recover from