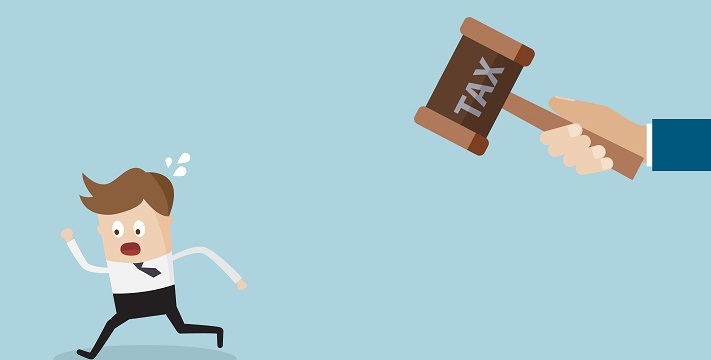 Over half a million Kiwis who might have been expecting a pleasant surprise from the tax person under Inland Revenue's new automatic tax return system will instead get some unwelcome news.

The IRD said on Wednesday that it now estimates 550,000 investors in things such as Kiwisaver (up from a recent estimate of 450,000), were on the wrong prescribed investor rate (PIR) and were underpaying.

At the same time though, about 950,000 people were actually on a PIR that was too HIGH and they were being overcharged on average about $44. If that sounds like good news ahead for them, it isn't. Under current law there's no facility for such people to be refunded such amounts. IRD estimates about $42 million has been overcharged in the past tax year.

Revenue Minister Stuart Nash is now apparently looking into pushing for a law change that would enable such refunds in future. But any such change would not of course be retrospective, so in other words hard luck if you missed out.

“The Minister says that repayments can’t be made because a piece of 2004 legislation prevents it. Mr Nash has had multiple opportunities to change this given there are up to four tax bills a year, including one before Parliament at the moment where the change could have been made."

Bayly also said IRD was responsible for those who have been underpaying "and they should not be made to pay this back".

When interest.co.nz contacted the IRD in September last year over concerns around people using the wrong PIRS, it said there wasn't a major compliance issue because “the process of getting it right is so simple”.

It said it regularly urged taxpayers to update all of their tax-related details and understood providers reminded their members to update their details.

The IRD also noted it would “see a PIR discrepancy if it became evident during an audit or investigation of some other kind”.

Back to the present, on Wednesday Inland Revenue deputy commissioner, Sharon Thompson said from the middle of next month IRD we’ll begin proactively contacting customers who are on an incorrect PIR to let them know they need to change it to avoid paying too little or too much tax in the future. They can then contact their investment provider to change their rate.

“And in the future, we’ll contact customers during the year if we identify they are using an incorrect PIR. This will be an on-going process to ensure that customers can get things right from the start.

“Because our new system groups together all the income people have, including wage and salary and investments, we can now see if people are on the right investment tax rate relative to their income level.

“In the past our old system did not do this automatically and we relied on people and their investment providers to make sure they were on the right rate.”

She reiterated IRD's decision not to go back over previous years to reassess and recover investment tax that may have been under or over paid.

"Trying to go back over past years and determine incorrect payments based on wrong PIRs would have required significant work not just for Inland Revenue but for individual taxpayers and financial institutions.

“So we made a business decision to look forward and not go back. We’ll be working on how we help people to get their PIR right for the future rather than trying to identify errors people may have made in previous years."

Those that have overpaid may have been overpaying for years, same goes for the under payers. The upside is at least this has been sorted out now. There have been a fair few articles about setting the right rate and I've known people who went from one of the higher rates to 10% (which provides a reasonable benefit to their kiwisaver).

I have no sympathy for those who now owe. It was annoying to see the IRD then made a decision not to pursue that money.
Every time you do a PIE investment they ask you for a tax rate. So if you underestimated it, you did it. And, what was the disadvantage overall anyway.

Overpayment should be refunded. Even for those comfortable with assessing the rate the providers don't always make it clear *when* it needs to be declared (I changed my Kiwisaver upwards on 1 April 2019 and had non-recoverable tax deducted for 2018-2019 earnings from the lower rate!). Or simplify things - tax Kiwisaver at flat low rate and other investments as standard. Maybe even allow salary sarifice to Kiwisaver. Would be interesting to know the actual tax take from Kiwisaver PIE's if it's separatelty available.

Yeah, I got a bill because I set my rate years and years ago as a student, then never thought about it again, so will take that on the chin. Super unfair that the overpayers don't get a refund.

Something is inherently silly with a tax system that allows incorrect tax rates to be in effect for 1.5 million taxpayers. There must be a better way to achieve whatever it is that is trying to be achieved with a PIR scheme.

I really don't see how the NZ Government is going to be able to encourage people to save more for their future considering just how much investment rates are dropping and we're so heavily taxed in this country especially those on lower incomes.
Take the UK for example, they have a "Personal Tax Allowance" which allows for the first £12,500 (approx $24k NZD) earned income to be tax free. Also you can put £20,000 (Approx $39k NZD) in to an ISA each year tax free.