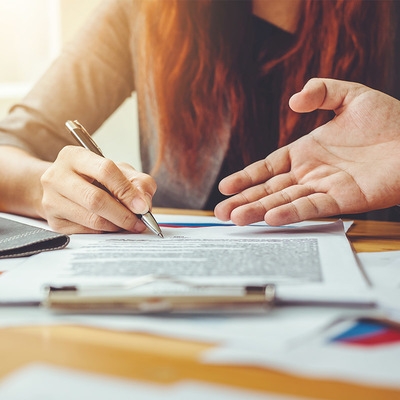 The Commerce Commission says lenders that don’t meet their obligations to their clients should face tougher penalties as outlined under consumer credit law changes the Government has proposed.

But it says we still have a long way to go to catch up with Australia when it comes to taking a tougher line on offenders.

The commission outlined its thoughts on the Government's Credit Contracts Legislation Amendment Bill in a submission to Parliament’s Finance and Expenditure Select Committee.

The Commerce Commission is backing the changes and states:

Civil pecuniary penalties are monetary penalties imposed by the High Court in civil cases and are paid to the Crown. According to the New Zealand Law Society they were first introduced in NZ legislation in 1986 and are now used in a number of acts, including the Commerce Act 1986, Securities Act 1978, Anti-Money Laundering and Countering Financing of Terrorism Act 2009, and Unsolicited Electronic Messages Act 2007. While under the act statutory damages aren't related to the damage or loss suffered, they can be paid to the aggrieved party in a credit contract.

The Commerce Commission says Lender Responsibility Principles (LRPs) are central to the protections consumers have under the CCCFA and set the standard for conduct by finance companies and lenders.

Lenders must make reasonable enquiries to ensure that the borrower will be able to make the payments without suffering substantial hardship, help borrowers and guarantors to make informed decisions, act reasonably and ethically, make sure loans are not oppressive and ensure that they meet all of their other legal requirements. The existing situation under the act is outlined on the Commerce Commission’s website which states:

“If lenders breach the lender responsibility principles, the court can make a wide range of orders, including orders restricting lenders’ actions and orders compensating borrowers. For example, a district court may order that a person cannot act as a creditor, lessor or transferee if that person has failed more than once to comply with the principles.”

But in its submission the commission says that despite the significance of the Lender Responsibility Principles (LRPs) there are currently no penalties for failing to comply with them. The proposed changes to the CCCFA are needed to address the shortcomings of the existing legislation.

“Sufficient penalties incentivise compliance with consumer protection laws. As we set out in our submission on the Ministry of Business Innovation and Employment Discussion Paper: Review of consumer credit regulation (June 2018), the current lack of penalties provides almost no incentive for lenders to comply."

"The introduction of civil pecuniary penalties generally will create efficiencies by reducing the need for the Commission to take criminal and civil proceedings in relation to the same conduct. Criminal prosecution is pursued by the filing of criminal charges and while compensation orders can be sought at the same time, this usually requires the filing of a separate civil proceeding, sometimes in a different court. It is not always straightforward for the Commission to take proceedings for compensation orders as well as obtaining conviction and a fine in criminal proceedings."

The commission says it also supports the introduction of statutory damages for breaches of the LRPs. It says it would allow it to quantify the amounts payable to affected borrowers without having to establish loss or damage.

But it says New Zealand is behind Australia.

In April law firm Chapman Tripp released a paper on the proposed changes to the CCCFA, arguing increased obligations on lenders to meet responsible lending standards could result in lower-cost lenders making fewer loans – potentially driving some borrowers to seek credit with finance companies charging higher interest rates. It said the changes would also remove a lender’s ability to rely on information provided by a customer for the purposes of assessing their suitability for finance and force them to seek additional information from independent sources, adding time and cost to loan application processes.

While the directors and senior managers of lenders would also be required to take reasonable steps to ensure employees and agents follow compliance procedures. If they are found to have breached their duty they are potentially liable for fines of up to $200,000 per act or omission. And under the legislation directors and senior managers cannot be insured or indemnified against such liabilities.

But the Minister of Commerce and Consumer Affairs Kris Faafoi said the Government wasn’t intending to make it harder for finance companies.

Faafoi said the recent Australian financial services royal commission and the joint Reserve Bank of New Zealand and Financial Markets Authority review of the banking and insurance sectors here showed there was room for improvement.