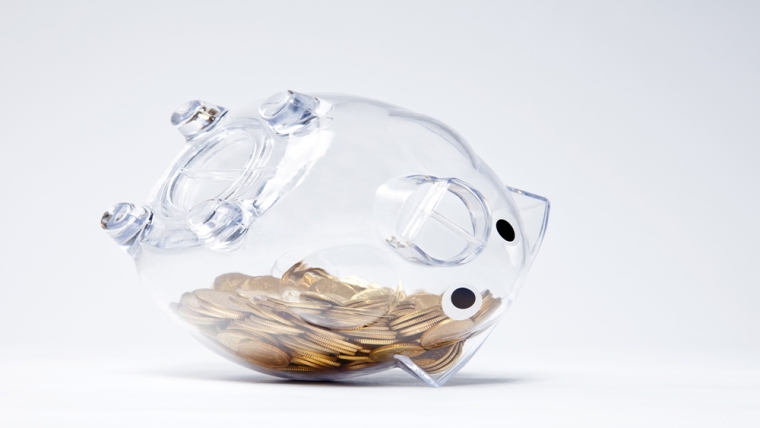 Household deposits grew at their slowest annual rate during the December year in more than nine years, data released by the Reserve Bank shows.

The low deposit growth comes in a time of historically low deposit rates, with the bank average one-year rate at 2.6% as of January 31. The low interest rate environment has led to speculation for some time that some savers may back off deposits and seek higher returns elsewhere in areas such as the sharemarket, property, managed funds or alternative assets like gold and cryptocurrencies.

Deposits are a key funding source for banks especially since the Reserve Bank's introduction of the core funding ratio (CFR) in 2010. The CFR requires banks to meet a minimum share of their funding from retail deposits, long-term wholesale funding and/or capital. The minimum CFR for each bank - on a daily basis - is currently 75%.

The low interest rate environment has led to speculation for some time that some savers may back off deposits and seek higher returns elsewhere in areas such as the sharemarket, property, managed funds or alternative assets like gold and cryptocurrencies

NZers investing in shares, PMs, and cryptocurrencies? Is this a Tui ad? It would be fascinating to see some kind of representative data on exactly how much h'holds have in these 3 asset classes. I would expect shares and PMs to be weighted towards high-income h'holds and cryptos towards younger, more wider thinking individuals. Hell, there isn't even a crypto exchange in NZ I would want to use.

I use easycrypto, always had a great experience with them. Simple to use, buy and sell through online banking transfer.

Lowest deposit growth in 9 years sounds quite bad, then again deposits still grew at 4.4% which surprises me given such low returns.

Warren Buffet has a massive cash holding, makes you wonder someone how has gained so much from the stock market would get out now when it’s obviously a very heathy Ponzi. Also in New Zealand you have a lot of functional working people who can save but not nearly enough for a house deposit so it stands to reason.

Who said he is getting out? Buffett, or rather Berkshire Hathaway, gets lots of money from investors, but he retains a significant amount in cash to take advantage of opportunities as and when they arise.
If you are saying that the stockmarket is a Ponzi scheme,then you are ill-informed.

Did an open home drive-by out of interest at two potential first-homes yesterday... gone are the foreigners, now they are littered with grey-haired couples (I can only assume) seeking a place to park their wealth until the rates situation improves. Both double story side-by-side houses, so I really doubt they're downsizing considering the stairs.

Well, if the market becomes just old couples selling to each other we'll be in for some interesting developments over time.

While I'm saving the deposit for the house, my risk aversion means putting cash into PIE TD's. That'll all change once I'm in my own place. I'll be looking long term, so will not care for the low returns on deposits.

My understanding was that lowering the interest rate was meant to encourage spending rather than saving.

Is this not the exact outcome they were trying for?

Who would have guessed... you can't spend your way to prosperity.

There's the paradox. Japan is a great illustration of this. Why buy today when it will be cheaper tomorrow?

The low interest rate environment has led to speculation for some time that some savers may back off deposits and seek higher returns elsewhere in areas such as the sharemarket, property, managed funds or alternative assets like gold and cryptocurrencies

Without doubt the cheque presented by the buyer of said securities, assets and commodities, to settle the purchase, will be deposited in the seller's bank.

Thus banking is not an Economy of Capital, but an increase of Capital; the business of banking is not to lend money, but to create Credit: and by means of the Clearing House these Credits are now transferred from one bank to another, just as easily as a Credit is transferred from one account to another in the same bank by means of a cheque. And all these Credits are in the ordinary language and practice of commerce exactly equal to so much cash or Currency (Macleod, 1906, vol. 2, p. 311, italics added)”.6

“These banking Credits are, for all practical purposes, the same as Money. They cannot, of course, be exported like money: but for all internal purposes they produce the same effects as an equal amount of money. They are, in fact, Capital created out of Nothing ” Link-section 2.3

It’s where it goes, not how much, that creates the interactions that matter. Your (someone else’s) argument can be made round and round forever and really adds nothing much at all to the discussion.

If you just add money into the money supply in exactly equal parts, you don’t move the real exchange rate, only the nominal.

You talk about heli drops and quantity of money a lot, just i thought this puzzle would be up your alley to solve, clearly not.

I wonder if these figures include kiwisaver cash fund deposits as well, which will chug away in the background regardless.

So does anyone think term deposit rates might start to inch up a bit as one of the sources (term deposits)for the banks to fund loans drys up a bit and they seek additional funds? Personally Im definitely going to pull out of term deposits once they mature early this year. Im talking way over six figures as there is no point leaving it in a term deposit that barely keeps up with inflation at 2.5% for a 5 year term. If like minded grey hairs are considering the same thing it might contribute to push up the price of housing? Im looking at apartments but they are already way overpriced and the return is not there...not to mention the hassle of being a landlord again under a socialist government where the landlord has few rights...…Really don't want to be in the rental market again :(

Socialism: A political system which advocates public ownership of industries, resources and transport. Collins English Dictionary. That most certainly does not describe this government. All you have done is expose your ignorance and political bias. Landlords have few rights? Yea Right. And I am a landlord.

Hmmm, very interesting. Lending growing at 6.9% but deposits growing at 4.4%. At what point does this become a constraint on lending, or can the banks get round it?

The govt & RBNZ, have a lot to answer to our kids/future NZ generations. During our growing years everywhere in the world, we clearly been educated to 'save'.. that earn 'interest' etc. Live within current means, save to purchase. With the current climate of easy credit, this become a misnomer advise, conflicting to young minds. 'Loan/borrow' are the keywords that we do need advocating them, as you don't want to confuse them in future life. As soon as minimum threshold savings has been reached? get a loan, then further into leverage borrowing in the future based on current asset valuation. No need to do anything else in this life, TIME=Loan/credit/borrow/investment/money. It's no longer Time=Save/Study/train/investment/money.