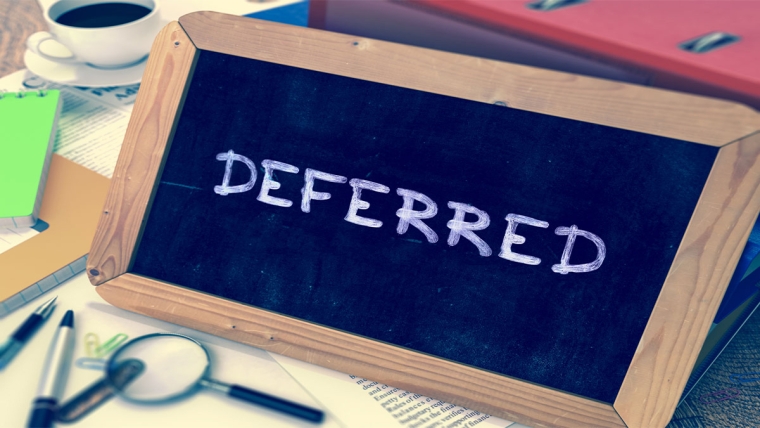 The New Zealand Bankers' Association says borrowers whose repayments were deferred due to the COVID-19 pandemic and are still struggling, may get an additional temporary payment deferral, have the term of the loan extended to reduce repayments, or be moved to interest-only repayments for a period.

The loan repayment deferral scheme introduced in March 2020 to help borrowers hit financially by COVID-19, ends today (Wednesday). Initially put in place with the agreement of the Reserve Bank, Government and banks for six months, it was extended for another six months last August.

The repayment deferral scheme increased future risks for borrowers, as the missed payments were delayed rather than forgiven and must be repaid. This may lead to a situation where the missed interest payments are added to the loan balance, resulting in a higher debt repayment burden once the payment deferral period ends. The Reserve Bank agreed to not treat these deferred loans as non-performing loans in arrears for the bank lenders. If a loan is recorded as being in arrears, normally this significantly increases the amount of capital the bank lender needs to hold against that loan compared to when it's treated as a performing loan.

“Banks are working closely with the few affected customers who still need help to get back on track. Assistance for these customers will be tailored to their individual circumstances," NZBA CEO Roger Beaumont says.

“Options for customers in hardship may include a further temporary payments deferral, extending the term of the loan to reduce repayments, or moving to interest-only repayments for a while."

Beaumont says banks are "delighted with the scheme’s success."

"It made an important contribution to the wider story of how New Zealand as a whole managed the economic impact of the global pandemic in the last year.”

You can see more here on whether a mortgage deferral was a good idea for borrowers.

Interest Only Loan should be used or offered in such calamities and need only.

Actually I've wondered a little about this in the recent anti-IO comments. What about bridging situations?

Interest Only Loan should be used or offered in such calamities and need only.

It's an Antipodean thing. Interest only loans doesn't really make sense except in times like these. Even then, there has to be limits. And for banks to be able to lend them for specu-punting on houses in arguably the world's largest property bubble is nuts. It's completely wrong considering the taxpayer is on the hook for all this.

Not surprised they are delighted.... extending loan period = more money for them and more debt for the customer.

Not surprised they are delighted.... extending loan period = more money for them and more debt for the customer.

Fewer non performing loans means lower capital requirements. Hmm sounds like offloading risk to the taxpayer in dangerous times. What's not to like about that from the banks point of view.

This is undoubtedly some comforting news. We are only talking about 0.2% of the total loans still being deferred, and decreasing.

Unless......
Those stressed households decide to sell-up, en masse, rather than keep their heads in the debt-noose, and reset prices across the country. Like as not, they'll still be ahead on capital value, and might want out for a while. As is written on the other article on this site today "The amount of debt they are carrying is likely to be the key determinant"
You know how it goes:
Banks lend on the basis of the last sale price (value) of a property in any given street/suburb.
It only takes one of the 3,000 to start the ball rolling.

"According to the New Zealand Bankers’ Association (NZBA), over the past year more than 66,000 household and business loans, with a total value of around $30 billion, were fully deferred"

That however is a much more significant proportion and Id suggest that in many instances their position is only marginally improved and still exceedingly vulnerable.....and then theres time.

With interest rate rises looming large in a year or two what could possibly go wrong if the banks extend deferrals and allow customers to move to interest only repayments? I hope that the banks TD holding customers understand the additional risk to their funds that these initiatives pose.

Bank won’t want to lose a customer as long as you “keep up” with the payment, they are happy to keep you forever, in someway they prefer you to not pay off your loan completely.

Small Kev...yes but partly because they know they can take unacceptable risk and will be bailed out with our tax money if their gamble does not pay off. Banks have a history of making tons of money for 10 or 20 years then losing more than they made in the preceding 20 years in one bad year or even one bad month. And guess who pays for their losses?

In the week ending 19/03. the number of loans with payments missed were 60,000 consumer loans, 11,000 housing loans, 10000 business loans. Plenty of approvals under COVID-19 Business Finance Guarantee Scheme.So assume that is business owners and banks removing the security over business owners properties to be replaced with Government guarantee on 80% of the loan balance if the business fails. Win Win

The perfect storm is coming with incompetence rife in this government.

That's not a good way to apply interest only payments especially when the applicant is going under and the housing market seems to be uncertain.

But I love the bank politics, if the government goes that far to ban interest only, they get to cut loose immediately these people without been seen as a bad boy- the government will be the fall guy.

So tax offset and removal of remaining covid loan deferment occur at the same time. nothing bad could happen, its all good.