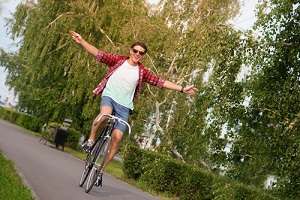 The Government’s happy to continue leaving New Zealand banks to set their own credit card interest rates, despite the Reserve Bank of Australia (RBA) staging an intervention on the issue.

The RBA last week made a submission to an Australian Senate inquiry into credit cards, pulling banks up for increasing credit card interest rates even though their cost of funds has been falling since the Global Financial Crisis.

Australian credit card interest rates are at similar levels to those in New Zealand where neither the Commission Commission or Reserve Bank of New Zealand is mandated to follow the RBA's lead. And nor is Minister of Commerce and Consumer Affairs Paul Goldsmith about to get involved.

“We watch what goes on in Australia with interest, but ultimately, what are the levers that you pull? My sense at the moment is there’s no strong call for any significant intervention in this area," Paul Goldsmith told interest.co.nz.

“Ultimately it’s for the banks themselves to explain the interest rates they charge, and they’ll be under competition pressure if a gap emerges over an extended period of time between the OCR and the credit card rate," Goldsmith said.

Reserve Bank figures show a total of $6.147 billion of credit card lending outstanding as of the end of June, with $4.013 billion of this bearing interest. The weighted average interest rate on personal interest bearing lending was 17.6%.

“These spreads rose significantly in the global financial crisis (when funding rates fell significantly but credit card rates fell by much less) and have remained at that level or drifted modestly higher since," the RBA said.

Furthermore, when the RBA cut official rates in February, Treasurer Joe Hockey said he expected rates on all credit products to fall “immediately”.

Goldsmith has a different take, saying the Official Cash Rate (OCR) is one of many factors that influence credit card interest rates. He said banks also have to take a risk and rewards structure into account when setting rates.

He said credit card interest rates aren’t volatile in the sense that they don’t move as fast as the OCR. (See a chart comparing rates and OCR changes over time here).

Goldsmith is confident the Commerce Commission will intervene if it finds banks to be behaving anti-competitively.

However he defends the banking sector, saying a “high-level” Treasury investigation done in 2013 and 2014, that's not publicly available, found there is reasonable competition in the sector.

“It’s a matter of consumers understanding what they’re up for in terms of credit card interest rates and I encourage people to be savvy about their debt and make sure they don’t expose themselves to high interest rate if they can avoid it.”

He said the government has been focused on education and delivering financial literacy campaigns.

The government has also beefed up consumer credit laws through the Credit Contracts and Consumer Finance Amendment Act 2014.

The new rules, most of which took effect in June, focus on lender responsibility. Included is the introduction of minimum repayment warnings on credit card statements. However, last year's Credit Contracts and Financial Services Law Reform Act, to the chagrin of Labour and the Greens, stopped short of introducing interest rate caps. This was after Australia had set interest rate caps for payday lenders at 20% up front, and 4% monthly for the life of a loan.

Meanwhile, this interest.co.nz calculator shows that if you borrow $2000 on an ANZ Standard MasterCard, and only make the minimum repayment of 2%, it’ll take you 16 years to repay your debt.

If you use a BNZ American Express Classic Everyday card, it’ll take you over 25 years to repay your debt, while using a Westpac Standard MasterCard will take you a whopping 78 years, according to interest.co.nz's calculator.

Goldsmith repeats a New Zealand Bankers’ Association’s line, that only between 1% and 3% of New Zealand credit card customers make the minimum repayment each month.

He also pointed out half of credit card customers pay off their balances in full during the interest-free period, compared to about a third in the US and Australia.

Goldsmith concludes, “I think we’ve got good grounds for optimism around the way New Zealanders deal with their credit card debt. Yes, we’ve got to make sure there’s good competition in the system.

“Ultimately it’s up to the banks to explain the interest rate that they’re putting on things. That’s as it should be.”

Credit cards are my friends. I pay it off in full & on-time every month. I have 3 of them. Interest can be 100% but this does not affect me.
In a perverse way interest rates are too low as people still use credit cards when they know they cannot pay it back. Maybe make them 50%?
The banks are not to blame for peoples stupidity. Do not buy what you cannot afford.
There are options such as changing to another CC at 0% on transferred balance or a Finance Co. who will consolidate debts.

"The banks are not to blame for peoples stupidity. Do not buy what you cannot afford."
Exactly, and if such people are given a credit and load it up and cant pay it back, bad luck, (THE BANK NEVER LOSES)

Of course there is benefit in the government jawboning the banks about careless lending at usurious interest rates ..it's called banging a stake in the ground .. so that if the banks ignore the jawboning and don't come to heel then

But of course, in NZ, the government is already calling in those markers (favours) now by asking the banks to go easy on the dairying sector - will they evergreen the loans? - watch for banks foreclosing any farmers and you will see how well that system of favours works

Anyone paying credit card interest rates would be wise to default. The courts will not allow collection costs to be added to debts and are arbitrarily imposing a maximum interest rate of 15%. You can then pay the balance off at your leisure.