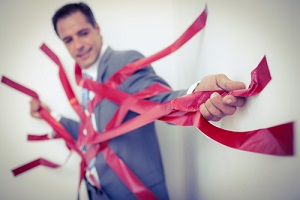 Consumer lenders are breathing a sigh of relief the Government has heeded their calls and excused some of them from new legislation set to replace the Financial Advisers Act.

The Bill, which was introduced to Parliament on August 3, says: “The exclusions from being regulated financial advice include advice given… by a lender under a consumer credit contract or insurance contract for the purpose of complying with the lender’s responsibilities under section 9C(3)﻿(a) to (e) of the Credit Contracts and Consumer Finance Act 2003 (this is a new exclusion, not one carried over from the Financial Advisers Act 2008).”

This means the likes of SBS Bank's Finance Now, Toyota Finance, Instant Finance and The Warehouse Financial Services Group (which is being bought by Finance Now), won’t have to deal with new licencing and disclosure requirements outlined in the Bill.

It also means they won’t have to report to the Financial Markets Authority (FMA), in addition to the Commerce Commission, which oversees the CCCFA.

Consumer lenders, which act as brokers, are however still covered by the Financial Services Legislation Amendment Bill.

The Bill aims to improve New Zealanders’ access to advice and even the regulatory playing field for advisers.

She says all the necessary consumer protections already exist under the CCCFA, so the exemption avoids a doubling up of red tape and regulation.

The CCCFA stipulates how credit contract providers have to give their customers advice around the suitability of their products, whether or not they can actually afford them, and whether or not they’re making an informed decision and understand what they’re getting in to.

McMorran also points out new lender responsibility principles were introduced under the CCCFA in 2015.

While most of her organisation’s 50+ members will be benefit from the exemption, she is pleased brokers remain covered by the Bill, as “the broker relationship is different”.

“They do have an adviser relationship, because they’re actually looking at a whole range of providers’ products and saying, ‘this is the best one for you’. That has to be guided by the principle that it’s in the customer’s best interest and not because it pays the highest commission.”

This is a good practical decision from the Government. If you're going to burden lenders with a greater level of compliance, that is just going to equate to higher borrowing costs. The CCCFA appears to have done an excellent job to clean up the industry and give borrowers a much more transparent market to borrow in. Just look at the range of lenders using fintech to make lending cheaper. Heartland Bank's Open for you is a perfect example of a bank that's innovating in a market where the big five seem to resist change. And then there's little startups like Pronto Finance who offer slightly more expensive personal loans, but use technology to compete against the established players who are charging crazy interest rates. This is validation that the CCCFA has created a balanced market that ultimately benefits the consumer, and the Government doesn't need to introduce more compliance that would burden the industry and ultimately the borrowers.