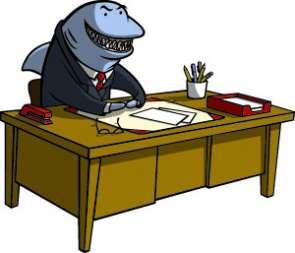 The Labour Party is pledging to review the Responsible Lending Code and is reserving the right to cap interest rates should it be in a position to lead the Government after Saturday's election.

Labour’s Consumer Affairs spokesman Michael Wood also says the party wants the Commerce Commission to be "properly resourced" to protect consumers, and will take a "tough stance" on loan sharks.

“We will make sure that the Commerce Commission will investigate and pursue loan sharks who breach their obligations to consumers. We know that the current prosecutions are just the tip of the iceberg," Wood says.

“Labour has already campaigned for tough laws on mobile loan truck shops and we supported a cap on interest rates. The Government refused to even consider interest rate caps meaning that loan sharks can still charge whatever interest rate they like. In one case, a car purchased for $2,500 ended up costing the borrowers $23,000," Wood says.

“The Government’s Responsible Lending Code was full of holes before it was passed in 2015 and in Government we will conduct a full review of the current law. We reserve the right to cap interest rates if there is evidence that this step is needed to protect vulnerable consumers."

In terms of "properly resourcing" the Commerce Commission Wood told interest.co.nz via a spokesman that Labour would boost the resourcing of the watchdog's investigative arm.

"At the moment we know that they [the Commerce Commission] tend to act on complaints only and in Labour’s view there should be a more pro-active role in monitoring for compliance with the existing law. The cases that are taken are clearly only the tip of the iceberg. We would have to take advice in government on the exact number of additional staff needed to undertake this work. It is not likely to be a large cost, but will make a big difference to people who would otherwise be taken advantage of," Wood says.

Introduced in June 2015, the Responsible Lending Code is primarily targeted at pay-day lenders and loan sharks, however it also applies to banks, finance companies and other lenders. It came about following a 2011 Financial Summit in Auckland when then-Consumer Affairs Minister Simon Power said it was incumbent upon lenders to exercise greater responsibility to protect the most vulnerable borrowers. It also followed the development of equivalent codes in Australia and Britain.

In 2015 then-Commerce and Consumer Affairs Minister Paul Goldsmith pointed out the Responsible Lending Code is not binding on lenders, but evidence of compliance with the Code is viewed as evidence of compliance with the binding lender responsibility principles set out in the Credit Contracts and Consumer Finance Amendment Act. The National Party-led government rejected the idea of introducing interest rate caps, which both Labour and the Greens had argued for. They pointed out Australia had set interest rate caps for payday lenders at 20% up front and 4% monthly for the life of a loan.

A majority of Parliament's Commerce Select Committee rejected interest rate caps. They argued restricting interest rates may offer consumers protection from one form of high cost credit being short-term, high interest rate compounding loans, but such a move may also have unintended consequences. These were seen as potentially including restricting access to credit for consumers, and also that the interest rate which is the upper limit could be viewed as a target or as reasonable.

Does Labour have any policies or is it just reviews?

Just review and more reviews. When pressed for detail Labour consistently show that in their nine years in opposition they have not formed a coherent set of policies. Everything being proposed for the election is all based on what they think is popular and will get them elected.
Message to the voting public.... beware of populism. Just because Jacinda presents a fresh face doesn't mean we will get any better government. Look at what happened in the USA.

Hahaha,
it's quite smart though, this way Labour doesn't have to commit to do anything

Just reviews old and failed ones

What are the highest interest rates your company charges kane02?

I just don't like the interventionist attitude of Labour. I want to live in a free country where I can make my own choices good or bad. I accept to pay the price for my poor choices and I want to be free to reap the benefits of my good choices, rather than have the government tell me what I can and cannot do

Surely a policy like this doesn't stop you reaping the benefits of good choices, but may limit the price you pay for poor choices.
I'm struggling to see who this negatively impacts, other than the finance companies who specifically target those with bad credit and charge high interest / high fees (who don't always have the best financial literacy to understand the potential problems this type of borrowing could cause). Don't really have much sympathy for them.

sferris, agreed but how do we know the policy won't extend to mainstream lending for example? Also, it's a mentality that the government knows whats best for us and it's likely there will be more and more interventions over time

It happened last time with Labour. Trying to control every aspect of peoples lives. The last straw back in 2008 was Aunty Helen dictating what type of shower heads and light bulbs people will use.
Micro management of the people is fundamental to any socialist government and expected.

You sound like a true New Zealander, pity we seem to be a dying breed

I think the only party you can really vote for is ACT.

But even they're not suggesting getting rid of the pension, state-funded health, schooling etc. as far as I'm aware.

Working Groups, Reviews, Enquires. I hope Labour are actually going to do something.

I have been looking all day for a meme that has Jacinda taking her face (mask) off and Helen Clark is underneath saying "surprise!". Anyone know where I can find it??

So, will the nightmare revisit NZ ?

NO NO NO ............ We need reckless lending legislation to protect uneducated and vulnerable borrowers from unscrupulous lenders .

Its should be called the Credit Lending and Usury Act

This type of legislation exists in many countries , we have been left behind

Lol regulation? That sounds like COMMUNISM! (to paraphrase the Young Nats brigading)