HSBC NZ reprises very low mortgage rate offer, far below any other bank, matching the 50-year-low rate it had in mid 2018

HSBC NZ reprises very low mortgage rate offer, far below any other bank, matching the 50-year-low rate it had in mid 2018 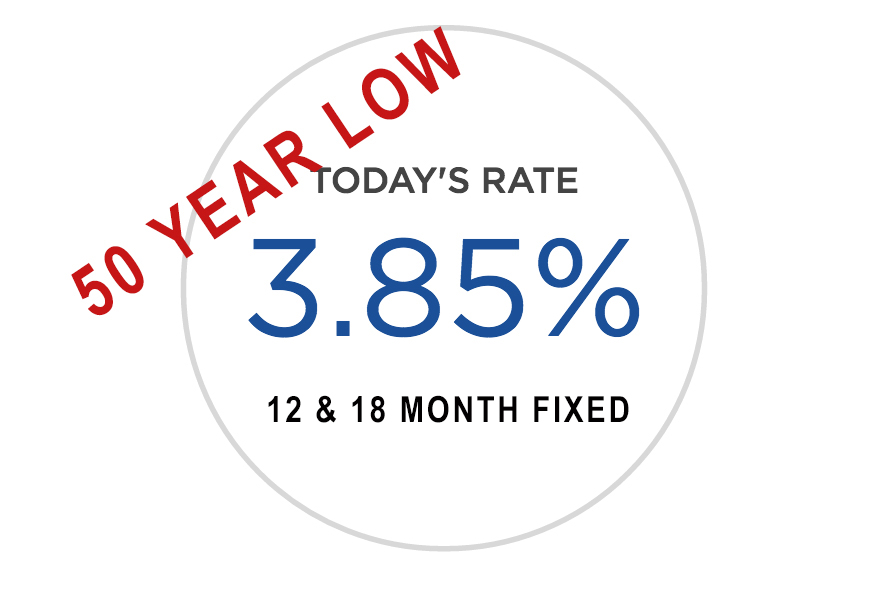 It has announced on its website 'special' new carded rates for both one year fixed, and eighteen months fixed.

The new rate is the same for both terms and is 3.85%, a -14 basis points drop from the 3.99% rate that applied before, and which were already the lowest advertised rates in the market.

Existing customers qualify if they borrow at least an additional $100,000.

Minimum deposit and equity criteria also apply to both groups.

Meanwhile, there is a lot of activity in international wholesale benchmark interest rates. US benchmarks are rising, but so far those changes are not flowing through significantly to New Zealand wholesale rates.

With wholesale swap rates not moving much recently, the retail rate tightening of carded rates is more 'competitive' than cost driven.

You couldn't have asked for better conditions in NZ in 2016.. Low oil, reducing interest rates with an appreciating NZ dollar (trend the other way at present).

Also HSBC are masters in this environment and will hoover up all the borrowers that have large equity protection and plenty of income.

These low rates are also about attracting reducing numbers of new borrowers as well, to prop up the market against which the existing loans have been made.

The holders of Capital will continue to benefit, but will credit this 'success' with their 'hard work' and 'sacrifices made.' But unfortunately they are also the ones that vote.. so the system will continue to favor them until it breaks

It's starting to look like a full scale interest rate war.

ANZ now predicting US 62 Cents to the NZ $ before the end of the year... Inflation pressures are building and the new data hitting desks at the RBNZ will be difficult to 'look through' forever.

Really don't know what all the fuse is about. HSBC are offering FTB's 1.98% for their UK mortgage.

I dont know why people continue to compare different countries mortgage rates.. its irrelevant. To lend money in NZ, you have to obtain the majority of that money from NZ depositors, who in turn demand a certain return. So in the case of nz, our OCR is 1.75% but banks have to offer up to 3.5% (or more at times) to obtain the funds to then lend out. In the UK.. they dont need to pay savers as much, so borrowing costs are much lower. Are we going in that direction.. probably, as the banks struggle to find the lending they will continue to be more and more competitive.. But will be get down to the UK level, probably not. We have a shortage of savers, and regulations that require the banks to be funded by them, so it is nearly impossible structurally

With Adrian Orr looking committed to devaluing the NZ dollar, perhaps more NZ savers will look to how else they can use those deposits rather than losing value in order to help protect property speculators.

Buying USD and sticking it in a safe is probably a better NZD return than term deposits if it keeps going like it has been.

Actually as kiwisaver grows (Especially the cash & default variants) cost of funding for banks will drop. You become less reliant on itinerant savings from the public when you have large amounts of long term savings that are basically captive.

Wow , so what is their weighted average cost of funds if they can offer this type of rate to clients ?

More to the point, what , where is their source of funds ?

Banks in the UK have an average NIM of about 1.65% (2016 - https://fred.stlouisfed.org/series/DDEI01GBA156NWDB), so if 1.98% was indicative of their avg mortgage interest rate then it would imply an avg cost of funds 0.33%. The weighted avg mortgage rate in the UK is actually closer to 3%. Banks in the UK do not need to raise as much money from retail depositors (they have a much larger savings base) and so the pressure to offer larger deposit premiums over wholesale rates does not exist to the same degree

Perhaps scrutinize the quoted source diligently, rather than waste words on disingenuous half -truths. The sub 2% rates are start up rates that revert after 1 or 2 years to variable rates in the 4%-5% range. It is a hook-in price, taking a hit on margin in the first two years followed by a fat margin for the next 23 years.CJ099 has just used a erroneous example.

Strange attack. I didnt put any weight on CJ's example at all.. noting later in my comment that the average rate in the UK is actually 3%. But thanks for pointing out what most ppl probably already figured out

If interest rates plunge below 0.0% - which is not completely impossible - then at least people won't have to pay tax on their term deposit "returns".......

I wonder if Government might pay them a subsidy?

Only if they are banking their benefits

WOW, down, down, down. Wonderful!
I would suggest it is wise to use the extra cashflow to repay the mortgage(s)

Just meeting the market, if thats all the market can pay.

I guess they had plenty of "Deposit Money" to play with.
https://www.marketwatch.com/story/netflix-documentary-re-examines-hsbcs-...