ASB economists say NZ can now 'probably overbuild' for the next couple of years, though there is 'some risk' in doing this

Property
ASB economists say NZ can now 'probably overbuild' for the next couple of years, though there is 'some risk' in doing this 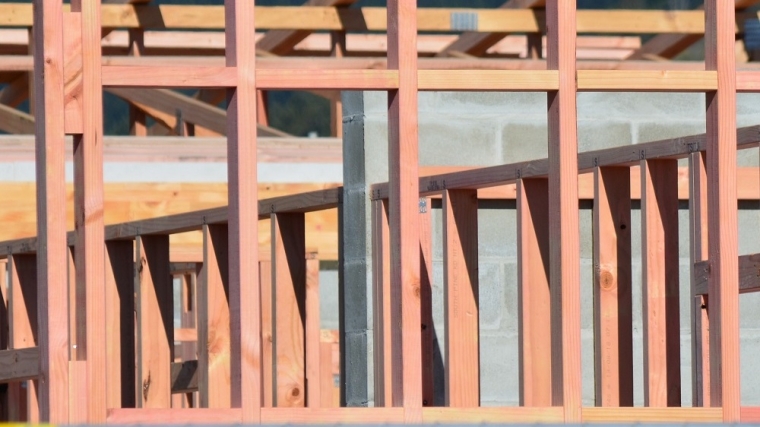 The Covid pandemic is giving New Zealand the opportunity to "finally deal" with its housing shortage, according to ASB senior economist Jane Turner. But there is some risk attached.

In ASB's Economic Weekly Turner says population growth over this year is set to be "very soft" by historical standards due to limited Managed Isolation capacity capping net migration.

With construction "holding up" at record levels, the country can can finally make good progress in reducing the extent of the housing shortage, Turner says.

"NZ can probably overbuild for a good couple of years before housing stock is at risk of being ‘over supplied’."

But this approach, if not carefully managed, "comes with some risk", Turner says. 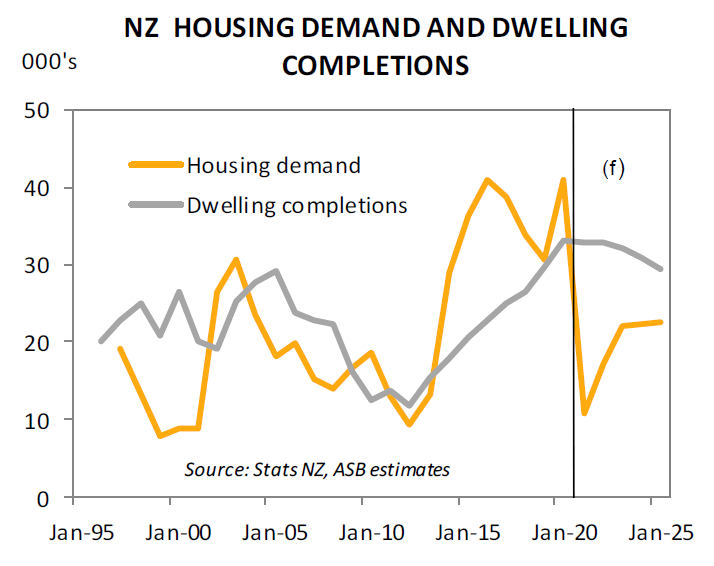 "Price signals are the catalyst for private investors to build – higher prices for existing housing stock increase the incentive to build new houses.

"This risk is, come 2022 and 2023, if population growth does not recover fast enough, will NZ be set for a rather uncomfortable correction in house prices and housing construction?"

"Building work completed over the September quarter lifted a whopping 35% - with residential building activity leading the charge and activity surging to above pre-Covid levels.

Turner says earlier this year, when expectations for the economy were grim, the ASB economists had expected that pending construction plans would be ditched "amid heightened economic uncertainty and rising unemployment".

"However, NZ’s stoic ability to keep calm and carry on proved economists wrong – the NZ economy quickly pulled itself together after lockdown and NZ housing demand is possibly the strongest since the 2006/07 housing boom."

On migration, Turner says prior to the Covid outbreak, net migration into NZ had surged over the second half of 2019 – likely in response to the increasingly tight NZ labour market and demand for skilled labour.

"Given the change in methodology for calculating NZ population growth by StatsNZ, the sheer strength of this population surge wasn’t immediately clear.

"NZ’s housing stock was already stretched due to chronic housing shortages which have emerged right across NZ. Despite NZ housing construction rising to record levels, it has not been able to keep pace with population growth."

I think most new housing stocks will end up in some investors portfolios.

As long as they are building/buying them and increasing the supply of rental properties (instead of existing dwellings)..great

Rental property is only in demand because people can't afford to buy. I agree that investors should be building new houses, not buying existing ones

yip - kill two birds with one stone (reduce demand on existing dwellings while increasing quantity of rental properties on market). Rent and prices should in theory fall - in real terms...(who knows how badly RBNZ is going to devalue our currency..)

I agree I.O.
Making this a requirement for investor activity would help us get out of this $#!^storm that is brewing before the house of cards gets levelled, taking our economy with it.

Rather ironic that a bank is suggesting that now is a time to deal with a raging property bubble. The ruling elite and public still don't seem to understand that the banks are part of the problem, not a solution.

I beg to differ - the ruling elite, public and banks are all part of the problem.

It has to be official now. To paraphrase H L Mencken in 1920:

“As democracy is perfected, the office of Govt and its advisors represents, more and more closely, the inner soul of the people. On some great and glorious day, the plain folks of the land will reach their heart's desire at last and we will be Governed and advised by downright morons unless in their own self-interest they are smart enough to act this dumb, and we are stupid enough to believe them.”

The observations of Mencken, however caustic, are timeless.

Recover is not a word I would use here...it is the word of a brain dead economist who thinks we can grow ourselves out of a hole. Recover is when you get well. We are recovering now as immigration is on hold. Let the 'recovery' from low or no immigration continue.

Trust me. They will be chomping at the bit to let the floodgates open.

Sadly I fear you are correct. They would rather continue to listen to vested interests than listen to expert evidence - see recent NZIER report for productivity commission. https://nzier.org.nz/publication/could-do-better-migration-and-new-zeal…

That puts us in a catch-22.
The key to survival for low-value businesses in our economy is low-wage migration and a rapidly growing population fighting over essentials kept in artificial scarcity.

You beat me to make a similar comment. Rapid population growth got us into this mess, so why on earth do we want to carry on with trying a failed formula.

It is interesting to observe the strident and sometimes vicious opprobrium heaped on boomer investors for their part in inflating house prices. In stark contrast to the muted commentary about reckless government policy that has created one of the highest migration rates in the developed world, dramatically distorting the housing supply/demand balance and delivering real pain to our young people. 'Investors' as a group includes buyers of various ethnicities and ages but you'd not think so to read the angry anti boomer tirades from would be FHBrs in which old white guys are apparently solely to blame for their predicament. The millennial team have instead jumped on a convenient and easy boomer scapegoat bandwagon, allowing them to sidestep the core issue that got us here in the first place. It's a failure of honesty and old fashioned moral courage.

Oh for a steady-state economy - rarely mentioned in my reading/experience.

Covid is opportunity to 'finally deal with NZ's housing shortage'

Covid is opportunity to 'finally deal with NZ's housing shortage'

And how are dealing... by proniting and supporting price rise..... Is this the way to deal? Whom are they helping?

Let's really focus on drastically reducing the demand. Much faster and easier than increasing supply. We need to put the interests of our low income earning renters and aspiring FHBs above the interests of landlords, migrants, banks and business owners relying on slave labour.

Pretty much sums it up eh - if you're a FHB you're a second class citizen in NZ.

IO. What do you think of the lament that our homeownership rates are dropping as though this is a bad thing which needs correcting, given we have intentionally accepted an inflow of migrants that we knew would overwhelm our infrastructure and superheat our housing market ? I suggest it is nonsense to compare data from previous low migration periods and conclude that we are miserably failing. The notion that a new NZ resident from a developing economy should rightly expect to own a year or two after arrival is just silly.

Yip - agree, its a significant input to the problem. But then again, no immigration our nominal GDP might fall and from a political perspective, this seems to be something completely unacceptable (forgetting that real GDP isn't growing!)

I hope the most discriminated ethnicity in NZ (the third largest/variety of Asians), can snap all these housing stocks, it's no longer a shortage. And while the iron is hot, the opportunity are still opening right now to make it more unaffordable, flip it among themselves - so the rest of current govt favorable ethnicities/mentioned every time the second & fourth largest ethnicities can be a good long term tenant, subsidised rental assurances by the govt.

Lots of investors buying off the plans now will really suffer if interest rates rise 1%.