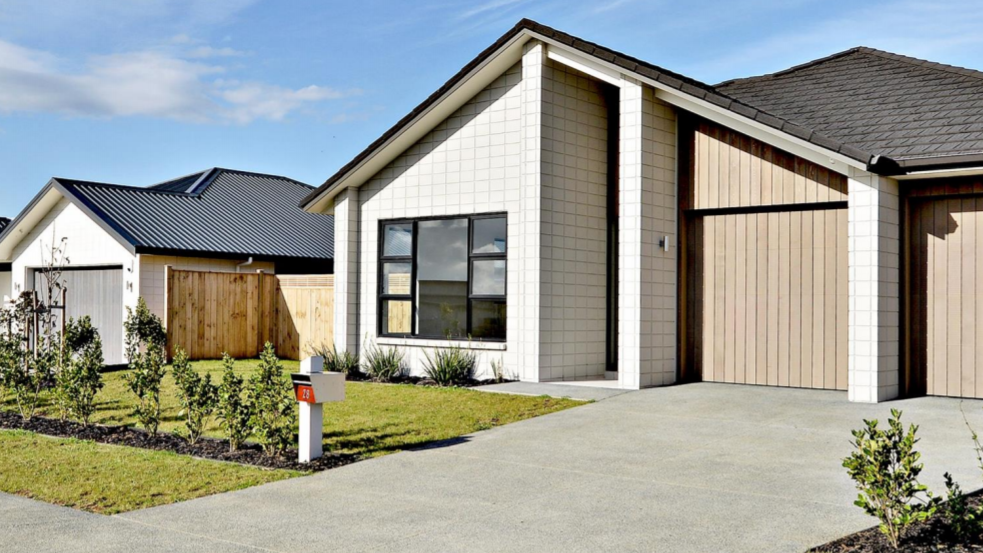 Construction giant Fletcher Building (FBU) is expecting continued "robust" demand for its new houses in the second half of the year, following a massive 130% rise in profits for its NZ house building activities in the first half of the financial year.

The whole Fletcher company reported after tax earnings for the half-year ended December 2020 of $121 million, up from $82 million a year ago. And, there's going to be a dividend, as the company recovers from travails in its large-scale construction projects in recent years. It's paying 12c a share.

But the residential building arm in New Zealand's had a stellar half.

It delivered earnings before interest and tax (EBIT) of $62 million, compared to $27 million in the prior period. That's a 130% rise.

The Residential and Development division reported gross revenue of $356 million, which was $132 million or 59% higher than the prior period.

And there's more of the same expected in the second half.

"Demand for new houses in New Zealand is expected to remain robust," the company said.

It said in the first half the market environment for housing sales "remained positive, with good levels of demand and supportive pricing in both Auckland and Christchurch".

"EBIT for the Residential housing business of $62 million was 130% higher than the prior period, benefiting from both volume and price improvements.

"The business completed sales of 515 units, compared to 293 in the prior period.

"Sales volumes in the current period were boosted by 102 agreements from May and June 2020 which settled in the first quarter of FY21.

"The average price of units sold across Auckland and Christchurch during the period was 5% higher than the prior year, partly due to good demand and partly due to a more favourable mix of housing typologies sold."

The company said the residential division’s Clever Core panelisation factory continued to ramp up production, reporting a small loss in the period on delivery of 34 panelised houses.

Fletcher said in Auckland, the $600,000 to $900,000 price range where the business has focused its activities proved attractive to purchasers, with first home buyers and investors being particularly active.

Sales were equally strong in the Canterbury branch, with a wide variety of product sold in the CBD across key developments at One Central (130 have now been sold, with a further 50 agreements to be settled in the second half of the year) and Colombo St. Sales at the Atlas Quarter development in Christchurch are now complete.

In terms of the company as a whole, this is the summary of the latest earnings:

The company said overall market activity for the second half of FY21 is expected to remain broadly stable compared to the first half of the year.

"Robust activity in the New Zealand and Australian residential sectors, notably for detached housing and renovation work, is expected to be balanced by softer commercial activity in both geographies.

"Demand for new houses in New Zealand is expected to remain robust. Business performance in the second half of FY21 is expected to be driven by a continuation of the improved operating disciplines and efficiencies delivered in the first half.

"The Company’s cost-out programme is largely complete, with gross benefits expected to be broadly stable between the first half and second half of the year. Company earnings are expected to be relatively evenly weighted between the two periods, with strong New Zealand Core volumes and Residential house sales in 1Q21 balanced against earnings from two Development transactions to be completed in the second half.

"FY21 EBIT before significant items is expected to be in a range of $610 to $660 million. This guidance assumes no material impact from COVID-19 on prevailing market conditions."

The company noted that on 11 February 2021, Fletcher Residential and the Crown have signed a Sales & Purchase Agreement to sell the land it owns at 545 – 561 O - ruarangi Road, commonly known as Ihuma-tao, for $29.9 million.

"The financial effects of this transaction have not been recognised at 31 December 2020 and will be accounted for in the second half of the financial year."

More likely to be a buy-back I'd have thought. Business is booming and the balance sheet is solid from the last cap raise.

Perhaps this has changed?

This financial result reminds me that ComCom is looking into our building material sector.

Before all the sceptics weigh in on ComCom being ineffective and toothless, let me remind you that Waitomo and Gull's expansion southwards has picked up rapidly since the new fuel industry legislation introduced a terminal pricing regime in the market, among other things.