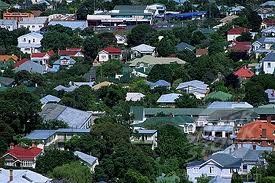 ASB CEO Barbara Chapman is predicting stronger asset growth from the bank in its current financial year as it strives to grow its residential mortgage lending book following a flat performance in the year to June 30.

"I think what you'll see from us over the year ahead is more momentum around asset growth," Chapman said.

"Certainly in terms of our housing book we had quite a flat year and that's a story of two different parts. That's reasonable growth in the ASB branded book - we've been growing at above market there, but we've had quite a strong decline in our third party mortgage book which comes to us through Sovereign - those are clients of Sovereign's brokers largely. We have seen that book in decline."

"But what we're finding over the last quarter is some good momentum coming through in the ASB book and in fact the Sovereign book is showing signs of stabilising. So what I think that will translate into over the year ahead is stronger asset momentum growth for us."

"We're predicting to grow at or above systems growth for housing. I would be expecting us to be increasing our market share over the next 12 months," Chapman added.

Chapman was speaking after ASB yesterday posted a NZ$117 million, or 21%, rise in annual net profit after tax to a record NZ$685 million. This came despite a rise in total lending of just 1.2% to NZ$53.002 billion and a NZ$487 million, or less than 1%, rise in total assets to NZ$63.537 billion. ASB also recorded a 180 basis points increase in its return on equity to 19%, outstripping parent Commonwealth Bank of Australia's 18.6% return on equity which was down 90 basis points. See more on ASB's annual results here.

'Geographical tailwind' in an Auckland housing market that's 'not over heating'

"Obviously the Auckland market is doing well and we're a big part of the Auckland market so there's some geographical tailwind that we experience here," Chapman said. "And we're putting a lot of focus on our third party distribution book too, to improve delivery out through that broker channel and increase the opportunity that we have there, which we probably lost sight of over the last couple of years."

This involved providing a "much better and tighter service" to existing partners. There were no plans to loosen any lending criteria.

Of the Auckland market Chapman said she didn't have any concerns it was over-heating despite Quotable Value and the Real Estate Institute of New Zealand reporting Auckland house prices and values were rising at annual rates of 6.3% and 9.3%, respectively, in July. REINZ also said Auckland maintained its record median price of NZ$500,000 for the third straight month. See more from QV and the REINZ here.

"It's a cyclical market. I think some of the increases that have been going on might look significant compared to what has been going on in the last five years. But if you track back longer than that, I think you'll find they're still relatively conservative increases," Chapman said.

In May Reserve Bank Deputy Governor Grant Spencer said putting limits on Loan-to-Valuation Rations (LVRs) is one of four policies the central bank views as "viable candidates" to put the brakes on any future sustained boom in credit and asset prices. Asked about this Chapman said it was an "unusual position."

"I think that it's incumbent on us to lend money to the right types of customers and to do that properly needs analysis. Everything I've read would suggest that (LVR limits) would slow down the economy to quite a degree so that would need to be carefully thought through, as I'm sure it is being," added Chapman.

As of its most recent general disclosure statement, covering the nine months to March 31, 6.4% of ASB's overall residential mortgage exposure had LVRs above 90% and 10.9% had LVRs between 80% and 90%. See more on this here.

Think this is a result of Kiwibank, Westpac and ANZ National Banks becoming more aggressive pricing wise whilst ASB and BNZ seemed to be sitting on the side lines watching it all unfold.  Further whilst the lending criteria of the other majors has loosened this effectively detracts from what is Sovereigns traditional selling point.  It's all swings and roundabouts as I'm sure ASB will lift their game especially as their strength historically has been in Auckland and they must be fuming to see the growth in this market and the lack of participation.