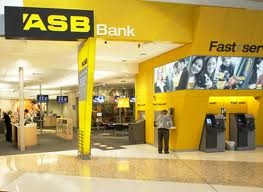 ASB has posted an unaudited 21% rise in March quarter net profit after tax largely due to a 70% drop in impairment losses on loans.

The bank's General Disclosure Statement (GDS) for the nine months to March 31 shows profit of NZ$160 million for the three months to March, which is NZ$28 million, or 21%, higher than the NZ$132 million recorded in the same period of last year.

The GDS shows ASB paid CBA ordinary dividends worth NZ$500 million in the nine months to March 31, compared with just NZ$80 million in the same period of the previous year.

Unlike its major rivals - ANZ, BNZ and Westpac, the Commonwealth Bank of Australia (CBA) owned ASB has a June 30 balance date for its annual results as opposed to a September 30 one.

Big fall in high LVR mortgage lending, but no change to lending strategy

In stark contrast to the December quarter, ASB's home loans with loan-to-valuation ratios (LVRs) over 90% fell in the March quarter, dropping a whopping NZ$1.2 billion to 6.4% of the bank's overall residential mortgage exposure. In the December quarter they jumped NZ$490 million to NZ$3.923 billion, reaching 9.2%. However, ASB's home loans with LVRs between 80% and 90% rose NZ$249 million in the March quarter to NZ$4.635 billion, or 10.9% - up from 10.3% at December 31. Based on the LVR table total residential mortgages, both on and off balance sheet, fell NZ$51 million to NZ$42.533 billion. On-balance sheet mortgages rose NZ$67 million to NZ$37.430 billion.

Via a spokesman, Benjamin Solum, ASB's Head of Statutory Reporting, told interest.co.nz the reason for the big drop in residential mortgage lending with LVRs in excess of 90% was due to the bank updating its methodology to make its LVR disclosures more comparable with prior periods and the bank's competitors.

"The update in methodology, combined with a project to identify LVR information for loans that previously had unknown LVR data and were included in the  greater than 90% LVR bucket, has resulted in a significant decrease in the greater than 90% LVR bucket. This change does not reflect a change in ASB’s appetite for high LVR lending or a change in the home lending strategy," Solum said.

High LVR lending has come under a renewed spotlight recently with Reserve Bank Deputy Governor Grant Spencer saying earlier this month that putting limits on LVRs is one of four policies the central bank views as "viable candidates" to put the brakes on any future sustained boom in credit and asset prices. BNZ, the only other big bank to release a GDS covering the March quarter so far, grew residential mortgage lending with LVRs over both 80% and 90%.

CBA's equity in ASB fell NZ$3 million to NZ$4.018 billion leaving its tier one capital ratio at 11%, down from 11.2%, and its total capital ratio at 12.6%, down from 12.9%. The Reserve Bank mandated minimums are currently 4% and 8%, respectively, although these are set to rise to at least 8.5% and 10.5%, respectively, under the global Basel III capital adequacy reforms.