Spring surge in house listings not enough to keep up with demand; record low listings

Spring surge in house listings not enough to keep up with demand; record low listings 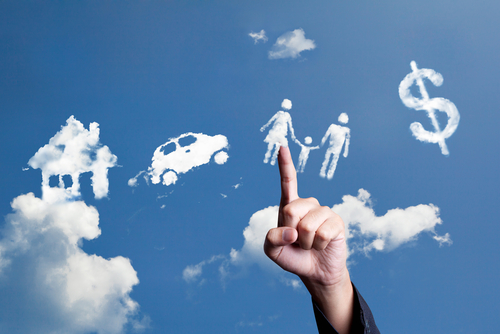 The number of houses available to buy has fallen to record lows, according to the latest NZ Property Report by Realestate.co.nz

The marketing manager for Realestate.co.nz Paul McKenzie said the "flush" of new listings that typically arrive on the New Zealand property market in spring arrived early this year in August.

But even though the number of new listings in August - 10,714 - was up some 3% on the same time a year ago, this was not enough to stop the number of available houses falling to the record lows.

Inventory is measured by the number of weeks it would theoretically take to sell all unsold housing stock on the market.

In Auckland the situation was much more extreme, with the number of available listings falling to just 11.1 weeks worth - a record low for Auckland. Also, Auckland did not have the increase in listings during August that some other regions experienced. The number of August listings was actually very slightly down from the number in the same month a year ago.

The overall fall in inventory for Auckland was a 17% fall from the previous month, when the figure stood at 13.4 weeks and 61% less than the long-term average of 29 weeks. The graphic difference between the Auckland housing market now and during the onset of the global financial crisis is demonstrated by the fact that in August five years ago the Auckland house inventory was a touch under 50 weeks.

Matching the current tightness of listings, asking prices in Auckland hit their highest level in seven years in the past month.

ASB senior economist Jane Turner said that while dwelling consent figures indicated a lift in house building in Auckland, the current rate of issuance (around 6,000 per annum) was "insufficient to meaningfully alleviate Auckland’s housing shortage".

"As a result we expect continued house price growth in the region."

Turner said one encouraging development in the latest Realestate.co.nz figures was the increase in Canterbury listings, which indicated the earthquake rebuild progress was starting to help alleviate some of the supply issues in the region.

"The RBNZ recently implemented high loan-to-value lending speed limits.  While the policy is primarily aimed to address financial stability concerns, the RBNZ also hopes the policy will see some slowing in housing and credit demand.

"Given the broad-based increase in demand and the extent of housing shortages in Auckland and Canterbury, we do not expect the policy to have much effect on abating house price increases.  We continue to expect the RBNZ will start to lift the [Official Cash Rate] from March 2014."

McKenzie said that 15 of the 19 regions across the country witnessed falls in available property levels.

"Inventory levels are now 24% lower than the same month last year, and well below the long-term average of 38 weeks."

McKenzie said record lows in inventory were also seen in Waikato (27 weeks) and Bay of Plenty (35 weeks), in spite of the increase in new listings that occurred last month.

"Such low levels of inventory continue to place the market firmly in seller’s favour in Auckland. This has been reflected once again in Auckland’s average asking price this month of $650,114, the highest recorded in 7 years, and a $10,000 rise on the previous Auckland high in July."

McKenzie said although the market was quite tight at the moment, particularly in Auckland, and Canterbury, that "we can expect to see a increase of new listings coming onto the market in September and October, which will provide a healthy selection of new homes for sale in spring".

McKenzie said although the market was quite tight at the moment, particularly in Auckland, and Canterbury, that "we can expect to see a increase of new listings coming onto the market in September and October, which will provide a healthy selection of new homes for sale in spring".

And if we don't see any meaningful increase in listings?

Why won't the politicians look at some sort of stamp duty or financial transaction tax on property transactions?  Even if it does nothing to curb house prices it would be an easy source of revenue that would catch foreigners,  would not be overly complicated or costly to administer and would not fluctuate with down turns in the housing market like capital gains would.
Say a flat 4% tax was applied to the purchase price of all residential property payable by the purchaser before the title could be transferred.
Give owner occupiers a rebate/exemption of up to $20K to give them an advantage over investors.  Link property titles to IRD numbers to track which houses have been registered as owner occupied and whack cheaters with 100%+ penalties if they try to play the system.  Have a seperate rate for bare land and exempt new builds/homes to encourage investors to provide quality accomodation to their tenants.
Will probably generate a couple $100M that could be pumped back into other housing inititives.  Might not be quite as fair as a capital gains tax, but would be a lot easier and cheaper to comply with.  The main drivers for capital gains tax are accountants and lawyers anyway.