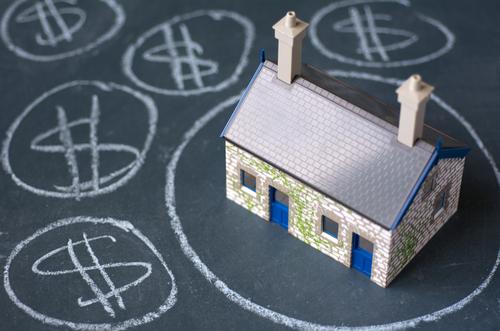 Banks let their belts out a little in the past month and increased the portion of high loan-to-value mortgage commitments for the first time since 'speed limits' were introduced on LVRs by the Reserve Bank in October.

Figures for February from the RBNZ showed that after excluding loans exempted from the LVR limits, the banks' share of high LVR lending rose to 4.2% in the month from just 3.8% in January. Previously, since October, the percentages had plummeted as banks retreated en masse from high-LVR commitments. But more recently some big banks  have suggested there is now scope for them to start resuming some LVR lending.

The banks had $200 million worth of new commitments in February that were classified as high LVR loans, up from just $147 million the month previously. Before exemptions, the portion of high LVR loans in the latest month was 5.2%, up from 4.8% in January. Total new mortgage commitments by banks in the month were $3.863 billion.

Some crunching of the numbers says that for the five months to February, total new bank commitments were $20.382 billion, of which $1.481 billion were high-LVR loans, with $225 million worth of these applying for exemptions.

Based on the new figures, during that five month period bank's total share of high-LVR lending was running at 7.26% before exemptions and just 6.16% after exemptions. Add in the fact that the final percentage figures will be lower once the new build exemption is added and it can be seen that the banks have been taking no chances that they will come anything close to bumping against the 10% 'speed limit' ceiling once the first calculation of the ratios is carried out after the end of this month.

As of October 1, according to the new Reserve Bank rules, all banks were limited to committing no more than 10% of their new lending to mortgages exceeding 80% of the value of the property being bought.

The latest figure of 4.2% of high-LVR lending compares with over 25% in September, the last month before the speed limit took effect.

And the latest figures compared with a high-LVR portion of lending of 12.7% (before exemptions) and 11.7% (after exemptions) for October.

The figures as of yet do not include the more recently announced exemption on new builds, which is being applied retrospectively to October 1. Therefore it can be expected that the current LVR figures being produced by the banks will ultimately show even smaller percentages of high LVR loans once the new build exemptions are retrospectively incorporated.

When the RBNZ announced last August that it was introducing the LVR speed limit from October 1, this was in response to figures showing that some banks were rapidly increasing the proportion of high-LVR lending on new commitments.

The RBNZ was concerned about a potential risk to financial stability that could occur from a sudden shock to the housing market.

First home buyers are those seen as most effected by the LVR restrictions. The Government was known to have wanted to have first-time buyer exempted, but the RBNZ was not keen on exemptions. However, it subsequently relented on exemptions for new builds.

Exempted lending categories include lending made under Housing New Zealand’s Welcome Home Loans scheme, refinancing of an existing high-LVR loan, bridging finance or the ‘porting’ of a high-LVR loan between properties.

The RBNZ says that banks’ compliance with the high-LVR speed limit will initially be measured against the average high-LVR share after exemptions figures taken from October 1, 2013 to March 31, 2014. Thereafter, it will be measured against the 3-month rolling average for the larger banks (ANZ, ASB, BNZ, Kiwibank and Westpac) and the 6-month rolling average for the smaller banks.

However, the number and value of loan approvals continues to fall year on year based on today's weekly RBNZ data release.

Wheeler might as well have farted into Cyclone Lusi when he introduced these LTVR rules in the first place .
Whether he likes it or not , the demand for shelter ( as basic human necessity) currently outstrips supply , and this will override any laws designed to deny people a roof over their heads .
He was merely treating the symptoms and not the causes

Exactly and the Government are the only insitution that do the necessary investment for this major issue and therefore are lacking in their duty!
NZ need more affordable accomodation in high employment areas or transport to encourage economic growth and better communities.

why are rents in Auckland still relatively cheap then?

Relative to what rjf, cos it sure ain't incomes

What evidence do you have that demand for shelter outstrips supply?
Where are the people living in tents?  Where is the additional overcrowding?
Household sizes in auckland are continuing to shrink indicating no shortage.
Rents are pretty flat indicating plenty of supply.

What it indicates is saturation point in terms of what people can afford. And who suggested people are living in tents, although plenty are living in garages or those little removable cabins that have proliferated around the place.
Truth is home owner-occupier numbers are falling and that is all that matters and is the true indicator what is happening.
It is time that investing in housing was not such an attractive thing to do, and restack the deck in favour of people owning their own.
Can't have that though, can we, as we need a "mobile" and "flexible" workforce which, if you think about it, is something that home ownership will not make someone. It will instead steady society and again people will mow their berms as they take pride in their HOMES. Oh no, can't have that now, can we?

Renting a home and buying one are , apart from providing shelter,  two totally different things .
Purchasing requires committment , a long term view , saving a deposit , financial discipline , and the ability to borrow a significant sum .
Renting is a short term view , requires no capital or long term committment .
If the e supply of houses for sale exceeded demand , the prices would not  have increased by 36% in the past three years .
There is a severe shortage of affordable housing , I know we are looking for one for my daughter .

If 10,000 more mid-price houses were built/supplied in Auckland, would prices actually fall? Or would they all get soaked up by the many foreign buyers from off-shore?  A few thousand houses are a drop in the bucket compared to the cashed-up buyers from countries with a billion or 2 population, fleeing human rights restrictions & govt corruption etc.

Oh so you are not talking about a shortage of housing for shelter, there is no such shortage, but rather you are talking about a shortage of housing for ownership.  Well there i agree with you.  With all the tax breaks you get on rentals, boomers would be mad to put their cash anywhere else,  If i have 200K i can put it in the bank or sharemarket, get 5-15% less 33% tax.  Or i can take out a mortagage, make a 'loss' on the investment as the rent doesn't cover the mortgage, get the public to subsidise my investment in terms of writting that loss off against my income to get the income tax on my day job refunded, and all the while profit from capital-gains tax free.

repeating the lie doesn't make it true.
profit (ie your or business income) on rents is taxed 30%.

what profit?  you make sure the mortgage is big enough and combined with other expenses (insurance etc) you make a loss and you get refunded tax on your personal income instead of paying tax on the rental income and capital gain.    Do i really need to explain the property investment game to a regular of this board?

The Govt leant on Rbnz to try lvr to lessen any push for rate hikes during election year.  Nice try.

Actually the government didn't want the RBNZ to introduce the LVR restrictions at all.

The Govt may not have wanted some of the results of the new LVR restrictions e.g. locking out FHBs, but they did want other options explored other than'hike the rates to cool Auckland housing' right before a general election.
The 'mortgagebelt' gets grumpy when rates hike, & that translates into less votes for the incumbent Govt.

Is that officially or policy/backdoor , Mr GV?