A maximum penalty of a $25,000 fine will be levelled against home buyers breaching the new rules requiring disclosure of IRD numbers

A maximum penalty of a $25,000 fine will be levelled against home buyers breaching the new rules requiring disclosure of IRD numbers 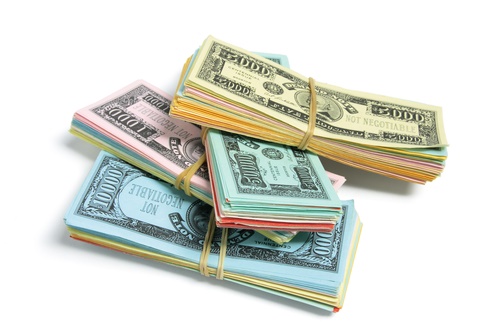 A maximum penalty of a $25,000 fine (or $50,000 if it's a repeat) can be levelled against people breaching the new rules requiring disclosure of IRD numbers when buying a house.

The Government announced the new rules in the lead-up to the Budget in an effort to help take some steam out of the over-heating Auckland property market.

Legislation around the new rules was introduced into Parliament this week. In conjunction with this, regulatory impact statements prepared by the Inland Revenue Department after the proposals had already been publicly announced by the Government, were also released. The rules are intended to apply from October 1, which will also be the start date for new Reserve Bank restrictions.

The IRD statements show that the IRD was opposed to the Government's plan that the buying of main/principal homes be exempt from the rule to disclose an IRD number.

It wanted this new rule to instead to apply to all purchases, believing the exemption would make the rules more complicated and also, that it (the IRD) might not in the case of exemptions be told about regular buyers and sellers of main homes (who would theoretically be liable to pay tax) as well as those who subsequently change the usage of their house.

The IRD also thought the exemption rule could be unfair on the likes of people who inherit a house and who might be required to disclose their information despite not having a tax liability.

Additionally, the IRD was also opposed to the Government's new requirement for overseas buyers to have a New Zealand bank account when buying a house (and that this would be needed to get an IRD number). The IRD considered the latter would not be necessary as it would effectively be covered off by the [yet to be progressed] next phase of the anti-money laundering rules.

The IRD also said it was not apparent that, for individuals, the general anti-money laundering (AML) checks that a New Zealand financial institution would carry out would yield significantly more information than Inland Revenue collects as part of the current IRD number application process

The Government has, however, drawn the legislation up as per its original announcement.

The other big part of the Government's proposals, the plan to tax people on proceeds of house sales conducted within two years of buying the property, is being dealt with separately and a discussion paper on it will be released later in the month.

The legislation introduced into the House this week is The Taxation (Land Information and Offshore Persons Information) Bill, which will make amendments to the Land Transfer Act and the Tax Administration Act.

The specific part in the legislation regarding penalties for those breaking the new rules (which will be incorporated into the Land Transfer Act) is as follows:

In the regulatory impact statements the IRD concedes that while the Income Tax Act 2007 contains provisions that impose income tax on certain property transactions, such as on land bought with the intention of disposal and land acquired for the purposes of a business dealing in land, the Act creates these obligations, "the Government is concerned that compliance with these provisions is relatively low".

Further, the IRD said, Government considers that "compliance by non-residents might be particularly low".

"This may come about as a result of ignorance of the tax rules. However, it is recognised that enforcing tax rules on non-residents is very difficult, especially those with only limited involvement with New Zealand. The fact that Inland Revenue does not have the data involving certain transactions means that the scope of the problem is not able to be quantified."

So if property buyers lie about their IRD details all they face is a maximum $25,000 fine.

As if foreign property buyers are going to be terrified about the "potential" of a maximum 25K fine.

That's pathetic. You're not getting my vote again National.

Probably get offers before you get out of Auckland International Airport

25,000? With auckland house prices going up cira $1000/week, in less than a month a foreign investor will have covered that cost of doing business.

Arent penalties supposed to be a deterrent?

You seem to be under the misapprehension that paying the fine is the end of it, investigation over, matter closed.

In addition to paying the fine (per infringement), you have to furnish the correct details, which will be subject to much more stringent verification, because you have been caught being liberal with the truth.

Not sure how an IRD or bank account number black market would work within these constraints, seems like a one way ticket to an unpleasant few years in jail.

If foreign buyers get caught deliberately falsifying their IRD details then they should have their property confiscated. End of story.

I agree, bought under dubious circumstances. But this is JK and he won't do anything.
I wonder if supplying false details a 2nd time is counted as fraud though which would have a bigger fine/sentence especially for a NZ based proxy.

If they get to keep their property, the fine will be seen as just a cheap stamp duty. How about confiscation?

typical National, we are going to put rules in place but we are going to make them that weak they are meaningless. if should be like Aussie they have to sell within a year, also they can not claim tax losses and pay CGT

Under the changes, foreign buyers who breach the rules will face three years in jail and fines of $127,500 for individuals and $637,500 for companies.

net income attributed to foreign residents attracts a minimum tax rate of 32.5%
Conversely, if your investment is negatively geared then any loss you make can be used to offset other
income earned in Australia, or in the absence of other income it will simply accrue indefinitely and
be available to offset income in the future, or any capital gains tax that arises on sale of the property.

The dash for cash and the Custodians of Auckland at work

As Auckland twists and bends to accommodate more people, more cars, more houses, it would be foolish to think that where we go to worship now will still be there tomorrow

It's not the fine that matters, because yes it's pocket change. What matters is having to provide a legitimate IRD number when caught. Providing the IRD number is the real penalty and will act as a deterrent for some foreign buyers.

The level of wheeling and dealing and speculation being undertaken by Chinese in Auckland is nothing short of incredible and seems to have ramped up since the recent government and Reserve Bank announcements. The auction room and entry area at Barfoots yesterday was packed with Chinese. Felt like I was in the heart of Shanghai. The auctioneer was the only person speaking English.

We will definitely be in a spot of bother when the auctioneer is speaking Chinese also.
Maybe then the PM for Parnell might admit we have a problem.