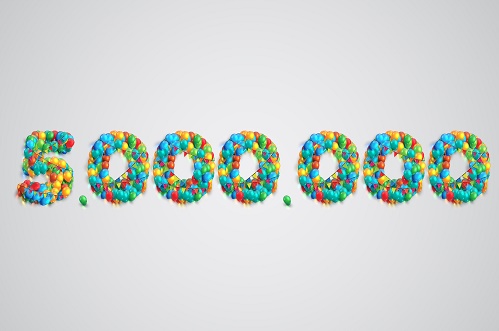 The Inland Revenue Department estimates that the Government's new 'bright-line' test on property sales, announced with some fanfair as part of the Budget, will raise just $5 million a year in additional tax revenue.

This estimate is contained in the IRD's regulatory impact statement released this week in conjunction with the introduction into Parliament of the Taxation (Bright-line Test for Residential Land) Bill. The bright-line test targets properties resold within two years of purchase.

In order to give that $5 million revenue estimate some scale, according to Treasury figures the total tax revenue collected in New Zealand last year was $61.5 billion.

In the regulatory impact statement, IRD officials say the additional $5 million-a-year revenue estimate from the bright-line test is based on a number of behavioural assumptions, "which are inherently difficult to quantify, such as the number of sales that would be delayed in order to exceed the two-year holding period".

"The actual revenue collected under this option may be significantly more if the behavioural responses are different to those assumed," they say.

The officials also expect the two-year timeframe to be applied will cause "an economic distortion" because it will create a “lock-in” effect.

"In other words, it creates an incentive for people to hold property for longer than two years to avoid the bright-line test.

"For example, a person may avoid selling a property at the highest price, within two years to avoid the bright-line test. The person who is offering the highest price can presumably put the property to its most valuable use. This means that people may not undergo otherwise efficient transactions and put property to its most valuable use due to the bright-line test," the officials say.

IRD says a total of 14 submissions were received.

"Submitters who did not support the bright-line test [found it] to be unprincipled and likely to only apply to persons who are forced to sell property due to circumstances outside of their control."

However, the majority of submissions focused on the design of the bright-line test.

There were five main areas of concern raised by submitters. These were:

"The majority of concerns regarding these issues was that the proposed design is not fully aligned with the current land sale rules. Submitters were concerned that the areas of departure would create greater complexity and they were typically not taxpayer friendly," IRD says.

IRD says it's made several changes to the technical detail of the proposal in response to submissions and to address complexity concerns raised by submitters. These include:

Okay , why don't they just do a Capital gains tax , and say you get taxed as per the tax tables for your code on the gain ?

So I sell my house to downsize and get nailed

It only applies to second homes or rentals, doesn't it?

It would seem to be a Claytons tax- a tax you have when you don't want a tax, but to give the appearance of doing something about foreign buyers of property.
If at some stage the government do wish to collect tax on property without having a capital gains tax, I wonder if they will follow the British Conservative government's recent move to not allow deduction of interest as an expense.
The cat would be enjoying a pigeon feast there if it were not the conservatives who had brought the measure in.
http://www.telegraph.co.uk/finance/personalfinance/investing/buy-to-let/...

Hundreds of thousands of landlords and their accountants are digesting the impact of George Osborne’s shock tax change unveiled in the summer Budget on July 8.The tax increase, on which there was no consultation, will be phased in from 2017 and fully implemented by 2020. The change was unexpected, and the new regime is highly complex, so investors and their tax advisers are only now fully grasping its effects. Many investors remain unaware of the change, or underestimate its severity.
All higher-rate taxpayers who own buy‑to‑let properties on which there is a large mortgage will pay substantially more tax. Some current basic-rate taxpayers will also be hit, because the change will push them into the higher-rate tax bracket.

Looks like the whole notion is being watered down to nothing.
In fact this tax will only make property dearer than ever because people will rather hang on and wait out the time than sell and risk tax.
If you want to hold prices down you make it easier to sell, not harder.
It would be much more effective to tax those who don't sell, rather than those who do.

Perhaps a graduated tax rate depending on how low long you owned right up to 10 years would have been better.

That avoids the discrete "hold for two years" or "not" distraction. The benefit of holding off selling is too high, and the period is too short to prevent people holding off!

Indeed the gradual tax rate up to 10 years would have been MUCH better.

Agreed - the two year rule could lead to a 20% to 25% supply cut therefore prices rise even further than they would have without the rule. Unintended consequences!

You've gotta laugh if this is the most important "insight" provided in their analysis.

Which purchaser was therefore going to put said house to its "most valuable use"?

Encourage investors to hold past two years = reduced churn? I'm sure the real estate agencies will be thrilled with this :)

Perhaps this tax will only earn $5M a year over the next few years. The reason being that property values in Auckland are most likely going to fall for a few years so there won't be a lot of capital gain to tax.

a lot of people, IRD wanted 10 years min 5 years, it would not have captured the serious long term rental owner, instead national in their wisdom go two years, just long enough for speculators

I'd suggest you didnt want to capture the serious long term looking for positive cash flow landlord. So those making a living / business for a substantial part of their lives are OK I consider them "the real thing". The property gamblers buying hoping for a bigger fool in 6 months, yes get taxed, seems fair to me.

Lots more needs to be done to discourage landlords altogether, much more. Positive moves to highly favour the home owner/occupier are needed or NZ society will be utterly wrecked forever. There needs to be a figure to be aimed for to hold the number of rental properties, especially stand along houses, at. I am thinking no more than 20-30% leaning toward the lower number for stand alone houses and making a few concessions for rental apartments and those that offer long term leases that allow people to make homes in, and leases that can be transferred similarly to commercial ones.

you wont get those with both hands in the cookie jar(MP landlords) voting to put the lid on.
even though their job is to make NZ a worthwhile place to live, raise kids and do business

well all those wannabe FHB could just buy outside Auckland. stop pumping in cash and loans into public auckland, make it pay it's way on cash, stop selling to foreign sourced money, teired tax rate on multiple properties.

but where are the FHB going to get stacks of cash to turn into dead equity?

Great, in 5 years it earns almost as much as the flag change referenda cost.