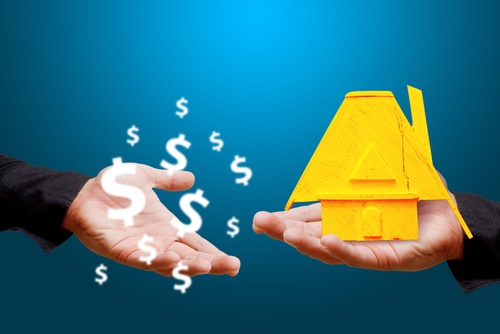 The Inland Revenue has come up with its proposals for taxing people who sell houses (other than main homes) within two years of buying them - and the news is not great for people who are forced to sell, or for those acquiring property through a relationship split.

Also, people who sell a home within two years that they have lived in as a main home, but also derived investment income from, might be in for a bit of an unpleasant surprise as well.

After coming under pressure to do something about the overheating state of the Auckland housing market, the Government announced as part of its Budget a series of measures, including creation of a new, so-called "bright-line test" to tax gains from residential property sold within two years of purchase, unless it's the seller's main home, inherited or transferred in a relationship property settlement. The new rules are set to apply from October 1, which is when new Reserve Bank restrictions.will also come into effect.

While much was made of the "bright-line test" signalling the arrival of a capital gains tax, in reality New Zealand already had one - though the question was on how widely it was enforced.

Theoretically somebody who makes gains on sale of a property that was purchased with intention of resale can be taxed, but the emphasis is on IRD to prove "intent", which can be problematic.

"The intention test can be difficult to enforce due to its subjectivity," IRD concedes in its issues paper.

"The bright-line test is intended to deal with the problem by supplementing the intention test with an unambiguous objective test.

"The objective nature of the test means the bright-line test will make a sale of residential property taxable when the seller did not acquire the property with an intention of resale and when a person needs to sell property due to circumstances outside of their control. This is unavoidable for the bright-line test to achieve its goal of being objective and unambiguous."

There is an underlying theme in the issues paper that people will be judged by what they did - not what they intended to do.

But there's actually very little else said on the whole issue of what happens if somebody actually has to sell a house (not their main house) within two years of buying if their personal situation suddenly deteriorates.

In a one-sentence section headed: "Disposals under insolvency", IRD states: "Disposals also occur as a result of individual or corporate insolvency. Officials welcome submissions on how the bright-line should apply to disposals in these situations." And that's it.

As previously announced, inherited properties are excluded, as are those acquired through a relationship split - but the two categories are not treated identically.

Under the current proposals, somebody who inherits a property bought within a two year period is exempt from tax not only on receiving the property - but also if they then on-sell it still within the original two-year period. No tax.

However, the same doesn't apply to a relationship break-up. A wife may for example get a house that was bought as part of the relationship within two years of the split without facing any tax liability, but she can't then on-sell it within the original two-year period without incurring a tax liability.

The is how the IRD explains the different treatment:

Accordingly, the preferred approaches under the bright-line test differ for property transferred following a death to that under a relationship property agreement.

It is acknowledged it could be argued that the same approach should be adopted to both types of transfers.

It is considered, however, that there is a principled basis for distinguishing between the two circumstances, and providing for different treatments.

• A transferee following a death does not have any choice about what property is transferred to them. They can refuse the legacy or gift but they cannot choose to receive different property. The transferee, therefore, may become a reluctant landlord or property investor following a legacy or gift and it seems appropriate to allow them to dispose of the property in those circumstances without being liable to tax. In contrast, there is more opportunity to negotiate the property that a transferee receives under a relationship property agreement. In those circumstances, it seems more appropriate to apply the current rollover relief but have no exemption for any subsequent sale.

As has been well-stated, the new rules are intended to be exempt for main homes. However, the issues paper points out that this may not be the case where somebody is also deriving investment income from their main home.

In an example citing "Carolyn", the IRD says Carolyn owns a three story house. "Carolyn resides on the first floor of the house and rents out the other two floors. This house would not be covered by the main home exception as the house is not used mainly as a residence – its main purpose is instead as a rental property."

In terms of actually defining what constitutes a "main" home - in cases where people have multiple residences - the IRD says the main home is the one the person has the "greatest connection" with.

It says the factors that determine "these connections" would be similar to those used to determine whether a dwelling is a person’s “permanent place of abode” for residence rules and include:

When is it bought?

One potential area of controversy over the new proposals may well be how the "two-year" period is actually applied. When is a house actually bought? When is it sold?

The IRD has clearly seen the possibility of people stretching this. Therefore it has decided that for the purposes of the bright-line test a house shall be deemed bought only once the title is registered for the purchase.

"Where a seller has a different lawyer or conveyancer for the sale than they had for the purchase, the seller may not have access to the original sale and purchase agreement. This can mean it is difficult for the seller to know the original date they entered into a sale and purchase agreement, and for Inland Revenue to verify that date. This means that using the contract to purchase date as the date of acquisition would create uncertainty," IRD says.

However, a different rule will apply once the property is sold again. The person who's bought that house will then have deemed to have sold it simply once the sale and purchase agreement has been signed.

"This would mean that the relevant date is different for acquisition and disposal," IRD concedes.

"We think this is necessary, as using the date of registration for disposal leaves open an opportunity to avoid the bright-line test by artificially deferring a sale."

"...The registration date could be deferred while still having the same economic outcome as a sale. This would provide a significant avoidance risk. As a result, we consider the date for disposal should be the date a person enters into a contract to sell the property."

that social connection issue is dodgy. Better to replace it with "nominated abode" and limit the frequency of change. far fairer, easier to monitor, and importantly not subject to whims/background of IRD personnel

(In the IRD example) Andrew should have had a pre-nupt!

Typical of the IRD is the convoluted approach it takes to writing policy..........they appear to be trying to widen the gap far further than what the Government stated.......obviously the IRD do not understand the problems and the information that was released in the budget.
If implemented as presented then there will be significant detrimental effects!!! This is not going to end well!!