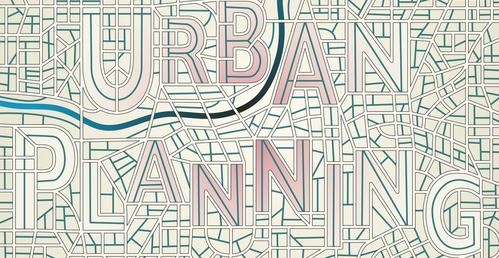 The Productivity Commission’s final report on improving urban planning in New Zealand has highlighted the need for far-reaching change, starting at the top: The Government must scrap its ambiguous Resource Management Act, and replace it with new legislation providing more central guidance and less restrictive rules. Much of the report looks at the well-documented problems in Auckland.

The recommendations range further. The examples above are just some of many that can be directly linked back to recent calls from political, academic and planning circles for change, including:

Labour housing spokesman Phil Twyford’s call for central government to use its creditworthiness to cover borrowing for Auckland infrastructure; The recent discussion on water pricing; constant calls for a re-evaluation of NZ land tax settings and economists' calls for considerable land acquisitions under the Public Works Act (see page 369 for more on this).

The system has failed

Commission Chair Murray Sherwin was frank in his assessment of the problems inherent in New Zealand's urban planning framework, and the potential positives from change. The current system was failing, Sherwin said.

Underlying political dynamics had constrained the effectiveness of the planning system for both urban and environmental outcomes. Change was required at both a central and local government level.

“We can see that the system is under stress in failing not only to cope with the challenges of high-growth cities, but also to protect important parts of New Zealand’s natural environment,” he said.

The lack of central government guidance had led to decisions that suited local interests, but which had negative wider impacts, such as rising land and housing prices. “The harmful effect of spiralling house prices is indicative of a serious imbalance between supply and demand,” Sherwin said.

The potential gains from making the substantial and far-reaching changes recommended by the Commission were very large. Few participants in the inquiry were happy with the current system, and many were strongly critical, believing the RMA had not worked as intended, or needed a substantial overhaul.

“Regulation of the built and natural environments touches all our lives. It affects the places we live and work, the recreational spaces where we love to play, and the special parts of New Zealand’s natural environment we wish to protect,” Sherwin said.

“Getting a planning and resource-management system that is fit for purpose has the potential to deliver access to affordable housing and well-paying jobs, in vibrant, dynamic and liveable cities, and in a country where the natural environment is cherished and protected.

“Putting the Commission’s reforms into practice will take time and persistence, but they are both achievable and realistic.”

Included in the report were considerable comments on Auckland’s urban planning system.

The report released Wednesday was commissioned by the Government in 2015. It is 516 pages long. The 64 specific recommendations can be read from page 433. Interest.co.nz has published a selection below. A large number of findings can also be read from page 433, including a swathe of criticisms of the current system:

The Super City legislation is the problem, not the RMA.

In the rest of the country the infrastructure challenges are a lot less. It is a lot harder in a big city.

Infrastructure is a lot easier in a big city, as a large economy of scale exists as people live closer together. This why the big cities are rich.

WRT housing the main problem will be creating a fair system of city infrastructure funding that goes with the increased freedom to build.

On the wider issue of the RMA and what to do about it???? In Canterbury it has been a massive fail.

Canterbury's most significant resource -alpine quality fresh water is in danger of collapsing.

Basically the unreformed RMA as administered by Nick Smith and the National Party has made a wasteland of our two biggest regions.

Auckland is a socio-economic disaster due to the housing crisis.

Canterbury under National has turned into Cowtopia -where the gains from dairy farming are privatised to the few while environmental costs are socialised to the many.

It is a ecological time bomb as big as the housing bubble. When it hits -which will be when the big slow wave of nitrate pollution coming from Cowtopia enters the aquifers under Christchurch -then all hell will break loose.